Prints, futurism and the New York Underground are just a few of the influences for designers this season. 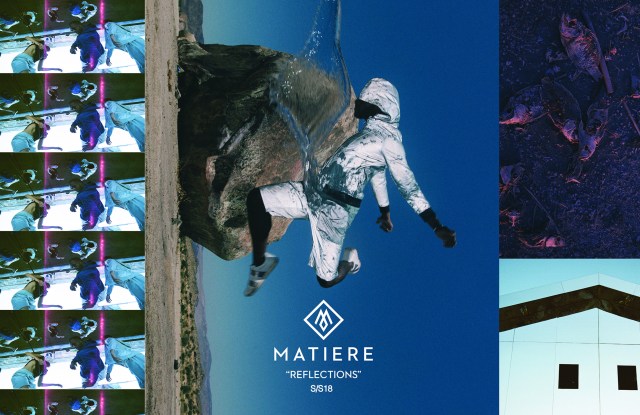 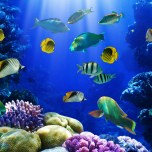 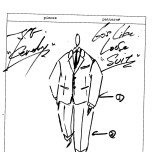 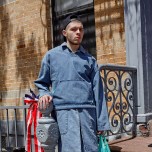 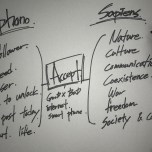 “The spring 2018 collection draws inspiration from the lyrics of John Denver’s song, ‘Rocky Mountain High,’ with an emphasis on the lyrics ‘serenity of a clear blue mountain lake.’ During these unsettling times in America, we’re asking: ‘What does a modern manifestation of that time look like for 2018 and beyond?'” — Parke Lutter and Ronen Jehezkel, Parke & Ronen

“The colors and vitality of the ocean are amazing. It’s the opposite of Mars. The collection is loosely based on Donovan’s hit song from 1968, and Plato’s description of Atlantis in 368 AD. The ‘Atlantis‘ collection is really a metaphor within a fashion show.” — Nick Graham

“Fulfilling All Righteousness is the analysis of the social and cultural impact of colonialism in West Africa. Highlighting the transition from colonial to postcolonial periods and the creation of a counterculture by the younger generation in the late Sixties and Seventies.” — Taofeek Abijako, Head of State

“The eyes of tomorrow cannot open until the eyes of today close.” — Julian Woodhouse, Wood House

“For spring 2018, I continue with my vision of creating a unisex collection of softly draped looks mixed with unexpectedly structured and tailored pieces. The disruptive collection blends the ancient Eastern world with modern-day New York City, looking ahead and blurring lines of traditional fashion and gender.” — Raf Swiader, R. Swiader

“For spring 2018 we break the rules, mixing piqué with nylon and stretch poplin for a fresh take on a springtime classic. With this new collection, Daniel Hechter Paris welcomes the Millennial generation and brings the traditional Hechter man into the fold.” — Christophe Blondin Péchabrier, Daniel Hechter

“The main theme for SS18 is the mystical peacock, a play on the multitude of ‘eyes’ found on its tail-feathers which, for us, we use as an abstract direct reference of modern society’s obsession with vanity and the like.” — William Watson and Vincent Oshin, Death to Tennis

“Spring/summer 2018 is inspired by a relationship and symbolism of the grenier, or attic, that spans generations of my uncle’s family in the south of France.” — Emily Bode, Bode

“Summer of Ease — The Boss Menswear Spring/Summer 2018 collection captures the mood of a mellow summer’s day at the seaside.” — Ingo Wilts, Hugo Boss

“We are evolving from homo to phono sapiens. Just like hippies, we are full of freedom, coexistence and peace. We declare our generation ‘nippies’ [net+hippies].” — Bumsuk Choi, General Idea

“He had been rolling up and down the incredible electric-sign gauntlet of Las Vegas’ strip, U.S. Route 91, where the neon and the par lamps — bubbling, spiraling, rocketing and exploding in sunbursts 10 stories high out in the middle of the desert…” — Tom Wolfe, “The Kandy-Kolored Tangerine-Flake Streamline Baby”  — Tony Liu, You As

“The Palmiers du Mal spring ’18 collection was created around the concept of a debauched, Dionysian clergy — one that indulges their secular desires without reproach along the sultry shores of the Riviera, laden with wine, leading us to question every authority and what we’ve been told to believe.” — Shane Fonner, Palmiers du Mal

“Protocol 18 is the control of intelligence between the agency and the hacker.” — Kenneth Ning

“This season I was inspired by the many styles of John F. Kennedy.” — Daisuke Obana, N. Hoolywood

“This collection revolved around the conception of a ‘dream pool party’ and what one would wear to this transcendent location. In my mind, I envisioned transplanting the Casa de Serralves from Porto to a fertile corner of Bali, fusing the modernist design of the Casa with Ubud’s traditional landscape and distinct aura.” — George Sotelo, Thorsun

“We were inspired by the work of Tadao Ando. He once said, ‘If you give people nothingness, they can ponder what can be achieved from that nothingness.’ We wanted to explore this idea of a new minimalism for spring/summer 2018.” — Matt Breen, Patrick Doss and Andrea Tsao, Deveaux

“The collection is called ‘The Masks We Wear.’ Clothing in itself is a mask we put on every single day. It is one that attaches us to a certain tribe of people and ultimately influences how the world perceives us.” — Matteo Maniatty, Descendant of Thieves

“Our SS18 collection, named ‘WIDE AWAKE,’ combines aspects of our culture and upbringing in the U.K. Interpreted from Britain’s victorious war era and Nineties British subcultural outfitting, ‘WIDE AWAKE’ is inspired from a Winston Churchill propaganda poster, which appears in prints and within the overall design of the collection.” — George and Mike Heaton, Represent

“Inspired by the works of artists Sean Scully and John McCracken, we’ve reimagined the American classics with an innovative approach to proportion and color.” — Martin Andersson, Theory