The new and noteworthy designers creating buzz within men's wear. 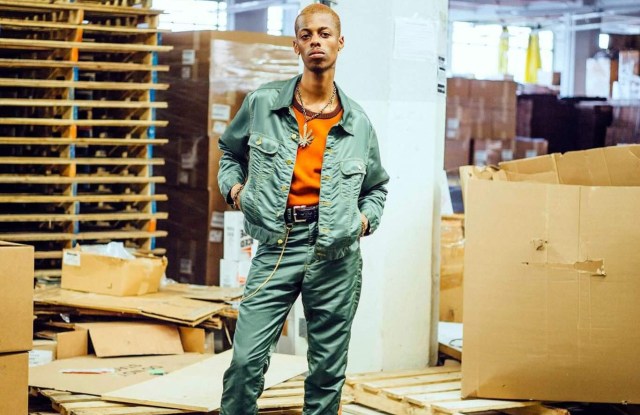 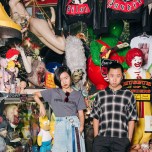 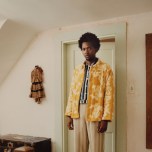 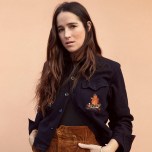 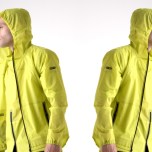 Backstory: The duo met while they were design students at The New School’s Parsons School of Design. Both China natives who had emigrated to New York to fulfill their dreams in fashion, they graduated in May 2015 and blended Qu’s talents in women’s wear and Li’s in men’s wear to create Private Policy. They offered up a range of unisex silhouettes in high-quality fabrics such as satin/velvet, silk/wool and fur, with a mission to reinvent downtown streetwear. But the collection also delivers a loud societal message and a call to action — prior seasons have taken on issues such as slave labor and global warning.

Spring Inspiration: Trinkets: A View of America Through Foreigners’ Eyes. The idea behind the collection is that in light of the current political climate, the idea of the American Dream may be lost. So the duo collected some pieces from ordinary life and infused them into Native American-inspired vests and jackets, reinvented denim jackets and pants embellished with rhinestones and abstract prints that resemble the Thank You plastic bags used at convenience stores around the country.

Why They Want to Show in New York: New York is where Private Policy is based and its inspiration. “The brand expresses the New York rebelliousness and pursues freedom, and we always strive to give NYFW: Men’s something fun for the eye and something intriguing for the thoughts,” they said.

Aesthetic: A blend of sports and streetwear with a healthy dose of technology.

Backstory: The New York native grew up in the apparel business, learning the industry at the knee of his grandmother, who was a dressmaker. That was the start of a journey that led Bevans to work with celebrities such as Sean “Diddy” Combs, Jay Z, Damon Dash, Kanye West and Pharrell Williams. Although he always had dreams of creating his own collection, Bevans got an offer from Nike that he couldn’t refuse, so he moved to Oregon to become design director for the company’s urban apparel. Eventually he “stepped off the Nike platform” and created Dyne, which has the lofty goal of redefining the active lifestyle category by offering a tailored street aesthetic that incorporates the advanced textile technology the designer learned during a stint at MIT’s Media Lab. This includes incorporating such advances as near-field communication chips into garments that communicate data to the wearer on everything from fabric specs to fun YouTube videos.

Spring Inspiration: In his second showing during NYFW: Men’s, Bevans will offer up an assortment of updated classics that he says “feels more athletic in a very tailored aesthetic.” Favorites include a jumpsuit that is reminiscent of mechanics’ suits as well as a pullover in a stretch performance woven that zips from the bottom up. “I’m trying different things, that what I do,” he said.

Why He Wants to Show in New York: Bevans cut his teeth in New York, learning the trade alongside his grandmother, attending the Fashion Institute of Technology and having the city as his home base before heading west to work for Nike.

Aesthetic: Bode speaks to a sentimentality for the past with modern men’s wear silhouettes united with women-centric traditions of quilting, mending and appliqué.

Backstory: Bode was born and raised in Atlanta, and spent her summers in New England, where she frequented antique shops and shows with her mother. Through that she was introduced to age-old techniques and fabrications. “I have always been drawn to hand-work, craft and labors of love,” said the designer. “The stories told through craft and the sense of the hand, the individual maker, drew me to them.” Bode eventually moved to New York, where she graduated from Parsons and the Eugene Lang College with a dual-degree in men’s wear design and philosophy. She used influences from the South and New England to create Bode, which launched in 2016.

Spring Inspiration: This season Bode is inspired by the relationship and symbolism of the grenier, or attic, that spans generations of her uncle’s family in the south of France. Bode said the attic exists as a space for memories of yesteryear and to reflect upon and embrace one’s mortality.

Why She Wants to Show in New York: Bode is based in New York and all of its garments are made in the city. Bode said, “The city itself is representative of the diverse histories and personal narratives that inspire me.”

Backstory: Chavarria, a Mexican-American, grew up in Huron, Calif., a small town near Fresno, and held design stints at Ralph Lauren and American Eagle Outfitters before starting Palmer Trading Company, his Made in the U.S.A. men’s wear line that leaned heavily toward workwear and was snapped up by Japanese retailers. Now he’s exclusively focused on his namesake assortment of men’s wear.

Why He Wants to Show in New York: “New York is home. It makes sense to express the message of the collection with the city that helped to inspire it,” said Chavarria.

Backstory: Kawanishi, who’s Japanese, started out as a women’s conceptual designer. While attending Central Saint Martins and later Parsons, he created fantastical pieces including a shower curtain and shower rod fashioned into a dress and a strapless garment modeled after an oversize backpack. That piece in particular caught the eye of Daniel Huang, a 32-year-old who owned a manufacturing factory in Sunset Park, Brooklyn, who reached out to Kawanishi about creating a line. Kawanishi obliged and started Landlord, which was named after the career path immigrants often take to achieve success. He brought on Naoki Masuda, who formerly worked at Thaddeus O’Neil and Brooklyn Tailors, as a business director and technical designer to help realize his vision.

Why New York: “New York is our home and where we met all of our team,” said Kawanishi.