Kailand Morris, the son of Stevie Wonder, is among the faces of the line, which ranges from suit jackets to jogging pants.

PARIS — In the post-COVID-19 era, men’s tailoring and sweatpants are not mutually exclusive, according to Kim Jones, artistic director of men’s collections at Dior.

Jones has designed a capsule collection dubbed Modern Tailoring, launching worldwide today in selected Dior men’s stores and online, that offers an updated take on formal dressing with the addition of some sportswear staples. The range is represented by a suitably eclectic group of friends of the house.

Among the talents photographed by Brett Lloyd for the project are model Kailand Morris, the son of Stevie Wonder and fashion designer Kai Millard Morris, who interned at Dior last summer; French actors Arnaud Valois and Jérémie Laheurte, and Younes Bendjima, the former boxer, model and founder of creative agency Studio FY7. 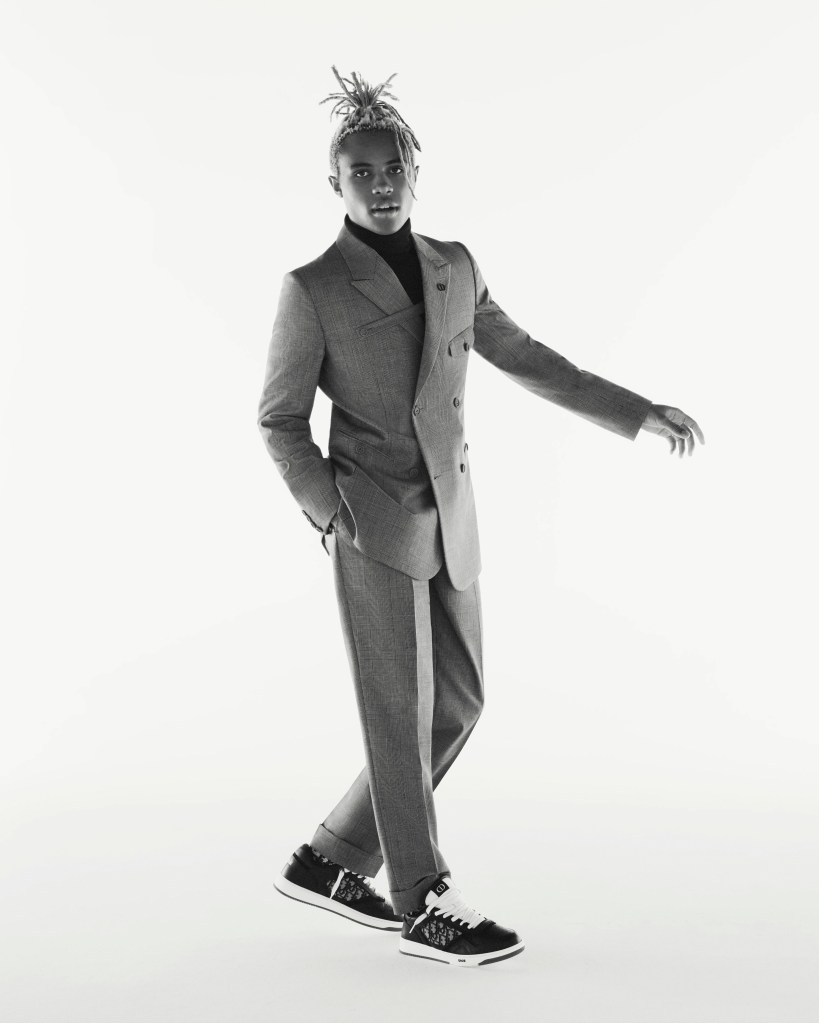 Tailored clothes were undergoing a revival after years of streetwear dominance when the coronavirus pandemic hit, but Jones has always been a firm believer in dressing up, especially since tailoring is a foundation of the Dior men’s wear business and key to the house’s haute couture heritage.

The line consists of three jackets and three pant styles available in three cloths. “Dior Modern Tailoring redefines the masculine classical wardrobe with a generally active take. Mixing and matching pieces and fabrics you can have different looks from a casual or fashion silhouette to a more elegant one,” Jones said.

There is a double-breasted jacket with a cross strap, a second model with a workwear vibe, and a third, more laid-back zippered Harrington jacket. Details on the blazers include matte black pins with the CD initials, fabric-covered buttons borrowed from the historic women’s Bar jacket, and a lining patterned with a “cannage” motif.

Bottoms consist of a suit pant, a revisited chino and a jogging pant. Fabrics include a plain black virgin wool and mohair blend, a textured micro houndstooth, and a Prince of Wales check. The looks are finished off with CD loafers or the brand’s new B27 sneakers. 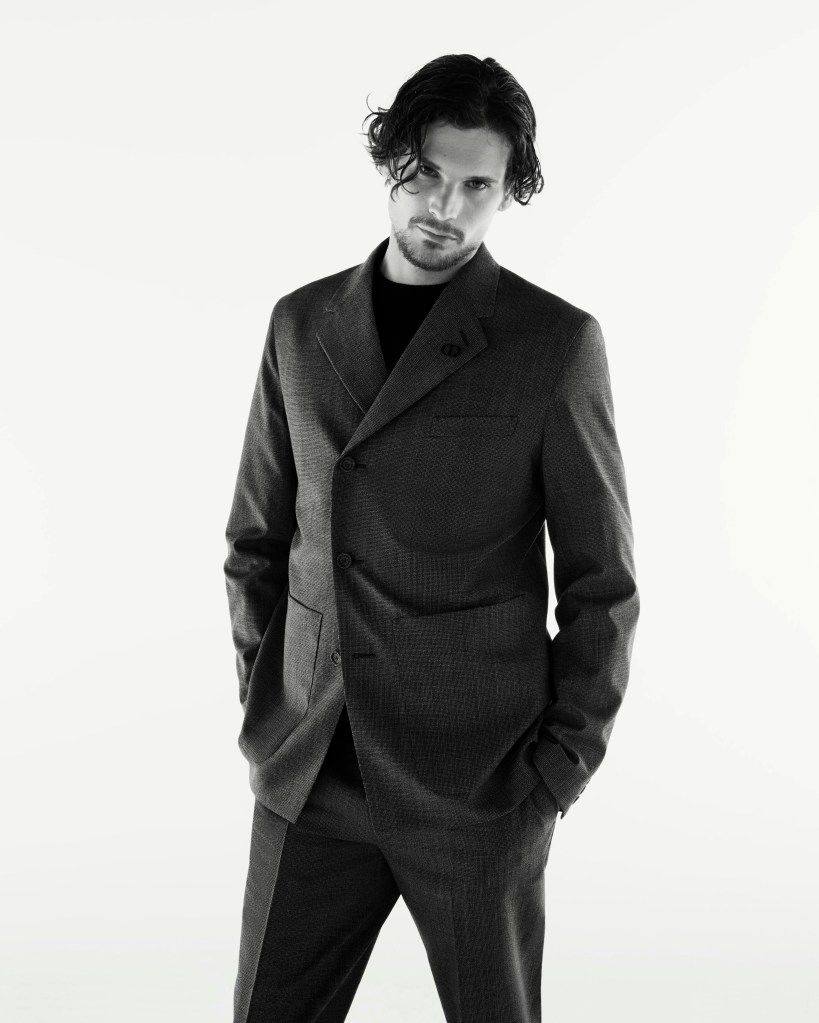 “Tailoring, elegance and couture are the key elements here at Dior, and I would like to build on that and work with it. That’s what Dior stands for and what people require and attracts them to Dior,” said Jones.

“I wanted to retain Dior’s tailoring aspects, which are an important part of the business, but I wanted to make them more contemporary and a little more relaxed at the same time. I did not necessarily want to make suits that people wear to work, but design suits that men would love to wear to work,” he added.

In an interview with WWD last year to mark his award for WWD Men’s Wear Designer of the Year, Jones reported that young men have adopted suits as a wardrobe staple.

“You know what’s interesting, when I go to the stores, and I go to the one in SoHo in New York, it’s all the NYU students saving up to buy a suit from Dior for their graduation. I would never have thought of that when I was a kid, and I certainly wouldn’t have been able to afford it, but times have changed,” he said.

“It’s not always the people you expect to buy suits that are buying them. But we cater for everyone and I think that’s kind of super important. I know our customer base is wide,” he added.

The Modern Tailoring capsule is separate from the Dior Essentials line launched last year, which consisted of timeless items such as a denim jacket, a trenchcoat or a gray sweatshirt, alongside a revamped tailoring collection including Jones’ signature side-buttoned Tailleur Oblique suit.