EXCLUSIVE: Mytheresa to Launch Men’s Wear for a Post-Streetwear World

The Munich-based retailer is looking to offer a new elegance to men who are fed up with the casualization of fashion, or just curious about what's to come.

Mytheresa's home page, which will soon have a men's element.

LONDON — This is a man’s world, to borrow from James Brown, with big retailers such as Harrods, Harvey Nichols and Selfridges casting fresh eyes over their men’s fashion floors and expanding their spaces to cater to a brand-conscious generation.

Mytheresa, which until now has sold women’s wear only, is vaulting into the arena with a gutsy proposition to deliver a new elegance to the category, complete with a lineup of luxe brands, tailored clothing and price points suited to shoppers with deep pockets.

Where other retailers may be stretching their offer or floor space to include more streetwear, T-shirts, sneakers, grooming products and entry price points, Mytheresa is taking a different direction in the belief there is untapped demand for a new take on the classics and a more formal attitude. 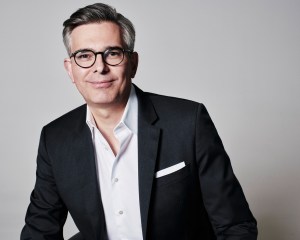 While Mytheresa’s offer will include sneakers and lots of casualwear, anyone looking for pure streetwear will be let down.

“It’s high-fashion, post-streetwear,” said Michael Kliger, president of Mytheresa, in an interview. “The tailoring, the suiting, the appreciation of classic fabrics, will be different from what we had before streetwear. It will be the next evolution.”

Although Mytheresa has come late to the digital men’s wear space — Mr Porter launched in 2011, while Matchesfashion has always carried men’s — Kliger said the time is right for the retailer, which had wanted to focus first on its global positioning in women’s wear.

Men’s also comes on the heels of a children’s wear launch in January as Mytheresa seeks to broaden its offer and build revenue. In the nine months ended March 31, the company had $311.5 million in sales and $17.4 million in operating earnings before interest, taxes, depreciation and amortization, or EBITDA.

The bulk of the business right now comes from Europe, which represents 60 percent, and Mytheresa’s native Germany, the biggest market. Asia generates 25 percent of the business, while the Middle East and the U.S. kick in a combined 15 percent.

Kliger said the brands were asking Mytheresa for men’s, too, wanting to display their full offers on the site in a moment of coed shows and androgynous fashion.

More importantly, Mytheresa wants to take advantage of what it sees as a pivot away from streetwear. “The men’s market has evolved dramatically, growth is quite strong and there’s been a shift in direction. We see an opportunity,” he said.

Mytheresa’s men’s wear is set to launch in January, with buyers doing appointments now in Europe. As reported in March, the German retailer has named Sneakerboy founder Chris Kyvetos to be its new buying director of men’s wear.

Kyvetos, a serial entrepreneur who founded the Australian chain of concept showrooms selling high-end and mass-market sneakers via iPad, has been tasked with building a dedicated men’s wear team and developing the retailer’s market strategy for the category.

Kyvetos is also the buyer and franchise partner of Balenciaga in Australia, and previously served as a consultant at Stylebop, another Munich-based e-commerce site. 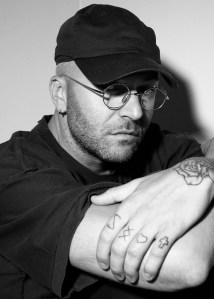 Richard Johnson, Mytheresa’s chief commercial officer, said during the same interview that while the approach and the service will be similar to that of its women’s, the men’s element of the site will have a different look and feel.

Mytheresa men’s wear will launch with 130 to 150 brands, and the offer will be tightly curated, according to Johnson, a relatively small number compared with competitors. In women’s, Mytheresa offers less than 300 brands, about half that of some competitors.

Johnson said Mytheresa is looking to target two groups. One is the classic luxury customer who, in his opinion, hasn’t been well-serviced over the past few years, due to the dominance of streetwear and the casualization in the men’s business.

The other set is made up of “younger, fashion-savvy guys looking for a very, very clear evolution of streetwear, which is certainly going to be our take in a strong way,” he said, adding that while streetwear and sneakers will be on the site, the focus will be much more on luxury brands, and some contemporary designers.

Johnson believes the customer is primed for a new approach to dressing.

“Guys in the last 10 years have become way more fashion literate and way more confident in the way they put things together. It’s normal now to mix Loro Piana with Loewe, or to put Brunello Cucinelli with Margiela. I think the boundaries between what is classic and what is fashion are now starting to blend much more.”

Asked about the customer profile, Kliger said demand for high fashion in men’s wear is “more global than in women’s wear“ and more present in Asia than in Continental Europe. 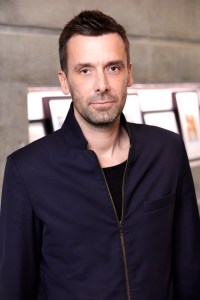 “He could be a Brunello Cucinelli lover in Munich or a Margiela shopper in Seoul. They can be 20 years apart in age, but what they will share is a keen interest in quality, which is why we’re moving toward a slightly more sophisticated aesthetic, and towards brands with heritage,” said Kliger.

The new men’s offer will appear on the Mytheresa.com home page, but with different visuals than the women’s.

Kliger said once men’s lands in January, Mytheresa.com will be “one house, but two apartments,” with different photography, typography and use of color. He said he expects a good amount of cross traffic on the site, and women shopping for men.

He added the focus will be on the merchandise rather than on editorial or lifestyle features. “The product is king, and for us the product detail page is far more important than the home page. On the men’s side, the real action is on those pages,” he said.

Asked how big the men’s business could get, Kliger said the top priority is to become an authority in the men’s space. He said the size of the business, in the end, will be guided by the overall market. For some of Mytheresa’s luxury brands, he added, men’s is 30 to 35 percent business, while for others it’s split 50-50 with women’s.

All major luxury brands will be present on the site, said Johnson, including Gucci, Balenciaga, Saint Laurent, Prada, Thom Browne, Fendi and Loewe, as well as some emerging men’s designers. “These are designers who’ve got a clear sense of their own aesthetic and what they stand for. We won’t be carrying a lot of on-trend brands.”

The same goes for footwear, which will also have a big presence on the site. Johnson said sneakers will continue to be an important category, “but in a very edited, curated way. We’re interested in the originators, original products, design and creativity within this industry.”

Johnson said the teams will be looking beyond sneakers, to “hybrid ideas already emerging from the market, designs that are somewhere in-between sneakers and formal shoes. There’s starting to be more interest in men’s shoes again, but it’s not necessarily going back to traditional leather footwear. There are some very original, very interesting ideas emerging that we’re already seeing in the showrooms.”