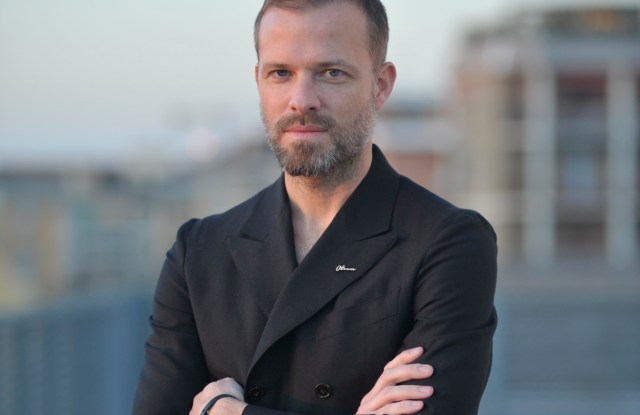 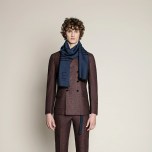 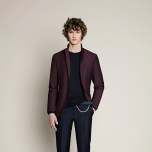 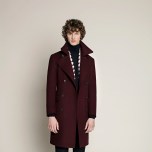 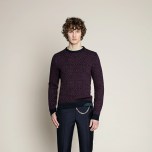 MILAN — “Making the brand younger, clean, more modern and elevated, slighter closer to the Isaia brand but distinctively different” is the mission that Simon Spurr said he embraced when, in November, he joined Eidos, the Isaia company’s advanced contemporary firm.

The New York-based, British designer — who has worked in the men’s wear departments of labels including Saint Laurent, Calvin Klein and Ralph Lauren before launching his namesake brand — presented his first Eidos collection exclusively to WWD in the new Isaia headquarters here.

In order to attract “more fashion customers” but at the same time target a broad audience in terms of age, Spurr designed a versatile collection that, unlike the quintessentially Italian Isaia tailored line, is rooted in an international aesthetic.

In keeping with the British designer’s signature style, the lineup is focused on clean, lean silhouettes infused with a touch of “romanticism and sensitivity,” explained Spurr, who also highlighted the “wearability” of the collection.

A look from the Eidos fall 2018 collection.  Andrea Delbò

Featuring more tailoring than in previous seasons, the Eidos fall 2018 effort offers impeccable slim suits, including styles with double-breasted jackets reworked to accommodate six vertical buttons, instead of four. While the overall silhouette of the pants is straight and slim, Spurr also introduced double-pleated trousers with a tad more voluminous carrot shape.

The Latin word “Otium,” which refers to “the idea of detaching from one’s daily business to engage in more artistic and intellectual pursuits,” appears on the pins decorating the jackets but also is embroidered on a cashmere sweatshirt layered under a blazer.

The geometric patterns that punctuate the collection, including a graphic featuring the letter E drawn inside a circle and a square rendered on a warm wool poncho, refer to the work of artist Sol LeWitt, one of the founders of post-minimal art in the Sixties. Another pattern of diagonal half squares, splashed on a T-shirt and on the lining of a trenchcoat, is inspired by Marcel Breuer’s IBM building in Nice.

A look from the Eidos fall 2018 collection.  Andrea Delbò

While the collection was rooted in a classic men’s palette, Spurr introduced pops of bright color, including green and a pink shade, which were used for a quilted bomber jacket and a cozy knitted sweater, respectively.