Fendi continues to rev up its men’s wear business, planting a diminutive, yet eye-catching boutique in the Marais, the French capital’s buzziest fashion neighborhood. 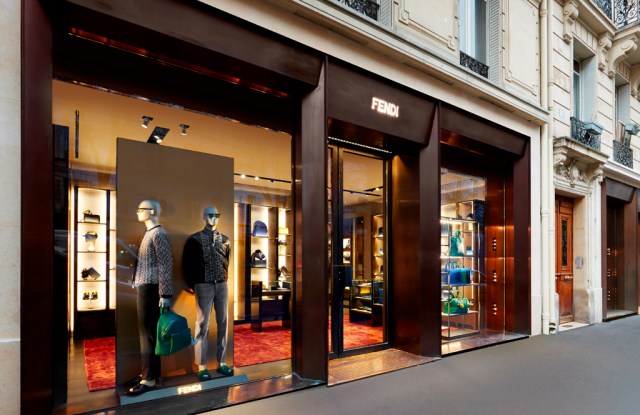 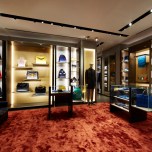 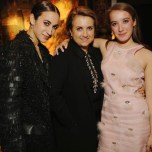 PARIS — Fendi continues to rev up its men’s wear business, planting a diminutive, yet eye-catching boutique in the Marais, the French capital’s buzziest fashion neighborhood.

It’s the first men’s-only location in Europe. The first in the world opened last year at the Elements Mall in Hong Kong.

“It’s a tiny shop, which I like,” Silvia Venturini Fendi said Tuesday night as the Roman house christened the bijou unit, roughly the size of a one-bedroom apartment, on the Rue des Archives here. “It’s a start.”

The Roman house joins a strip of luxury men’s labels that are new to the district, including Moncler, Gucci and Givenchy, as the BHV Marais department store overhauls an entire city block with shopping and dining attractions skewed to a male clientele.

“It’s a creative neighborhood, and young people like to shop in the area,” Venturini Fendi said as she surveyed the shop, ringed with floor-to-ceiling displays of luxurious leather goods, the ready-to-wear hung in a corridor leading to the fitting rooms and cash wrap.

The 700-square-foot unit opened quietly in mid-February, but on Tuesday night, waiters

While best known for its furs designed by Karl Lagerfeld, and such handbags as the Peekaboo, Baguette and 2Jours, Fendi has been ratcheting up its men’s department since 2012, when Venturini Fendi, who oversees accessories, also turned her hand to the men’s collection and put the brand back on the Milan calendar.

It made its full-scale runway debut for the fall 2014 fashion season, and the collection since has been hinged on gentlemanly classics elevated with intense fabric research, elite craftsmanship and lots of leather and shearling. For example, its fall 2015 collection included a shearling coat etched to resemble corduroy, one of the hottest fabrics of the season.

While small, the Paris boutique showcases all product lines, including shoes, small leather goods and shearling bag charms in the shape of light bulbs.

“With this store we want to speak to and capture clients that are in line with our idea of the Fendi man: modern, contemporary, international, connected and attentive to real quality without ostentation,” said Pietro Beccari, Fendi’s chairman and chief executive officer. He noted Fendi’s men’s rtw and accessories are “growing more and more in these last seasons, with a rising request from both faithful and new clients, always very sophisticated.”

The historic Marais district dovetails with “an aspect that is close to Fendi’s personality: the harmonious coexistence of modernity and tradition, two of Fendi’s distinctive characteristics,” he added.

The Italian brand is hunting for a location for men’s wear in New York, which couldn’t be accommodated in its new Madison Avenue flagship, though a men’s-specific boutique is unlikely to open before next year, as reported.

At Tuesday night’s cocktail party, Delettrez toted the tiniest Peekaboo bag imaginable, too small even for her iPhone, which she clutched separately. What does she put in the charm-sized accessory? “Nothing,” she laughed, chatting about her forthcoming relocation to London and plans to steer her jewelry designs in a more classic direction, meaning no more single statement earrings. “I’m going back to pairs,” she said.

De Givry, who played opposite Greta Gerwig in “Eden” last year, said he’s eyeing roles in English-language movies, and brushing up on his parlance. “I would like to have a British accent,” he mused, also citing a fondness for movies by the Coen brothers and Noah Baumbach. “There’s a new wave of independent filmmakers in America that’s really interesting,” he said.