John Varvatos: Marching to His Own Beat

A night out with John Varvatos at a Paul Weller concert in New York shows off the designer’s musical references and points to his rock sensibilities. 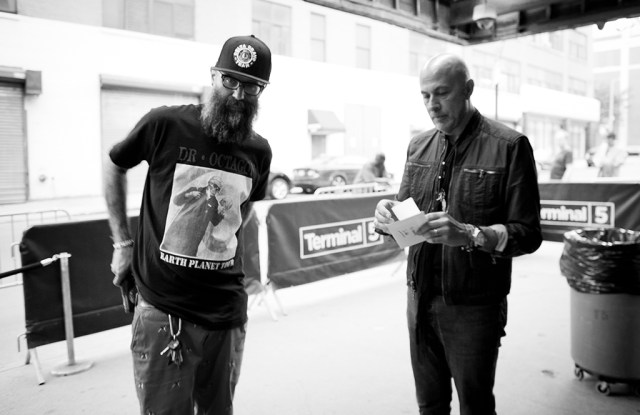 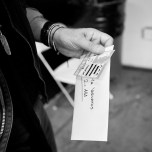 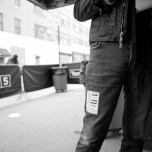 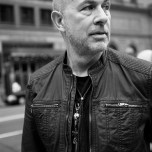 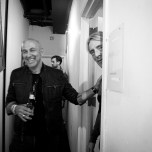 ‘Like a lot of kids, I thought about being a rock star and a singer,” said John Varvatos. “But I never really pursued it because I didn’t have that caliber of talent.”

So he channeled his creativity into becoming a designer instead, developing a now well-established aesthetic that is infused with rock-’n’-roll influences, and over the years attracting a cult following among the very singers he admired.

One of those singers is Paul Weller, who started out with The Jam and The Style Council before going solo in 1991. “He was in our ad campaign four or five years ago,” Varvatos said over a Diet Coke prior to a recent Weller concert at Terminal 5 here. “I’ve always been a huge fan of The Jam and The Style Council and I also think he’s one of the most stylish guys in music.

That’s true in the case of Weller, who has his own men’s wear line called Real Stars are Rare, a collection of basics such as suits, henleys and slim-cut trousers.

“Make sure you mention my line,” Weller said immediately after greeting Varvatos backstage with a bear hug.

“It’s really just a labor of love for me,” the singer said of the Real Stars collection. “It’s manufactured in Portugal and available by mail. I’m a clothes buff and as long as I can remember, I’ve loved clothes. In fact, I taught John everything I know.”

Varvatos smiled and brought the conversation back to Weller’s family and touring schedule.

Even when he’s hanging out with rock legends, Varvatos is still soft-spoken and down-to-earth. Dressed in a distressed leather jacket, worn-in boots, chunky silver jewelry and a casually tied neck scarf, Varvatos could still pass for a rock star. But considering his success in fashion, he appears to have chosen the right path.

Since launching his own brand 15 years ago, Varvatos has built a solidly successful men’s wear label with reported sales of over $250 million. In 2012, Lion Capital LLC acquired a majority of the company from VF Corp., with Varvatos owning the remainder, and the two are working together to expand the label here and abroad.

All along the way, Varvatos and music have remained hand in hand — as is evident in the inspiration for his spring 2016 collection, which will be shown Thursday as the close of NYFW: Men’s. Varvatos describes it as “a bit of British-dandy-meets-Seventies-SoCal,” adding, “There’s definitely a Keith Richards vibe in parts of the collection.”

No wonder, as Varvatos says, that “our style appeals to a lot of musicians. They started shopping with us and we designed clothes for their tours. Being a music nut, when I talk to them, they know what I’m talking about. They look at me as being more in their world than mine. I’m not perceived just as a fan who’s using them for their connections, and that’s the biggest honor.”

Over the years, he has used musicians such as Ringo Starr, Iggy Pop, Alice Cooper and Kiss in his advertising. His New York City flagship is in the former site of the seminal rock club CBGB. His office is filled with autographed instruments and framed photos of luminaries in the music industry. And in 2014, he even teamed up with Republic Records to start his own record label, where he serves as president and curator.

Varvatos stresses that his record label is eclectic and not just for rock artists. In fact, the first group to sign on was the Zac Brown Band, which is a country act.

His musical tastes run the gamut as well. “I listen to a lot of jazz, mostly old classics,” he said, adding that he “can’t work in the office without music playing. But I’m inspired by different kinds of music. I probably have 15,000 to 20,000 vinyl records.”

The father of three has also passed down his love of music to his children, who listen to everything from punk to country. Varvatos lights up when he talks about his youngest, a seven-year-old daughter, who recently informed him while “Rock and Roll All Nite” used to be her favorite song, she now likes pop music.

While Varvatos doesn’t shy away from his rock sensibility, he believes his label is more than just one-dimensional. “I’m definitely inspired by rock, but it’s not the only thing. That’s a misnomer to a degree,” said the designer, whose career path included Polo Ralph Lauren and Calvin Klein. “Most of what I design is just great clothes with great attention to detail.”