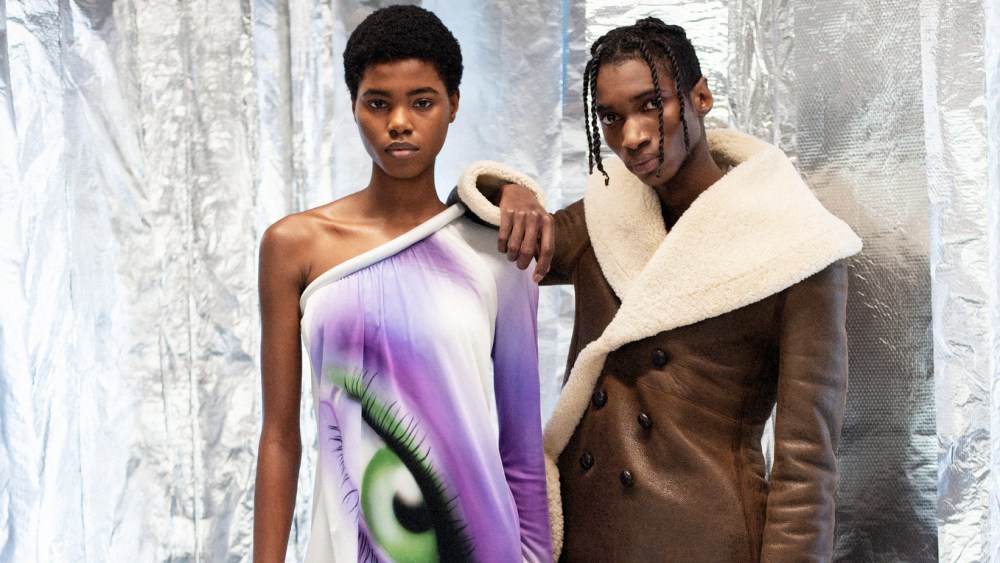 LONDON — It won’t be the thrumming club night that Jonathan Anderson had in mind, but Sunday’s digital presentation of the JW Anderson men’s fall, and women’s pre-fall, collections should deliver the same good vibes as the live event that was originally planned for Milan.

Due to concerns about the Omicron variant, Jonathan Anderson won’t be staging a physical show at Milan’s Teatro Principe. Instead, he’s opted for a similar venue closer to home: Scala, a club and live music venue near London’s King’s Cross station.

He’s filmed the collection as a runway show-cum-live event (without an audience present) and plans to layer in further digital content during the day. There will also be digital activations in the windows of the multibrand store Antonia, with JW Anderson characters showing off different outfits and accessories.

Anderson, who’s been trialing different presentation formats throughout lockdown — including online walk-throughs, shows-in-a-box, guerrilla poster campaigns and projects with Juergen Teller and other special guests — said he was looking forward to showing live in Milan, and plans to do so in June during the city’s next men’s showcase.

The live Milan show was also supposed to kick off a new, and more varied, way of presenting the JW Anderson men’s and women’s collections.

Although it’s been postponed to June, Anderson still wants to move ahead with a mix of live runway shows and hybrid presentations in London, and other places around the world. The designer said formats could include shows-in-a-box, films, outdoor events or other activations adapted to the venue, or time of year.

“You can’t have gone through this pandemic and not have learned something,” Anderson said during an interview from his north London studio.

He added that, no matter what format he chooses, he wants to be creative “and keep the energy high. Ultimately, we can tour the shows — go to Milan, Paris and New York. We have to find new types of activation because everything has changed — and change is a good thing.”

Although this latest collection was filmed in London, it reflects what Anderson had in mind for Milan. “You’ll see [the collection] walking and there will be catwalk images, too. It’s exactly the same thing we had planned — but without the audience — plus a whole load of other content on top throughout the day,” he said.

The last-minute turn of events didn’t dampen the spirit of the collection at all. Anderson is still planning to show “silly” clothes and accessories, and take a light-hearted approach to the season.

“In Milan, the idea was that we were going to be in a nightclub. The show was going to take place there, but it was a very different form of collection, a different type of approach. Then it was going to turn into an event where we got people together,” he said.

Anderson approached the designs with humor and with the idea of creating a shared wardrobe for “the night out that never happened.” He said there’s lots of sexual tension, as well as a playful edge. “And you get the idea of British subculture, and the idea of lust.”

The pandemic has impacted designers in different ways, with many now seeking refuge in cozy collections, the elegant structures of tailoring — or a combination of both.

Anderson, instead, is going in a whole different direction.

“For young people, the pandemic has just been catastrophic, and incredibly suffocating. Fashion has looked at youth culture before, but I don’t even know what youth culture is right now. So we’re looking at weird and wonderful things that are happening,” within smaller social communities and on places like TikTok, Instagram and social media or WhatsApp messages.

“It’s looking at this idea of the kid who’s been trapped inside, and what the party could be if it was ever to happen. Where could it go? What is the fantasy act?” Anderson said. “In a weird way, everything has become a kind of ‘fantasy act,’ at the moment, for young people. And the fantasy will always be exciting.”

The collection is highly tactile, noisy and nods to the online popularity of ASMR — autonomous, sensory, meridian response. Otherwise known as brain massage, ASMR is brought on by repetitive sounds that are soothing for some (and utterly annoying for others) such as whispers, tapping fingernails or gurgling water.

The sequins on a dress make a sound when they’re swept from one side to the other; the thick, colored elastic bands on a top snap when they’re pulled, and the hemline on a dress undulates as if it had a life of its own.

There’s an inflatable element, too: bags have blow-up features inspired by the neck rests on an airplane, while mary janes, for men and women, appear to have inflatable soles.

Shapes and proportions are off-kilter — a cocoa-colored shearling overcoat looks like a child’s drawing, with an exaggerated rounded front, while a big, tilted, mascara-ed eye gazes from the front of a dress with an asymmetrical hem.

It will be hard not to crack a smile at the sight of a very serious-looking JW Anderson model dressed in a sleeveless polo shirt, tight shorts and knee-high turquoise boots with pink edging.

“It’s a bit silly, a bit fun. I always like starting off the year with something [that] is just a bit light. And the great thing about now is that you can still do what you want,” said Anderson, adding that he even loves the sound of the word silly. “There’s something about saying the word that gives you a sensation of feeling silly, and letting go.”

While the brand has been making magic on stage, it’s also been working hard behind the scenes, adapting its sales methods to buyers who can no longer travel. Anderson is still using holograms — which he introduced in 2020 — and beaming the collections to retailers wherever they are.

He has also been doing physical and video appointments — anything to accommodate buyers, as JW Anderson remains a wholesale business.

The designer has been developing the virtual side of the brand, working with new technologies and formats: In addition to selling via holograms, JW Anderson was the first fashion label to auction one of its designs with Xydrobe, a new NFT auction platform.

Although it failed to hit the reserve price of 10,000 pounds, the NFT sweater raised around $7,500 at auction in December, with the money going to Anderson’s chosen charity, AKT, which helps LGBTQ young people in the U.K. who are facing or experiencing homelessness or living in a hostile environment.

“It’s amazing what [Xydrobe] do. Their skills are at a whole other level. I’m still getting my head around it, but I think [the sale] was great for the charity that we work with,” Anderson said.

During Milan Men’s Fashion Week, Anderson is also planning a digital activation in the windows of Antonia in Milan that will feature animated characters that change bags and clothing.

The animation is part of the wider content of the show, and the visual elements of the collection, and part of the designer’s vision to meld the physical and virtual worlds for an increasingly tech-savvy audience.