The permanent extension to its men's collection is a clever pun on the outdoorsy essence of the line and its focus on sustainable aspects. 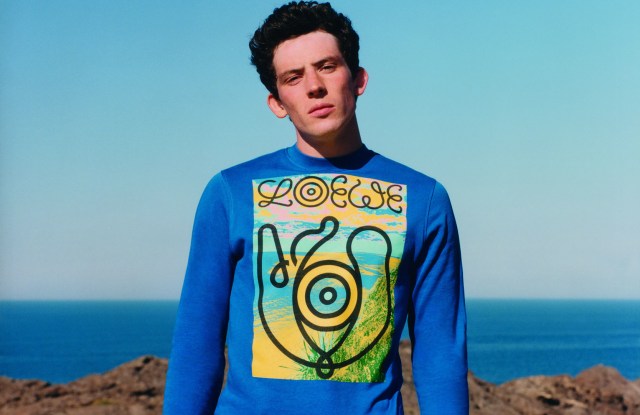 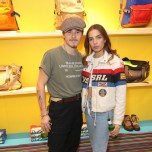 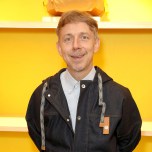 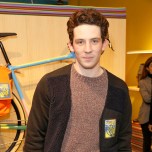 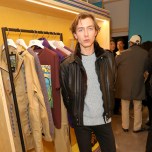 NATURE BOYS — Loewe has launched a permanent extension to its men’s collection cleverly called Eye/LOEWE/Nature, a pun on the outdoorsy essence of the line and its focus on sustainable aspects.

The collection is comprised of accessories made in Japan, including a satchel, a tote and backpack styles, as well as parkas constructed from technical material, sweaters made from partly recycled cotton fibers, cargo shorts, trousers and shirts in the clothing categories. Prices start from $265 for swim briefs to $1,290 for a backpack and $1,650 for the long parka.

The collection is available now at the pop-up at 52 Brewer Street until Feb. 4 and in selected Loewe stores and loewe.com from Jan. 10. Additionally, Loewe will donate 15 euros (about $17 at current exchange rates) to help fight plastic pollution.

“The reality of [sustainability issues] kicked in when I was watching a program about how most of Europe gets a lot of food from Spain and, obviously, a lot of plastic packaging gets put into the ground as waste. And I thought, what can we do?” Loewe creative director Jonathan Anderson told WWD at the launch party for a pop-up store for the collection on Brewer Street in Soho, London, a savvy location with close neighbors including several prominent men’s wear labels and brands that appeal to outdoorsy types, including Rapha, British heritage brand Wolsey, Carhartt and the Stone Island flagship.

“As a fashion designer, everything becomes a kind of utopia, so you’re like, ‘Oh, let’s change it overnight!’ And then you realize that [for something like this], you can’t change it overnight and nor should you,” said Anderson. “You have to do it, in a weird way, go about it like governments do; you have to set out a plan. And [this collection] comes with the plan. The plan is you know every year is to make Loewe become more and more sustainable.”

Anderson said that he sees the Eye/LOEWE/Nature collection as “a laboratory for the rest of the brand” to explore more sustainable practices, already a focus for the LVMH Fashion Group, which owns the Madrid-based brand. The new collection will continue to grow, with new products added each season.

But he is honest about the collection’s sustainable shortcomings: “Ultimately, it’s not just the raw materials. It’s the transportation, it’s the packaging. So we’re not going to do it overnight, but we have to start somewhere,” he explained.

Aesthetically, Anderson said the collection, which was two years in the making, was partly inspired by his brother. “I just thought, ‘What is he wearing?’ He’d wear a bag from the main [Loewe] line or a pair of jeans and a T-shirt,” said Anderson. “We have Paula’s Ibiza, which is primarily a women’s collection, but I wanted to do something that was a bit more outdoorsy, almost blokey.”

It was also partly fueled by Anderson’s desire to create something he would have in his wardrobe. “It’s clothing that’s really me, something I’d really wear. As much as I design fashion, this is what I wear. I was getting so much criticism for not wearing any of it so I thought, ‘Alright, I’ll make something that I will wear.'”

A separate campaign, developed by M/M Paris, for the collection features British actor Josh O’Connor, who is set to star as Prince Charles in the next season of “The Crown,” and was shot in the wilds of Cap de Creus in Spain’s easternmost reaches.

It’s all part of Anderson’s growth strategy for Loewe. “I want people to go into a Loewe store and have it feel like a kind of micro-department store,” he said. “You go in and there are different aspects. Like Paula’s Ibiza, or you can see art, you can pick up a backpack or you can just pick up a magazine; brands cannot operate with blinkers on. It’s about asking how do you sustain the growth, not just growth itself.”