British designers on the rise are getting set to present their collections during London Fashion Week Men's. 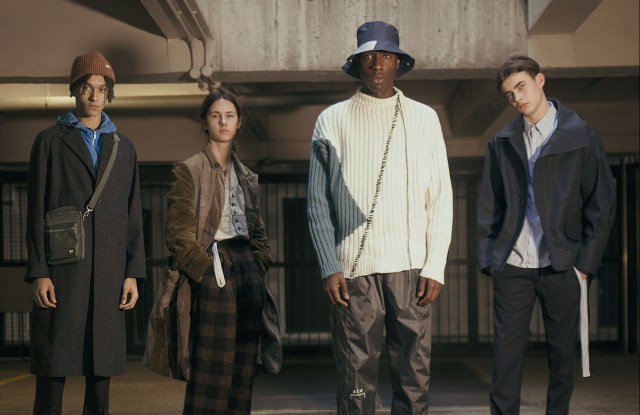 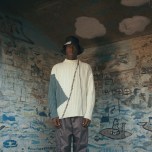 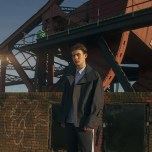 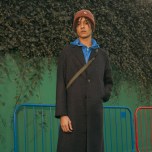 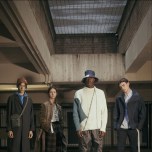 Born and raised in York, John Alexander Skelton received his master’s in fashion men’s wear at Central Saint Martins and took on internships at E. Tautz and Patrik Ervell before launching his label last year. Selected by Giles Deacon, Skelton is a recipient of the Sarabande scholarship, an initiative from The Lee Alexander McQueen Foundation that aids young designers. He is working out of a studio at Sarabande in east London.

Sustainability is a key theme for Skelton, who incorporates repurposed materials into his ranges and takes a DIY approach to his work. He has a loom in his studio and many of his fabrics are handwoven, as is much of his knitwear. “Everything I dye is also done by hand using natural dye. The handcrafted element is my signature, in a way,” said the designer.

For fall 2018, Skelton has been working with mills in Ireland, mixing British wool and Irish linen.

“I have been doing a lot of hand weaving, as well, on the loom. I have also done a few natural dyes this time, one using an ancient European dye, the European version of indigo, called woad,” he said.

Skelton’s main focus has always been on the process and materials with unisex silhouettes that are suitable for men and women, such as a hand-crochet knit sweater or a long-knitted overcoat.

Skelton, who has shown off-season in the past, will be presenting his fall collection at 8:30 p.m. on Jan. 5 at St. Mark’s Church in Dalston. He said that deciding to show his range during men’s fashion week was dictated by his sales strategy. “I have been looking to take my private appointment sales to London from Paris,” said Skelton. He said he plans to show annually.

Now in its fourth season, A-Cold-Wall has been picked up by Selfridges, Oki-Ni, 18 Montrose and Leclaireur in France.

Designer Samuel Ross launched A-Cold-Wall in 2015, and the label is known for its deconstructed workwear and oversized silhouettes.

This season Ross said he plans to explore heavy outerwear and expand on his fabric offer. “Wools and knitted fabrics are a new direction for us,” he said. “Although it’s uncharted territory, I have a concise idea of what I wish to achieve within this specific fabric category. It’s building very well.”

Ross said the business is expanding: The company has increased its global accounts to 52 retailers and moved mainline production to Italy. “Our goal over this last quarter has been analyzing the data over the course of the past year, and to control and structure our growth further,” he said. “It’s about forming predictions and forecasting when specific activations, content and targets must be achieved and rolled out.”

A-Cold-Wall’s runway show will take place at 3 p.m. at the BFC Show Space on Jan. 8.

Daniel Fletcher plans to shake up the way he showcases his range by opening with a catwalk show at The Institute of Contemporary Arts, where models will assemble in a standing formation. He also plans to collaborate with a number of artists to create the set.

“It’s quite grand and traditional,” said Fletcher of the venue. “But I am hoping to bring something modern to it. I feel like dressing a little more formally, myself, in the winter, so there are a lot of pieces which people have come to expect from me — silk shirts, leather pieces and sportswear base layers underpin the collection — but it doesn’t feel quite as sporty this season.”

Fletcher, who launched his label last year, has built quite a résumé since graduating from Central Saint Martins. He was snapped up by Kim Jones at Louis Vuitton to work on the brand’s men’s leather accessories. Fletcher also mentored Antonio Banderas when the actor was studying fashion design at Saint Martins. He also consulted on J.W. Anderson’s men’s wear this season.

“It has actually given me a lot of freedom,” said Fletcher of consulting at J.W. Anderson. “The team is a lot bigger there and to have the support of a whole atelier, fabric and product developers and everyone else there has allowed me to be more free in the way I design, as I don’t have the restrictions that come with being a small brand.”

Fletcher is currently stocked in 16 stores and works with his sales team from Awaykin. “We have focused on working with one key store in major capitals and then making sure we work closely with them to get a good sell through,” he said. “This seems to have worked and my production is running smoothly now so we are hoping to increase that this season. But I want to make sure that those stores that have supported me from the beginning are prioritized. I haven’t had any investment yet, but this is something I would consider if I find the right person. Cash flow is the biggest challenge for me as well as running the business, so to have some support on that would help me to take the brand to the next level.”

Fletcher will be launching with Ssense — his first online-only stockist — in January and he has started working with a few more stores in Tokyo such as Opening Ceremony, Beams International Gallery and Urban Research. He said he wants to develop his e-commerce business next year. “It has been a strong part of my business since I started,” said Fletcher. “But I feel there is a lot more I could be doing, and there are huge benefits for a brand being able to sell directly to our customers, both in terms of profits and understanding how people buy and wear the products.”

Danish label Wood Wood will make its London Fashion Week Men’s debut with a presentation on Jan. 6 at a location that’s yet to be confirmed.

Launched in 2002 by childhood friends Karl-Oskar Olsen and Brian Jensen, the Copenhagen-based brand is known for its streetwear aesthetic. It has shown during Copenhagen Fashion Week, and during Berlin and New York fashion weeks.

“London is important as a fashion metropolis. The best designers in the world are from London and I see it as a test on where we are,” said Olsen. “If we can make a successful presentation in London we must be doing something right.”

Olsen describes the Wood Wood man as a person with a mind of his own who has a cultural consciousness and is interested in street culture.

The designers both attended the Royal Danish Academy of Fine Arts and launched their label after Olsen, who studied spatial design, graduated in 2002. Jensen studied visual communication and graduated in 2007.

The brand has collaborated previously with a number of labels including the likes of Nike, Adidas, Converse, Onitsuka Tiger, Champion, Eastpak, Barbour and Penfield.

Prices range from 35 pounds for a cap to 450 pounds for a leather jacket. The label is stocked in Liberty, Goodhood, Harvey Nichols, Le Bon Marche and Isetan.

“We don’t change our concept season to season but try to reflect the times we live in,” said Olsen. “We have taken inspiration from films like ‘The Breakfast Club’ and ‘St. Elmo’s Fire’ — films from our youth about growing up, and the state of mind we were in, going from lazy teens to becoming more ‘responsible’ as an adult.

“We’ve taken bits and pieces from here and there and transformed it into a modern ‘Americana” look,'” he added, “a rich variation of fabrics like corduroy, nappy wool, denim and nylon. The most significant artworks are the patchwork story along the youth-addressed placement: ‘leave me alone with your own attention,’ ‘fan club’ and ‘before and after,’ which is a direct hint to the transformation from youth to adultness.”