Slowear's luxury pants brand has signed a licensing agreement with Giada SpA for the production and distribution of the Incotex Blue Division line.

The Slowear store in Chicago.

MILAN — High-end pants specialist Incotex has teamed with a partner to expand into the world of denim.

The Italian brand has signed a licensing agreement with Giada SpA for the launch of a denim line called Incotex Blue Division. Incotex is part of Slowear, the Venetian fashion company that controls the Zanone knitwear brand, as well as Glanshirt and Montedoro, which offer luxury shirts and outerwear designs, respectively.

A luxury denimwear specialist, Giada already manufactures and distributes the collections of several international labels, including Jacob Cohën, Vilebrequin, Karl Lagerfeld, as well as HandPicked, the in-house brand launched by the company in 2018.

According to Slowear president and chief executive officer Roberto Compagno, Giada will produce and distribute Incotex Blue Division’s product ranges, while the design and communication processes will be managed by Slowear. The first Incotex Blue Division collection will be presented to buyers in June.

“This agreement is perfectly in line with our vision. When, for example, we wanted to enrich our company with a knitwear line we acquired a specialist, Zanone,” Compagno said. “However, this time we believed it was easier and quicker to sign a licensing agreement with a specialist, especially because denim is a very multifaceted, peculiar world in terms of fabrics, washing and treatments. Giada has the know-how we need to create jeans that reflect Incotex’s high-end quality and effortless elegant style.”

As Compagno explained, Incotex Blue Division collections, which will be entirely produced in Italy, will be positioned in the luxury segment of the denim market with retail prices ranging from 250 euros to 350 euros.

Slowear and Giada also teamed up to define a very focused distribution strategy, that according to Montagno will be very selective to reflect the positioning of the Incotex brand. While Europe will be the main target for the first season, Incotex Blue Division has the ambition to expand in North America and Asia.

Of course, Incotex’s denim line will be also available at Slowear’s 31 stores worldwide. 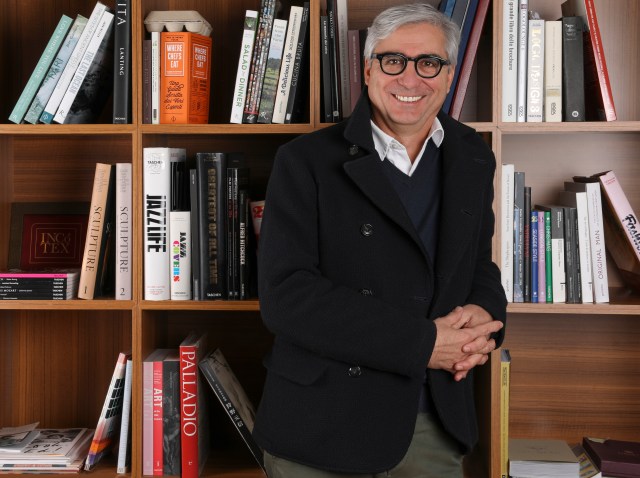 Last year, Slowear, which in 2018 received an investment from Nuo Capital, a financial vehicle backed by Hong Kong’s Pao Cheng family, unveiled a new store concept on Milan’s Via Solferino, where the company already operates a more traditional flagship. Named Slowear 18, the experiential shop combines a retail area, carrying a range of urban and activewear garments including outerwear by Arc’Teryx, mountain-ready footwear by Roa, and technical performance apparel by Isaora, with a mixology bar and café.

In 2020, the company, inaugurated shops in Hamburg, Chicago and New York’s Brooklyn.

“We definitely suffered from the forced closures of our stores due to the pandemic, but the online shop really supported our business,” said Compagno, adding that in 2020 e-commerce sales grew 180 percent compared to 2019. “We are investing a lot in the digitalization of our company and we are bringing new people on board to support us in this journey.”

Compagno also revealed that Slowear is considering opening a store in New York, where the company already operates units on Manhattan’s Prince Street and Brooklyn’s 3rd Street in the Williamsburg area.