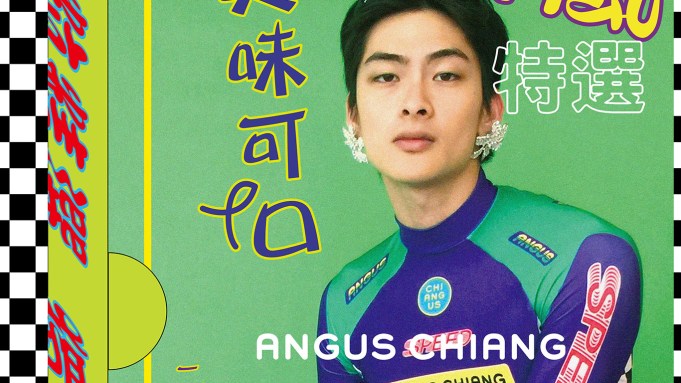 “Amiri is Los Angeles based but the collection is directly adjacent to brands like Saint Laurent and Givenchy in over 140 of the top retail doors in the world. It only makes sense that the collection is shown within the same context and city,” said Mike Amiri who, after five seasons showing by-appointment in Paris, is hosting his first presentation, albeit informal, with two models, mannequins and an installation. The brand’s two-day presentation on Rue Royale wraps today.

But while he may be showing in Paris, he’s losing none of the label’s rock ‘n’ roll California vibe. The Venice beach boardwalk in the late Eighties and early Nineties created most of the reference points for the brand’s spring collection, said the designer, who started the line in 2014 with repaired denim.

“There was an incredibly distinct clash of cultures during this era. You had the streetball movement, break-dancers, skaters, artisans, drugs, gangs and music — all intersecting in and around the boardwalk.”

Along with the visual cues, this cultural juxtaposition inspired the process and non-conventional techniques used, said the designer, who in the new collection applied traditional denim washing techniques to fine silks, knitting Italian cashmere in Los Angeles and hand tie-dyeing each piece, as well as mixing vintage denim and reconstructing garments with Swiss hardware. Each piece is crafted in-house by artisans. The current climate in fashion, he said, has blurred the lines between luxury, street, sport, and the avant-garde. “This really helped open the door to push things a bit outside the box.”

The line’s elaborate handiwork also extends to embroidery, airbrushed custom art, and mixed-medium printing techniques. Key items include an air-brushed trucker jacket. For that, the designer developed an authentic vintage wash on Japanese denim followed by seven layers of airbrushing to create an ombré effect. Arty effects were then applied to the top layer using stencils, sponge-printing and hand drawing. “In short, we crossed luxury fabrication with artisanal DIY,” said Amiri.

The event will mark the first time a fashion show has been held at the historic auction house founded in 1766. Adjacent to the runway will be a range of large-scale artworks by Alexander described as a series of “massive valet tickets and psychological process diagrams attacked by violent and naive gestures.”

He added: “This is art, this is my life, when I am not designing, I am painting. It has become my sole focus.”

The clothes, he said, will include suits in spring pastels and shades of black à la Willem de Kooning, fixed with silver chains and 18th-century antique brooches. “Every detail is polished and attended to, sterling silver-cast lighter clips and karabiners, revisited 19th-century hand-painted porcelain and silver brooches,” he said.

The label, which has been presenting in a Paris showroom for the past several seasons, will also debut a full collection of knits in collaboration with Loro Piana, and a hook up with Thierry Lasry for frames.

It may be only the second season for Belgian-Kurdish label Namacheko, but it’s still managed to garner some high-profile fans including Guillaume Steinmetz, Anaïs Lafarge and Romain Joste, the cofounders of Paris concept store The Broken Arm, the label’s sole retailer, and Belgian manufacturer Marc Gysemans, a former business partner of Raf Simons.

The line was founded by self-taught designer siblings Dilan and Lezan Lurr, and influenced by their multicultural life. They moved with their family to Sweden from Kurdistan when they were kids and the label’s first collection, said Dilan, was born out of their desire to pay homage to the Kurds fighting back against ISIS. He and his sister took the collection down to Kurdistan and photographed it on their uncles and cousins.

The spring 2018 collection, due to be presented Friday night in an old church in Paris’ Marais district, plays out as “a conversation about two worlds, but is more about where we are today,” said Dilan, who is based out of Belgium, where the collection is produced.

Combining heavy cotton twill “almost like an artist’s canvas,” silk and wool, he described the collection as a sartorial exploration of the theory of utility and the belief that the more we get, the more satisfaction wanes.

The collection will be divided into three parts: white, color and black. “We all have addiction to the rush, whether the rush of love, travel or drugs,” he said. “The white symbolizes the journey to the rush, the color [is] the rush, and the black [is] the after-rush.” Prints are based on RGB color codes, the codes used in computing.

Artistic references are woven through, as evidenced in a key outerwear piece: a long single-breasted coat with repetition slits at the back in deep contrast colors that nods to the work of Italian painter Lucio Fontana. More unexpected are a pair of “very short shorts” ending in a triangular point at the hem, like a direction sign.

“It’s like a bedtime story between two lovers,” said designer Chin Wang who, for his romantic sixth collection, explored Victorian women’s underlinens reinterpreted for a men’s wardrobe. His spring presentation will take place on Sunday on the steps of the Palais Brongniart, the former Paris stock exchange.

The Taiwanese designer, who is based in London and goes by the name of Chin, said he liked the idea of exploring the relationship “between clothes and the skin, and the idea of protection and intimacy.”

The line’s main ingredients are white cotton and linen and key looks include undershirts with voluminous sleeves, a jumpsuit with a supershort pant in simple cream cotton with big-volume sleeves, and simple crocheted tops with ruffled sleeves.

The brand is sold in a total of six stores internationally including Opening Ceremony in the U.S. and Japan.

For his debut presentation on Paris’ official men’s calendar on Thursday, Taiwan’s Angus Chiang recreated a signature part of local Taiwanese culture by creating an installation under the city’s recently completed Canopée des Halles mall structure that was themed around local street vendors.

The cycling mad designer, who founded his label in 2015 and was one of 21 designers shortlisted for the 2017 LVMH Prize internationally, presented outfits combining nods to cycling apparel, colorful signs, and the advertising slogans on packaging and images associated with betel nut street vendors.