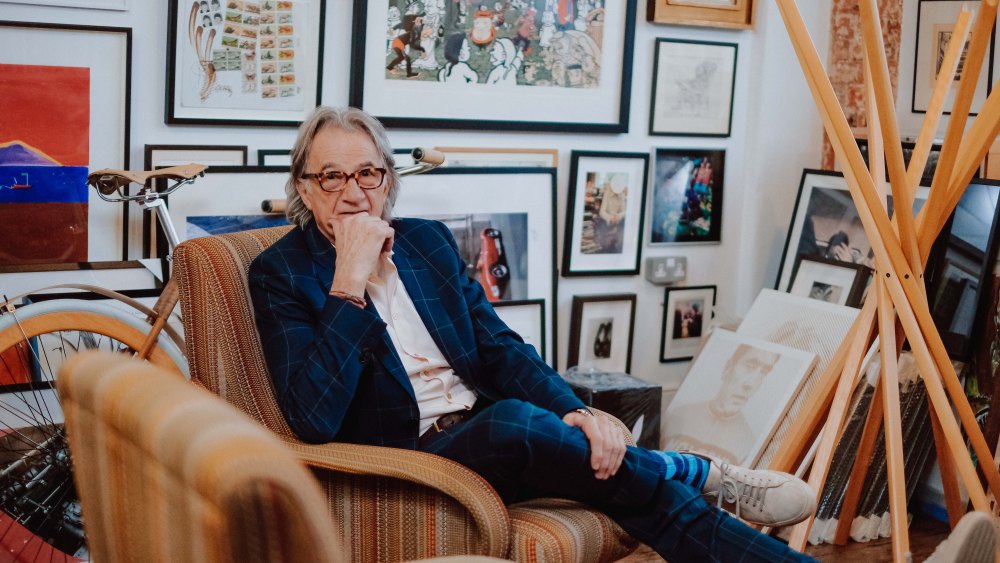 LONDON — After 23 years, Paul Smith is returning to Pitti Uomo with the new PS by Paul Smith collection, a comprehensive secondary line of men’s and women’s wear that includes tailored and performance wardrobe items as well as jeans, footwear and accessories.

Smith said he remembers showing in 1993 at the Stazione Leopolda in Florence well before Gae Aulenti got her architect’s hands on it. “It still had a locomotive in it — I found the space and introduced Pitti to it,” said Smith, who was the first international designer to show at the twice-yearly men’s wear fair.

Smith said he and Pitti’s chief executive officer Raffaello Napoleone had been talking for a while about his return to the fair, and finally sealed the deal during the Dumfries House Wool Conference in Scotland in September, which was hosted by the Campaign for Wool. The Pitti show is a major debut for PS by Paul Smith, which launched for fall 2016.

The result will be a static presentation that will run for the duration of the fair and a separate event on Wednesday, with a bar and models showing off the clothes. “I want people to come, hang out and chill out after a busy day at the fair,” Smith said.

The pieces that will be shown include a riff on the designer’s “A Suit to Travel In,” a crease-free number that snaps back into shape after a sojourn in a suitcase. The Pitti version has a drawstring waist and knitted trouser cuffs, and is made primarily from wool. Smith has had acrobats and the Olympic gold medalist artistic gymnast Max Whitlock show off the original version.

He will also be showcasing his single-crease trousers that are machine washable and wrinkle-free, and his two-in-one reversible jacket, which features checks on one side, and are plain on the other.

There’s also a pack-a-mac that can fold away and live in a suit pocket or backpack. Made from water-resistant nylon, it’s single-breasted with a collar. Another rain jacket is based on a cycling racing jersey, nodding to one of Smith’s sporting passions. For more inclement weather, there’s a waterproof, three-layer parka with taped seams and “a very English look,” the designer said.

Footwear includes Smith’s Monkey Boot, which is laced to the toe, with a strip of high-vis tape at the top.

PS by Paul Smith was unveiled in November 2015 in a bid to streamline the brand’s offer and unite the different diffusion labels under one name. It’s presented four times a year in Paul Smith showrooms worldwide and distributed through wholesale partners and a new shop concept with a logo created in collaboration with the graphic designer Fergus Purcell.