The British designer is unveiling his first men's collection for the brand with a runway show on June 13 at the Florence Charterhouse. 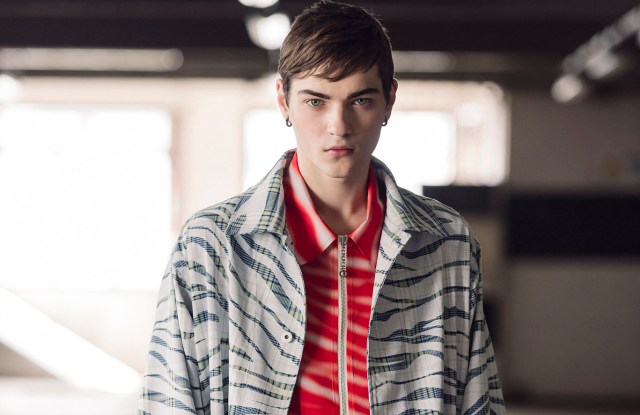 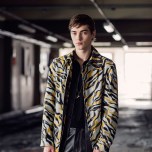 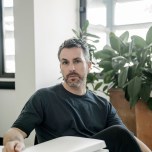 FLORENCE — “Rock as an attitude and not a uniform. Street as a style and not just clothing. Sportswear as the new normality.” That’s how Paul Surridge summarized the spirit of his first Roberto Cavalli men’s wear collection.

The British designer — who joined the brand as creative director in May 2017, succeeding Peter Dundas, who exited the company in September 2016 — is gearing up to unveil his debut for the label with a runway show at the Florence Charterhouse on June 13 during the 94th edition of Pitti Uomo.

While in the recent past, men’s wear at Roberto Cavalli has been quite marginal, Surridge, who actually considers himself a men’s fashion designer transitioning to women’s wear, is working to grow the category to represent 30 percent of the brand’s overall sales.

According to the company, the Roberto Cavalli men’s division accounts for 13 percent of the brand’s total business.

For his first men’s effort at the brand, Surridge, who held the role of creative director at Z Zegna from 2011 to 2014 and then men’s fashion coordinator at Acne Studios, said he fused “a rock attitude, a skater style and an artisanal vibe” to develop a cohesive collection that offers an edited wardrobe of men’s city staples.

“We tried to create a language able to establish a connection with the new generation. We wanted to bring sensitivity to streetwear,” he added, highlighting that the collection is enriched with a range of hand-made and hand-embroidered details that shine a spotlight on the brand’s heritage, which is rooted in craftsmanship.

This artisanal approach emerges, for example, in the range of cross-stitched logos, embroideries and patches appearing on the back of trenchcoats and jackets, as well as on the front of shirts, but also on the sophisticated hand-painted leather jackets.

“This is a collection for a man who is not afraid of wearing colors and prints,” said Surridge, mentioning that the lineup includes bold patterns, such as wild animal motifs reworked through a graphic, street approach. “We created this sort of jungle-animal camouflage with a skate- and surf-inspired attitude.”

Convinced that tailoring is definitely making a comeback, Surridge said, “I was in Paris doing castings and all these superyoung male models came wearing sartorial pants and blazers.” Surridge developed a relaxed tailoring offering. “Tailoring is becoming bigger again, but not its traditional and corporate version.”

For spring, he used fluid fabrics, including silk, technical linen and cotton-viscose blends, for deconstructed suits cut in airy silhouettes.

Another important category in the collection is knitwear, which Surridge said he infused with a “sensitive attitude.” Textures, a slightly retro feel and an arty approach contribute to the artisanal, organic look of the range, which includes lightweight knit styles crafted from natural fibers, such as linen, silk and cotton.

On the catwalk, Surridge will unveil a new shoe style, an aerodynamic sneaker with a sculpted 3-D sole, which will be presented in a range of options, from technical fabrics to leather and exotic skins.

“Our goal is to offer a simplified uniform, an edited wardrobe because we really think that what makes the difference is the way, the style and the attitude [with which] you wear it,” said Surridge, putting the accent on the fact that the collection aims to stimulate men’s personalities rather than impose a specific look.

The fashion house’s collections for men are available in the 87 Roberto Cavalli shops, as well as at several multibrand stores worldwide.

While Roberto Cavalli chief executive officer Gian Giacomo Ferraris expects to see the company break even in 2018, in 2017 the fashion house’s revenues were down 1.8 percent to 152.4 million euros, compared with 155.2 million euros in 2016. But Ferraris emphasized that the figure stabilized after years of steep declines in the range of about 25 percent each year.

In May 2016, Italmobiliare SpA, the publicly listed investment group owned by the Pesenti family, took control of the brand’s most recent owner, Italian private equity fund Clessidra Sgr SpA. Designer Roberto Cavalli himself retains a 10 percent stake in the firm, but he has eased out of the fashion industry.