From its establishment in 1972, Pitti Uomo has become a global point of reference for men's fashion. Here, WWD retraces its key moments. 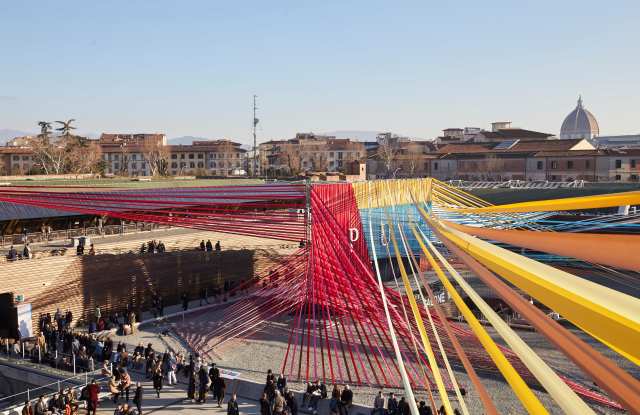 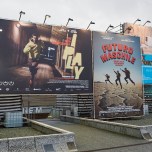 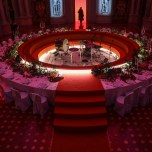 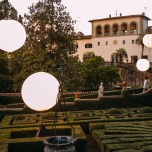 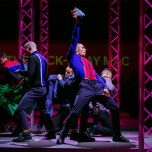 Pitti Uomo, which will open its 100th edition today, is an unmissable event for the international men’s fashion community. Inaugurated in 1972, the trade show was the first fair in the industry to put in the spotlight a new idea of men’s wear — less traditional and more in line with the needs of the market.

Boosted by the appeal of its native city, Florence, with domestic and global visitors, Pitti Uomo seemed to continue the legacy of Giovanni Battista Giorgini, the Tuscan entrepreneur who strongly contributed to the creation of an Italian fashion system. In the 1950s, he invited American department stores to discover in Florence the region’s new talents that were offering an elegant and more commercially savvy option to the creations of Paris haute couture designers.

From 1954 to 1982, runway shows were regularly held at Palazzo Pitti’s Sala Bianca and in other locations across the city, giving visibility to those emerging designers that would go on to change the fashion industry forever. They included Emilio Pucci, Roberto Capucci, Mila Schön, Missoni, Valentino and Giorgio Armani.

In 1954, in order to manage the different fashion events in Florence, the Florentine Center for Italian Fashion was established with the goal of organizing shows, presentations and trade shows, promoting Italian fashion.

During the ’50s and the ’60s, the focus was mainly on women’s wear, but in 1972 the Tuscan institution decided to invest in men’s wear, launching Pitti Uomo, which from 1988 has been managed by a division of the Florentine Center for Italian Fashion, called Pitti Immagine srl.

In 1975, to facilitate the attendance of international buyers to the Italian women’s shows, they were moved from Florence to Milan, but the Tuscan city remained, thanks to Pitti Uomo, a point of reference for men’s fashion. Pitti Immagine actually succeeded in maintaining Florence’s leading role in the men’s segment by continuing to create rich calendars of events, shows and exhibitions that, along with the high-end proposal of the Pitti Uomo trade show itself, attract retailers and press from around the world. 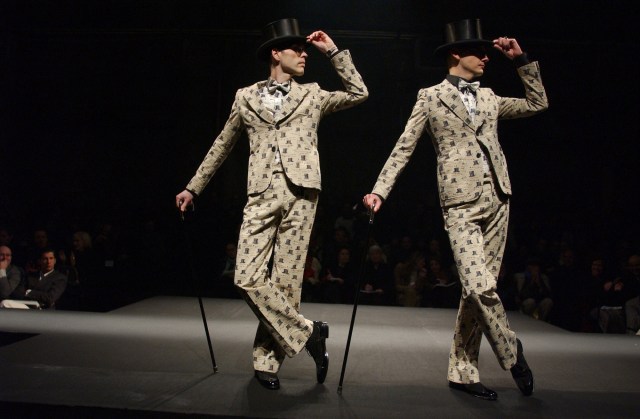 Here, WWD retraces some of the key moments in the history of 100 editions of Pitti Uomo

1972: The first edition of the Pitti Uomo men’s trade show takes place in a Florentine hotel

1990: Vivienne Westwood debuts her men’s line with a runway show at Villa Gamberaia

1993: Paul Smith stages his first runway show in Italy at the Stazione Leopolda

1994: Donna Karan hosts her first runway show in Europe at the Stazione Leopolda

1995: Pitti Immagine Uomo celebrates the memory of Franco Moschino with a special prize and the brand organizes a show and a live concert at the Cascine location 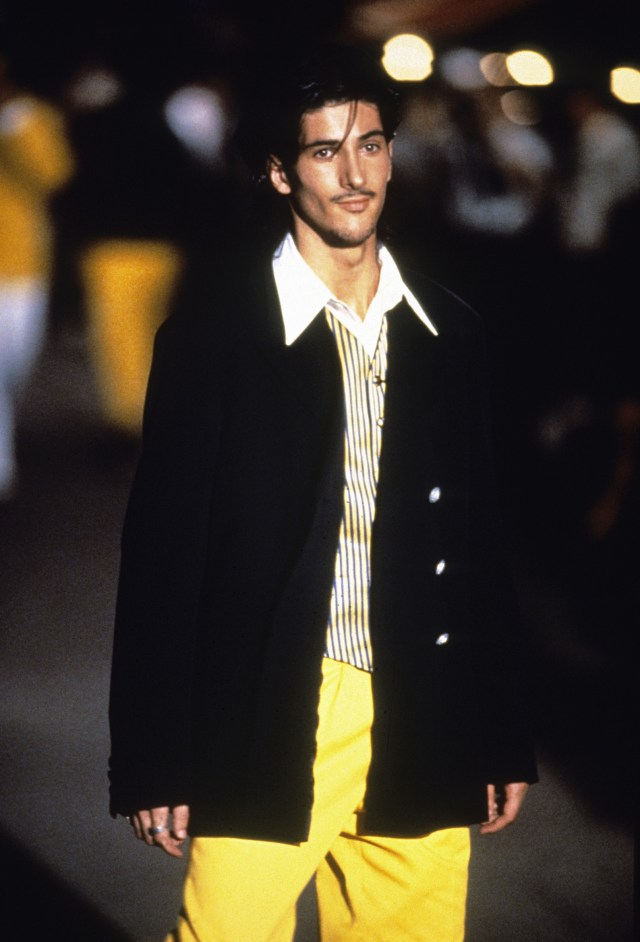 Director Robert Wilson presents G.A. Story, a stage show on the life and career of Giorgio Armani, unveiled at the Stazione Leopolda

1999: Roberto Cavalli unveils his first men’s collection with a show at the Stazione Leopolda

2000: Neil Barrett stages a runway show at the Stazione Leopolda for the launch of his namesake brand

2002: John Varvatos stages his first runway show in Europe at the Stazione Leopolda

2003: Viktor & Rolf hosts a performance at the Stazione Leopolda marking the launch of their men’s line

2005: Yohji Yamamoto, celebrated with an exhibition at Palazzo Pitti, stages a runway show for the Y’s line

2008: The guest designer of the second season of Pitti W_Woman, Diane von Furstenberg stages a runway show at the Torrigiani Gardens. 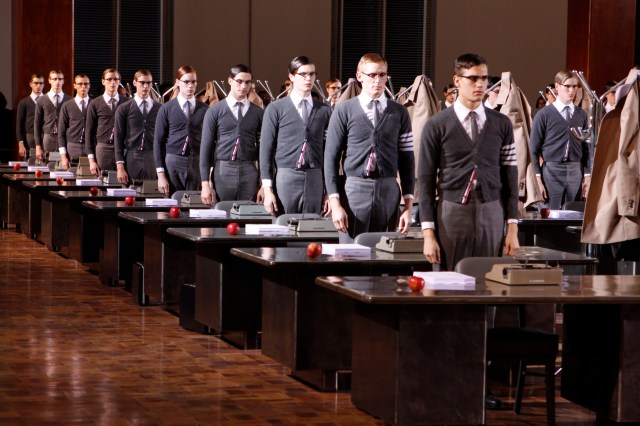 2009: Thom Browne hosts a presentation at the Institute of Aeronautical Military Sciences

2011: Rodarte presents a special collection in a space formerly occupied by Bottega Bartolini

Stone Island inaugurates an exhibition at the Stazione Leopolda to celebrate its 30th anniversary.

2014: The Gucci Museum celebrates the 60th anniversary of the Florentine Center for Italian Fashion

2015: Marni, designed by Consuelo Castiiglioni, launches its men’s line with a runway show at the Marino Marini Museum 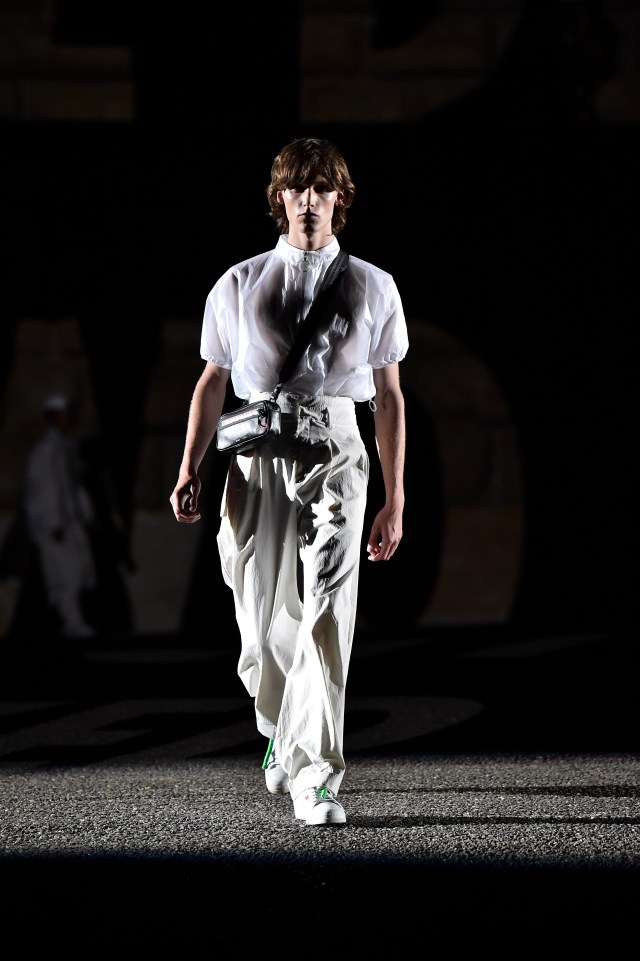 2018: Brooks Brothers kicks off the celebrations of its 200th anniversary with a runway show at Palazzo Vecchio’s Salone dei Cinquecento