The designer's collection will be unveiled with a runway show in Florence on June 12.

ROME — “I really needed this,” said Marco de Vincenzo seated at a bar in the heart of Rome a few days ahead of his debut men’s show at Pitti Uomo on June 12. The designer wasn’t referring to a drink, though, but to the launch of men’s wear under his namesake brand, which made its official debut with women’s wear 10 years ago. “I have the impression that in the last few seasons I lost a bit of focus, but starting this new project from zero, it’s like I rediscovered my most original, authentic approach.”

The designer actually started experimenting with men’s wear with a few looks for the spring/summer 2017 season.

“But I didn’t feel ready, it was not the right moment, but now with the new company structure, I really had the feeling it was the right thing to do,” said de Vincenzo, who in February sold 35 percent of his Daydreamer Srl company to fashion entrepreneur Marco Panzeri. Following the transaction, de Vincenzo controls a 20 percent stake, while LVMH Moët Hennessy Louis Vuitton, which in 2014 formed a venture with the Italian designer to develop his ready-to-wear label, will maintain its 45 percent stake.

Discussing his debut men’s collection, to be unveiled with a runway show at Florence’s Tepidarium Del Roster inside the Horticulture Garden, de Vincenzo revealed that the lineup will include all of his label’s signature elements, such as textures, bold colors, glitters, shiny surfaces and optical illusions.

“I designed a wardrobe for real men, even if the styling will add some flamboyancy. There will be here and there some kryptonite-like effects, how I like to call them, such as glittery and ultra glossy textures,” said de Vincenzo, who added that he crafted a range of materials, such as lightweight wool, nylon and jersey. “But they are all treated because 90 percent of pieces are plissé, which is probably my biggest passion. In some case, it will be a classic plissé, in other cases it will be just a 3-D effect.” 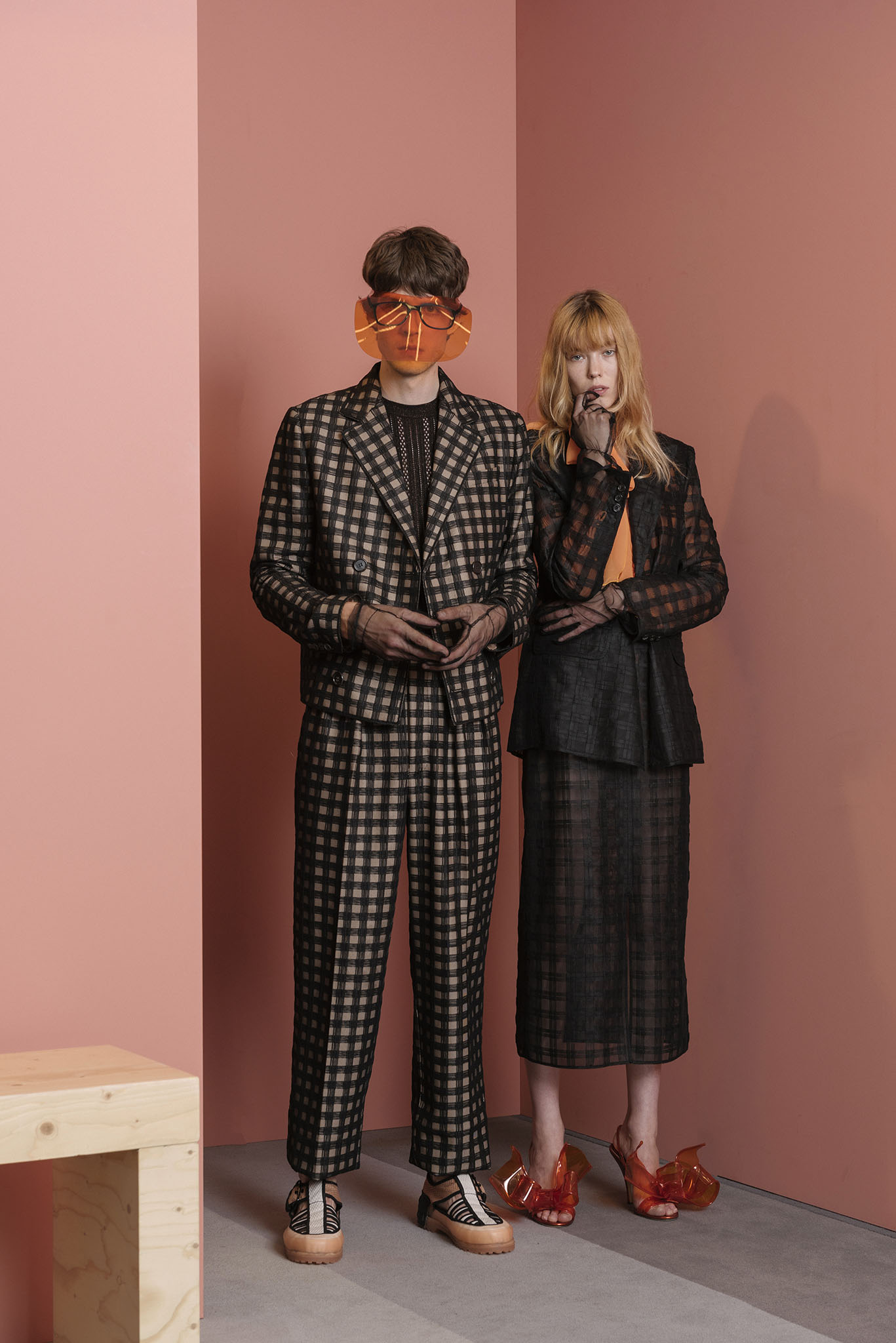 Instead of looking at movie icons or particular themes, de Vincenzo said he found the inspiration for the collection in his everyday life.

“I really looked to real men, friends who surround me and are part of my life,” he said. “I thought that if the collection was too similar to me, it would have been too basic. So I found the inspiration in people I like and who have a style I particularly appreciate.”

Along with ready-to-wear, the collection will include shoes in collaboration with Superga and small leather goods, such as wallets to be worn around the body as tiny pouches.

The designer’s women’s line is currently available in 60 stores worldwide and the brand also operates an online store developed in collaboration with Farfetch’s Black & White division.

“Now that we brought the ready-to-wear distribution in-house and that we directly sell online, we have a clearer idea of who our customers are and what they want,” said de Vincenzo, who revealed that his collections are mainly appreciated in Europe, the United States and Korea. “We are currently working to enter Japan, which despite being very complicated might give us great satisfaction.”