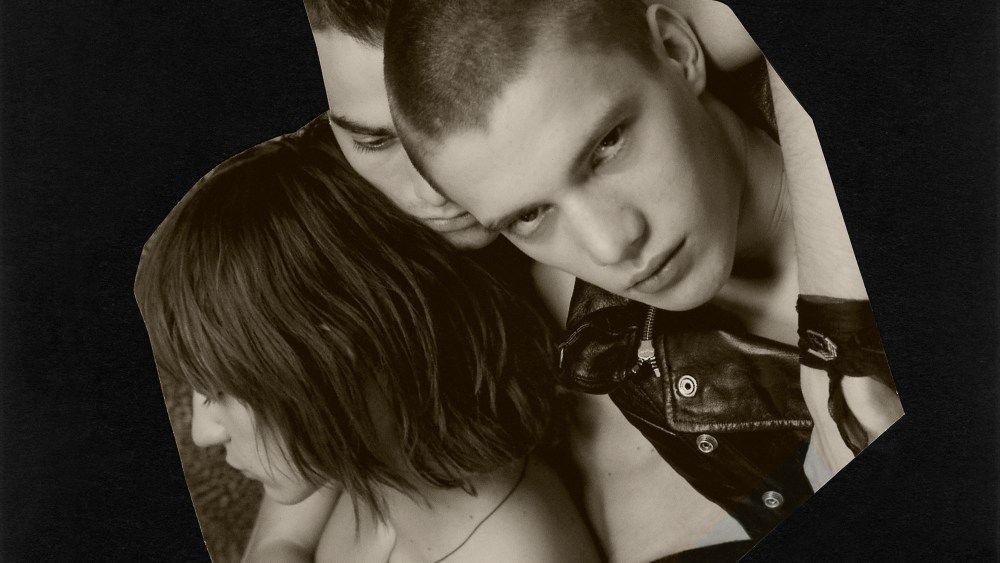 PARIS — Anthony Vaccarello made an impact with his reimagining of the Saint Laurent woman for his debut show for the brand in September. But with the company having opted out of showing on the Paris men’s calendar for the past two seasons, what about his vision for the Saint Laurent man?

In a WWD exclusive, the designer lifts the veil on his fall men’s collection for the house through a graphic, raw advertising campaign based on photos and collages by American artist and fashion photographer Collier Schorr, who also lensed its spring women’s campaign — and just shot the spring DKNY campaign with Bella Hadid.

In addition, the house will join the ranks of brands going coed, opting to show a selection of the fall men’s looks alongside its women’s fall collection, to be held on Feb. 28 in a former Cistercian convent, which is being renovated to house its future 100,000-square-foot headquarters.

The venue already hosted the women’s show last season, with a construction crane hoisting a giant neon sign spelling the letters YSL against the night sky.

In recent years, former Saint Laurent creative director Hedi Slimane always showed male and female models together on the catwalk to accentuate the androgynous aesthetic of his collections, but he stuck to a schedule of four shows a year — two for men’s and two for women’s. Slimane’s display was traditionally the big-bang closing men’s show of the Paris calendar.

Vaccarello is marking a break from that strategy and communicating mainly through his campaign, which unfolds across a series of 20 collages and will be released in July in a range of international luxury titles and online players, as well as on billboards.

A one-minute teaser of an accompanying video by Nathalie Canguilhem, centered around the campaign’s main character Lukas Ionesco, will be released on the brand’s site and Instagram account in the weeks to come.

A rock, subculture energy stirs in the series, with androgynous rebel youths captured in elements of the collection — red patent leather lace-ups, say, a smoking jacket with a heart pin on the lapel, or black vinyl five-pocket jeans.

A black-and-white shot shows a model in the buff, his back turned to the camera, in an echo of the iconic image of Yves Saint Laurent posing nude in 1971 for the advertising campaign for his first men’s fragrance, Pour Homme, lensed by Jeanloup Sieff.

Other faces in the men’s series include David Friend, Louis Marzin and Noé Martin, plus female model Hiandra Martinez.

Vaccarello’s debut men’s collection for the house was presented to buyers alongside his debut women’s collection in the company’s showroom in October, with one men’s look featured in the women’s runway show. His fall collection was shown to buyers in Paris this week.