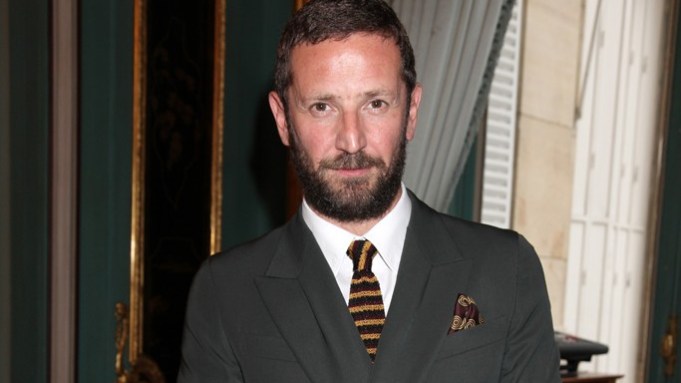 His last collection for the Italian men’s wear giant was for fall 2016. The announcement Wednesday confirmed an exclusive WWD report on Monday.

Thanking Pilati for his work, chief executive officer Gildo Zegna highlighted that by tapping the Italian designer in 2013, the men’s wear giant had “wanted to develop a strong point of view in fashion as well as style, and for Zegna to be a show not to be missed in Milan. We have reached this objective faster than expected.”

Pilati said he had “given much consideration to this decision and after thoughtful conversations with Gildo Zegna, we have reached the conclusion that the mission he entrusted me with had been fulfilled.”

When Pilati in July left the women’s Agnona brand, controlled by Zegna, he was said to be pursuing other personal projects in women’s ready-to-wear. “I now wish to focus on other projects that I had put aside in order to achieve our common goals with Zegna Couture. It has been an honor to work with this extraordinary family company that puts quality, craftsmanship and excellence at the center of their business. I want to thank everyone at the Zegna Group and especially Gildo Zegna, who has given me outstanding support and will remain a friend and a mentor.”

Pilati joined the Trivero, Italy-based firm in 2013 after exiting Yves Saint Laurent in March 2012. He was named creative director of Agnona, and head of design at Ermenegildo Zegna, with responsibility for that brand’s fashion show as well as for the Ermenegildo Zegna Couture collection, the latter built on sartorial, hand-stitched suits in luxury fabrics. The designer has worked in senior design and fabric development positions for a number of Italian design houses, including Miu Miu, Prada and Giorgio Armani.

While Simon Holloway was tapped to succeed Pilati at Agnona in November, market sources in Milan indicate Alessandro Sartori will return to Zegna, as reported earlier this week. Berluti revealed on Monday that Sartori, its artistic director, would depart after a five-year collaboration.