Magugu will be the guest designer of Pitti Uomo, which will celebrate its 100th anniversary with the return to the physical format from June 30 to July 2.

MILAN — Thebe Magugu will be the guest designer of the 100th edition of international men’s trade show Pitti Uomo, which will take place in real life in Florence from June 30 to July 2.

The South African designer will host a live event to debut his spring 2022 collection on the first or the second day of the fair at the Fortezza da Basso venue, which this season will also house the Pitti Bimbo trade show dedicated to children’s wear.

“I am incredibly proud to be this season’s guest designer for the special anniversary edition of Pitti Uomo by presenting our first men’s wear capsule. I have immense respect for the fair’s commitment to heritage and tradition through the ever-expanding lens of the new, which is what we at Thebe Magugu wholeheartedly believe in,” Magugu said. “Fashion is an incredibly intelligent industry, with an ability to transport, inform and inspire audiences and, through Pitti, we plan on continuing our commitment to sharing our history and culture through honest and thoughtful clothes.”

Magugu, who established his fashion label in 2016, was the recipient of the LVMH Prize for Young Designers in 2019. The designer, the first African to win the competition, impressed the jury with a collection, named African Studies, that blended the codes of men’s and women’s wear with a mix of tailored silhouettes in sturdy outerwear fabrics and fluid pleated silhouettes, some printed with entries from the journals in which he used to record his nightmares as a child. In 2019, Magugu also won the overall award for curation and fashion content at the International Fashion Showcase in London.

In September 2020, Magugu launched his brand’s online shop with a look inspired by the front-end look of .edu websites, reflecting his tradition of naming his collections after university courses.

“Thebe Magugu doesn’t only show an unconventional, peculiar approach to fashion design, but he also has a special energy as an individual,” said Pitti Immagine chief executive officer Raffaello Napoleone, during a phone interview on Wednesday. “He studied fashion design, photography and media and his multifaceted background will be reflected in the event he is staging in Florence.”

This edition of Pitti Uomo, which marks a comeback to the physical format after two editions of the men’s wear trade show staged exclusively online through the Pitti Connect digital platform, will be atypical.

As Napoleone explained, Pitti Uomo will be much smaller, with 300 exhibitors instead of the traditional 1,200 in the past, and will feature a program of projects and events focused on the Fortezza da Basso, “where we are studying a strict protocol of procedures to guarantee the highest levels of safety,” said the executive, adding that each individual entering the venue will have to prove they have been vaccinated or has to show a negative COVID-19 test.

According to Napoleone, since the government decree that physical trade shows could resume from June 15 was released only at the end of April, Pitti Immagine has only 60 days to organize Pitti Uomo, Pitti Bimbo and Pitti Filati. The latter will take place June 28 to 30 at the Stazione Leopolda venue in Florence.

“It’s a major effort, but we are enthusiastic about the idea of returning to the physical events, which are crucial for our business,” said Napoleone, adding that the attendance of international buyers and journalists at the fairs will depend on the new regulations that will be released by the governments in the next few weeks. 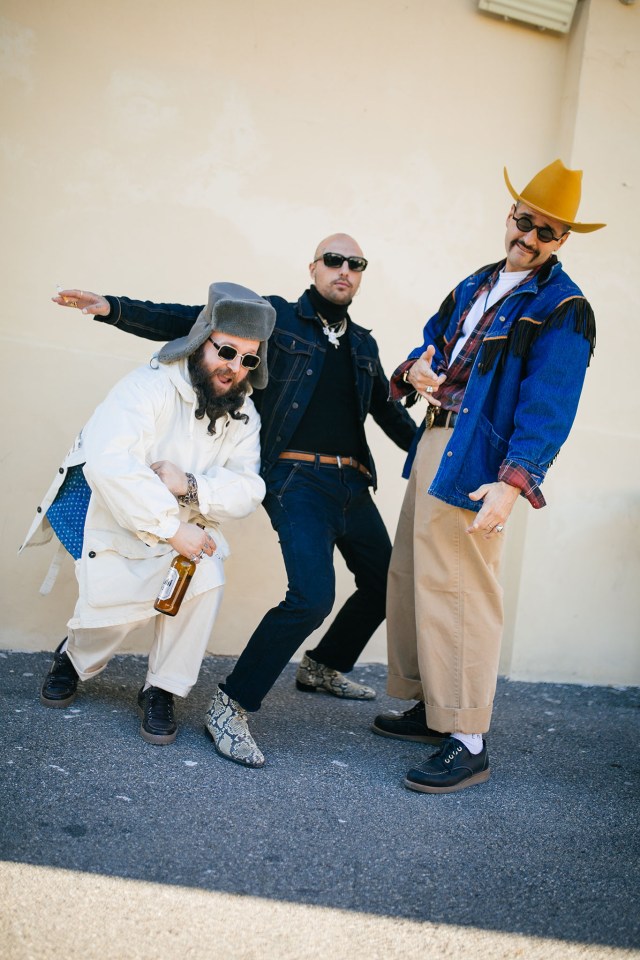 Pitti Uomo will make a comeback to the physical format in Florence from June 30 to July 2.  Kuba Dabrowski/WWD

In particular, while visitors from Asia — Pitti Uomo is usually frequented by 800 people from Japan and another 800 from both South Korea and China — are not expected this season, and only some retailers are expected from the U.S., the fair will be attended mainly by Europeans this June. They will be free to travel across Europe thanks to the upcoming introduction of the Green Pass, a certificate that individuals will need to bring with them to show they have been vaccinated, have antibodies after recovering from COVID-19 or have had a negative test.

Pitti Uomo will welcome visitors at the fairground with installations conceived by graphic designer Francesco Dondona, who, celebrating the trade show’s anniversary, played with the number 100. The show will also feature a special section, created in partnership with Unicredit, displaying the collections of seven sustainable brands, including DNI, Myar, Patchouli, Reamerei, Stories, Vitelli and Woo.

In order to offer support for small and medium-sized exhibitors, this season Pitti Uomo has created the Pitti Studios, where professional photographers will help brands create digital content to promote their spring 2022 collections.

“It’s a significant investment for us, but we think that it’s crucial for all our exhibitors, and not only the biggest ones, to boost their visibility online,” Napoleone said.

While figures on the fashion sector’s performance will be released at a physical press conference that Pitti Immagine will stage in Milan at the beginning of June, Napoleone said although the overall industry mood is positive, companies will take time to return to pre-COVID-19 levels.

One of the most urgent issues that Napoleone highlighted is the significant increase in the price of raw materials and logistics. “In same cases prices increased by 30 percent,” said the executive, noting that this will be one of the themes exhibitors will certainly discuss at Pitti Filati, which will showcase the collections of 60 yarn-makers.

“We are very happy with the feedback we are getting for Pitti Filati,” Napoleone said. “We are having all the big companies displaying their new collections there and we expect to welcome all the creative teams of the most prestigious fashion houses in the world.”