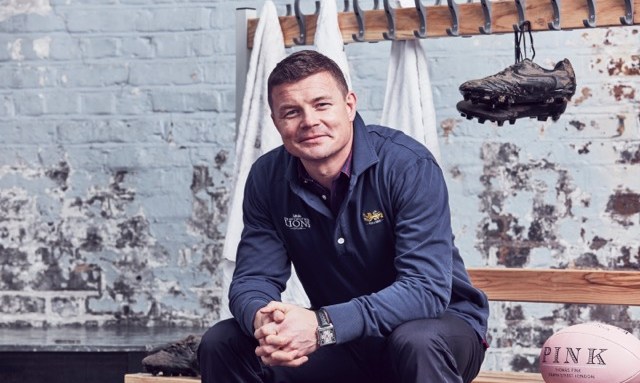 PINK’S PROJECTS: Thomas Pink chief executive officer Jonathan Heilbron hosted a lunch on Tuesday in London to mark the launch of the brand’s latest range of shirts and its second collaboration with the British and Irish Lions, a rugby team.

He enlisted team captain Brian O’Driscoll as the brand ambassador for the Lions Retail Collection. The range is inspired by the uniforms the team plans to wear during its upcoming tour to New Zealand. The collection includes businesswear, tailored pieces, casual wear and accessories, such as the Lions Athletic Fit shirt and the Pink Lion Rugby shirt.

Separately, Thomas Pink has launched a new range of shirts for the professional man.

The label has recently launched initiatives including a new store concept and marketing campaign. Heilbron said online sales growth is 35 percent compared with last year and added that sales at the Canary Wharf store are up by 40 percent this year.

Heilbron added that the weak pound is working for the brand, drawing international shoppers to the British capital. “The immediate positivity is a weak pound in terms of tourists spending in London,” Heilbron said. “The long-term effect, we don’t know yet. Trade deals, intellectual property, the employment rules. It’ll be going on for long.”

When asked about raising prices on products, Heilbron could not commit on whether or not the brand would do so but noted that “the currency is bound to have an impact whether it leads to higher prices” and preferred to wait and see.