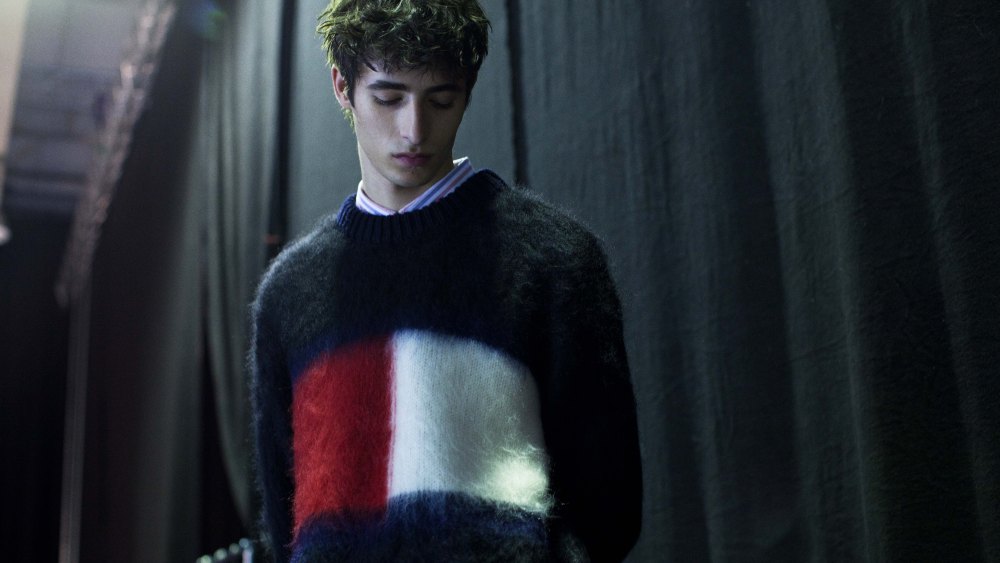 The traditional runway show is so last century.

So instead of trotting a bevy of male models down a catwalk, Tommy Hilfiger is preparing to unleash a multimedia extravaganza at Pitti Uomo to showcase his fall collection.

Hilfiger’s installation at the Florence trade fair from today through Friday takes the place of his traditional dinner in London, where he’s shown for the past few seasons and continues the designer’s move to reinvent the show format.

Last September, he unveiled his Tommy x Gigi Collection by creating a Tommy Pier at the South Street Seaport in New York City to showcase the see-now-buy-now line of women’s wear. And he has already revealed that his fall women’s show will jump to Los Angeles from New York next month.

Hilfiger’s presentation at Pitti marks the first time the brand will be shown at the Florentine trade show. “It’s the right time,” the designer said.

His participation will serve to showcase three levels of the company’s business: sportswear, tailored clothing and Hilfiger Edition, a modern take on men’s wear classics executed in premium fabrics and with luxe details.

On Tuesday the company will host a two-hour presentation at Palazzo Corsini where 20 looks from the Hilfiger Edition collection will be showcased on mannequins. The designer said the evening will include influencers such as the model Lucky Blue Smith and Julian Ocleppo, an ATP Tennis pro who just happens to be the designer’s stepson. They will all wearing Hilfiger Edition during the event.

“They’re all great-looking guys who will be wearing the clothes,” he said.

He added that by surrounding the brand with influencers who have “very strong social media followings we’re keeping the brand youthful and innovative.” He pointed to the company’s naming of tennis pro Rafael Nadal as a global ambassador for the underwear and tailored clothing collections in 2014 as part of this initiative.

Asked if he plans on creating a capsule men’s collection around Ocleppo or any of the other influencers, Hilfiger would only say: “We’re going to announce a capsule in the near future with a male star yet to be named.”

For now he said he doesn’t want to take the focus off of Pitti, where he said the brand is seeking to create an “innovation explosion.”

During the run of the show, Hilfiger said the company will install an assortment of all three lines at the Fortezza da Basso, a vintage building where “we will use technology to showcase our men’s wear in an experiential way.”

Hilfiger is embracing cutting-edge digital technologies for the presentation, which will feature looks from Edition in addition to the company’s sportswear and tailored clothing offerings.

Among the bells and whistles will be three floor-to-ceiling octagonal LED columns that will show “an exploded visual video experience” of the brand.

There will also be a display of Tommy Touch, an in-store digital shopping fixture that will display a variety of sizes and colors for some of the brand’s more popular basics. This technology allows customers to shop additional options when space is limited on the sales floor.

In addition, there will be a digital touchscreen shopping wall where visitors can shop the spring collection and purchase immediately from the brand’s web site. The touchscreen will also showcase behind-the-scenes videos, campaign images, social media content and interactive video.

“It’s an advanced way to show the collection to buyers,” he said. “And it keeps us in the forefront and ahead of the game. In this business if you snooze, you lose.”

But at the end of the day, it’s all about the product, and Hilfiger said the fall collection “will have a very exciting spirit.” For the Editions line, “there will be Ivy League essentials with military details and British tartans,” he said, which will include a red, white and blue color palette.

In the tailored clothing offering, looks will be deconstructed, more casual and edgy, he said. The sportswear will have a Nineties twist with a rebellious overtone with contrasting silhouettes, oversize proportions and athletic influences.

Hilfiger said moving to Pitti this season makes sense from a business perspective. “We have a very big business in Europe and the majority of men’s wear buyers will be going there,” he said. Whether he will return to London — or even New York City — for his next show has not been decided.

Hilfiger did say, however, that the Pitti presentation will be his “global men’s presentation” and he won’t participate in New York Fashion Week: Men’s in New York at the end of the month.

“We think change is good,” he said. “Doing the same thing over and over is boring.”