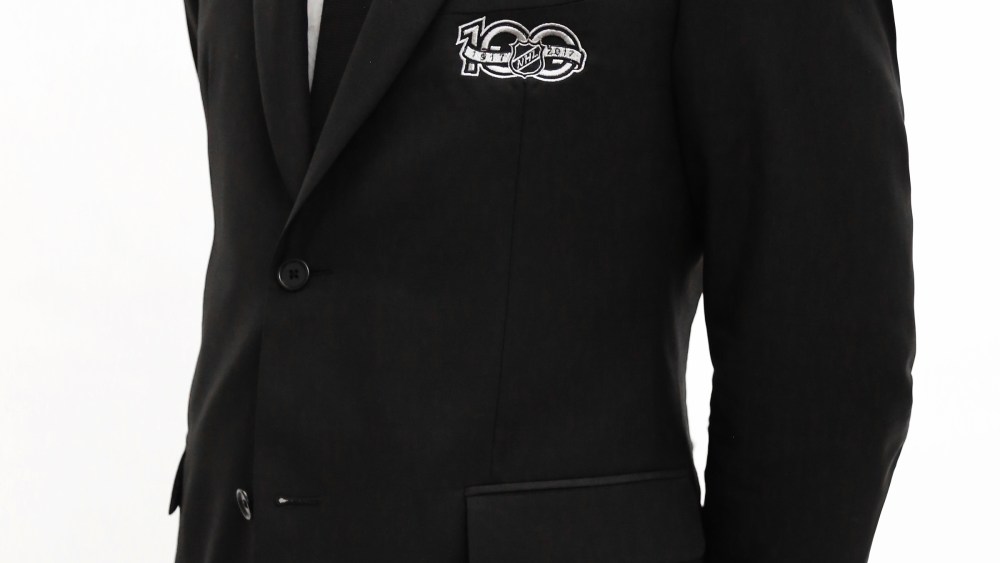 John Varvatos is a self-professed hockey junkie. One of his most cherished memories is when the Detroit Red Wings presented him with a hockey sweater on the ice last year after he opened a store in his hometown. “They welcomed me back and the coolest part is that they let me pick the jersey number, so I picked nine for Gordie Howe who was one of my heroes growing up,” he said.

Varvatos will show his love for hockey once again this weekend during the National Hockey League’s run-up to the All-Star Game in Los Angeles on Sunday.

Varvatos has collaborated with the league for TheNHL100, a black-tie gala Friday night that will honor the 100 greatest players of all time. Each of the players will receive a customized blazer created by Varvatos.

“About 70 of them are still living,” the designer said. So he had his Italian factory create made-to-measure black wool and mohair-blend jackets for each honoree that includes TheNHL100 logo on the breast pocket and the player’s name embroidered on the interior. “They’re really one of a kind,” he said.

The project comes at a time when Varvatos is rejiggering his business to adapt to the tough retail climate.

Last week, the company laid off 12 people including Wayne Meichner, president of retail, as well as staff in human resources, production and design, according to sources.

Varvatos confirmed the number of layoffs, adding: “It was a small percentage of our workforce, which is close to 400 people.

“We’re refocusing, like a lot of people,” he continued. “It’s terrible whenever you have to lay off people, but we’re also hiring new people. We just added a vice president of merchandising. Business is more challenging and the holiday was tough for all of us — and the promotional cadence makes it very hard. Sixty-five to 70 percent of our business comes from our own stores, but the consumer and the market have changed and the way we’re focusing internally has to change too. But we still had an increase in our business last year.”

The layoffs also come as Varvatos is preparing for his fall show during New York Fashion Week: Men’s where he will once again close the week on Feb. 2.

The preparation for the show is keeping the designer from attending TheNHL100, which is disappointing. “I would die to see all those players in one place,” he said.

Varvatos has worked with the NHL officially and unofficially for the past decade, he said, providing wardrobes for awards events while also dressing individual players.

“Unlike football or basketball players who have to have made-to-measure, most hockey players can be fit off the rack. They like our style and they wear our suits before and after games and buy our sportswear and watches, too.”