Queen Viv on Her ‘Model Company,’ Unisex and More

Her Man collection had previously shown in Milan. 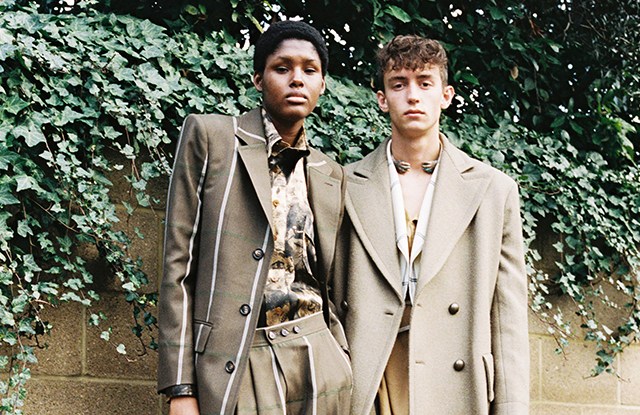 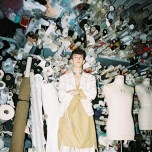 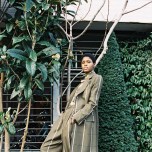 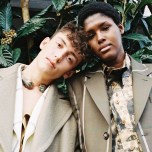 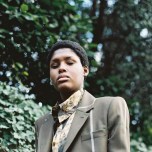 LONDON — Dame Vivienne is back home.

Vivienne Westwood, London’s queen of punk, is back on the catwalk for fall with a unisex collection that fuses her Man men’s wear line and her Red Label women’s wear collection. The activist designer said the new main line collection, Vivienne Westwood, is an exercise in quality, efficiency — and environmental friendliness.

“I’m trying to make my company a model company for the age in which we live, in the hope that we do have a future and that the world will not fall victim to climate change,” Westwood said in an interview.

“We’re showing in London for the sake of efficiency because we’re at home,” added the designer, who previously showed Red Label in London and Man in Milan. The move is also part of a slimming down and reorganization of the business — which is all about “‘less is more” — and sending a clear brand message for the industry and the end-consumer.

Not that Westwood’s business has ever been without a message. From her days as the queen of punk through to her emphasis throughout the Eighties and Nineties on craftsmanship, longevity and historical details drawn from the Renaissance, her design process has always been as much about the theme and thought behind the clothes as the clothes themselves. A conversation with her can as easily swerve through economics, politics, history and societal trends as it can lapels, fit and materials. Never forget that she was once a school teacher.

Westwood said her company’s maxim is now “Buy less, choose well, make it last,” which limits the exploitation of the planet’s natural resources. “We’re very keen on unisex. It sounds like a joke, but in fact it’s all about styling. Swapping clothes with your partner means you can spend less. For at least 100 years women have been wearing trousers but now like the Arabs, men are wearing dresses.”

Quality not quantity doesn’t just apply to product, but to day-to-day work as well, Westwood contends. “It means the people on our team make decisions according to taste and judgment — very little to do with sales figures and statistics. A happy company is an efficient company because everything flows, people feel rewarded and secure in what they’re trying to do.”

Westwood said the latest collection, which will show at 2 p.m. on Monday, was inspired by “art, craft and theater; clothes inspired by culture. We’re a high-fashion company. It’s skilled, labor-intensive, veers towards the artisanal; one of its features is that, through cutting principles, we mass produce clothes that look couture.”

Vivienne Westwood is one of many design houses, including Burberry and Paul Smith, to consolidate its collections and clarify its offering to suit new consumer habits and trends.

Of late, Westwood has been busy on both the business and cultural fronts. Following the opening of a 1,200-square-foot boutique in Paris last October, she unveiled a 15,000-square-foot flagship in New York last month. The brand previously had a 7,000-square-foot unit at 71 Greene Street, which later closed.

Last month, Westwood revealed that she and Kronthaler designed bespoke stage outfits for the members of the Vienna Philharmonic Orchestra for its 175th anniversary. The designs debuted at the Vienna New Year’s Concert on Jan. 1. The couple loves classical music and met in Vienna when Westwood was teaching at a fashion school there. They married in 1992.

In December, the company mounted an exhibition at the Shanghai K11 Art Mall. Called “Get a Life,” it focused on the label’s creativity, activism and environmental advocacy. The display featured campaigns that Westwood has worked on with the U.N. and Greenpeace on issues involving climate change and ocean preservation. Also on the show were graphic drawings and clothes from the archives inspired by Westwood’s activism and travels.

Throughout the last two years, Westwood has been more visible than ever — at least on the political front — driving a tank to then-Prime Minister David Cameron’s house to protest fracking and shaving her head to highlight climate change.

Perhaps the ultimate protest came in November, though, when the designer  joined her son, Agent Provocateur founder Joe Corré, at a ritual burning of punk memorabilia in defiance of celebrations in Britain to mark the 40th anniversary of the movement. The memorabilia was said to be worth 10 million pounds, or about $12.5 million at current exchange.

“If we could get half the country to switch to green energy supply it would change the world and the possibility of our future,” Westwood said during the protest.

She may be 75, but she’s as revolutionary as ever.