What to Watch: Shape Shifters

The slouchy silhouette is replacing the ultraslim fit in both tailored clothing and sportswear. 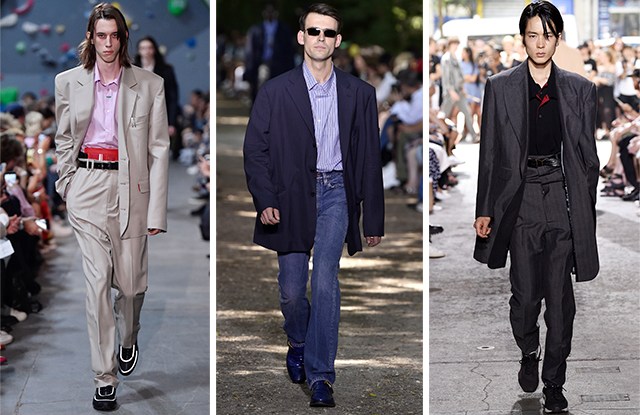 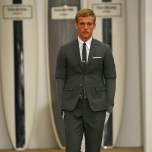 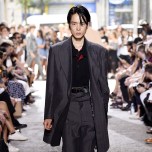 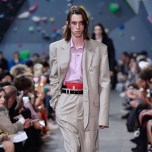 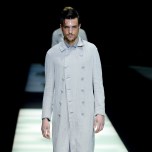 In the early Aughts, designers such as Hedi Slimane and Thom Browne challenged the men’s wear norm by introducing ultra-fitted silhouettes after nearly two decades of extremely slouchy fits.

But a few seasons ago, the proportion game started to change as influential South Korean designer Juun J joined new cult status brand Y/Projects and Belgian designer Raf Simons to push body comfort over body conscious. But it wasn’t until Demna Gvasalia’s first runway collection for Balenciaga a year ago that the door to the new trend was kicked open.

As with most things in fashion, for spring 2018, the trend has now gone wide, as key brands such as Martine Rose, Marni, Giorgio Armani, Dries Van Noten and Bode have all proposed elongated double-breasted suits, boxy jackets, ultrawide pants and longer-than-long coats. Even retail-friendly labels such as Boss Hugo Boss, Todd Snyder and Perry Ellis are joining the conversation, making the “bigger is better” comeback story a business reality.

The oversize silhouette is affecting more than just tailored clothing. Thanks to the revival of Nineties streetwear and its baggy denim offerings, the look is taking hold in sportswear as well. From Levi’s sub-brand Redone’s assortment of baggy jeans to Acne’s relaxed styles, these brands are adding street cred to the runway trend.