The tour included an unveil of the maquette for a 12,917-square-foot extension to and restoration of the property’s 116-year-old shearing shed. 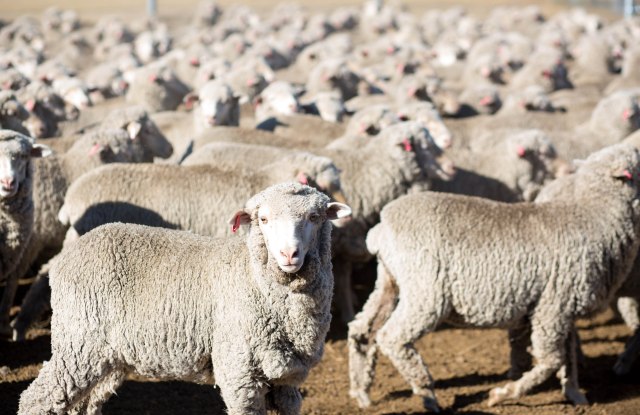 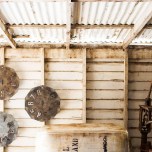 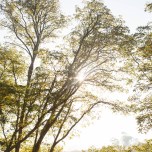 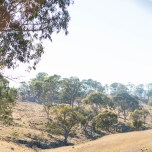 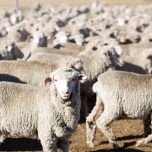 SYDNEY — Ermenegildo Zegna this week unveiled its new wool–growing property in Australia, outlining plans to open it up to tourism and produce new fabrics using wool grown on the premises.

In the country to attend the 85th annual International Wool Textile Organization congress, which ran from April 4 to 6 at Sydney’s Four Seasons Hotel and to present the 2016 Zegna Wool Awards, Ermenegildo Zegna chairman Paolo Zegna played tour guide to a small international contingent in Armidale, NSW, an hour by air from Sydney.

The destination — Achill, the 6,336-acre property in which the company purchased a 60 percent stake in July 2014, a deal estimated to have been worth 5.7 million Australian dollars or $5.3 million at July 2014 exchange according to real estate sources. Charles Coventry, a sixth-generation wool-grower retains 40 percent of the property.

The tour — personally led by Zegna, at the wheel of one of a convoy of five four-wheel-drive vehicles — included an unveil of the maquette for a 12,917-square-foot state-of-the-art extension to and restoration of the property’s 116-year-old shearing shed, designed by award-winning Sydney architect Peter Stutchbury.

Plans to boost the current stock count by 40 to 50 percent to “at least” 14,000 to 15,000 sheep have been thwarted by drought conditions, Zegna said. However the first fruit of the company’s new vertically integrated “farm-to-fashion” joint venture has already been realized in the form of a special Achill fabric developed from the property’s wool. The fabric is destined for a “sportive” capsule Fall 2016 collection in Zegna’s made-to-measure division — one of the company’s two fastest-growing segments according to Zegna, alongside wool sportswear.

Australia nevertheless accounts for more than 90 percent of the company’s wool buy, he said, making Zegna one of the single biggest buyers of Australian superfine wool, which represents 20 percent of Australia’s 2.7 billion-Australian-dollar wool clip, or $2.5 billion at current exchange.

But Achill’s true value extends far beyond its wool-growing capabilities, said Zegna. The company is looking to capitalize off the global publicity of the 50th anniversary celebrations of the Zegna Wool Awards in April 2013 and eventually turn the property into a tourist destination.

Peter Stutchbury said the Achill woolshed rebuild could start as early as October 2016 and should take five-six months to complete. In what Stutchbury believes is a first for an Australian woolshed, the brief included public viewing areas, a function room, kitchen facilities, office and visitor reception areas.

“We would like to become a little model farm in a way,” said Zegna.

In Australia for the first time this week, also to speak at the IWTO summit, Pitti Immagine chief executive officer Raffaello Napoleone joined the Achill tour and said the experience helped him gain a much deeper understanding of a sector he described as “one of the driving forces” of his Pitti Immagine Filati show, with 90% of exhibitors being wool spinners, the majority handling superfine merino wool.

“To understand exactly and see physically how it works, has been very important for me,” said Napoleone, who also spent time on Monday talking to the 2016 winners of Zegna’s Vellus Aureum Trophy for the world’s finest fleece — David and Susan Rowbottom from St Helens, Victoria, whose winning fleece was a record-breaking 9.9 microns. “What was very crucial for me was to understand the connection between the wool producers, the farmers and the industry – the love of the work they do, the passion, the commitment, the [professionalism] and belief in what they do.”