As the brand he cofounded in 2010 is frozen, Diego Marquez is launching his first solo fashion project focused on shirting.

MILAN — The pandemic has forced many designers to press pause and reset, faced with turbulent economic prospects as well as creativity challenges.

Diego Marquez, cofounder of hip contemporary brand Au Jour Le Jour, which gained a significant following in the mid-2010s, is taking the solo route with the launch of a new namesake fashion project for spring 2022.

The brand was established in tandem with business partner Massimiliano Lanza, a web designer and art director who had little to do with the fashion world but played a pivotal role in convincing Marquez to embrace this venture, while Milan-based Anima Group is helping the designer and Lanza set operations.

Marquez explained that the Au Jour Le Jour brand is on hold since the last collection introduced for spring 2020 and time will tell if he and business partner Mirko Fontana will ever resume the brand they founded in 2010.

While taking a step back from the fashion world, Marquez spent time musing on his background and origins, as well as on how he envisions a fashion brand today. “I felt like the fashion world dominated by marketing and digital principles no longer represented me,” said Marquez.

During lockdown he also wrote a book retracing his parents’ journey from Chile to Italy in the ’70s, which had him “rediscover my origins, the culture embedded in it, which I had always considered to be not so cool.” 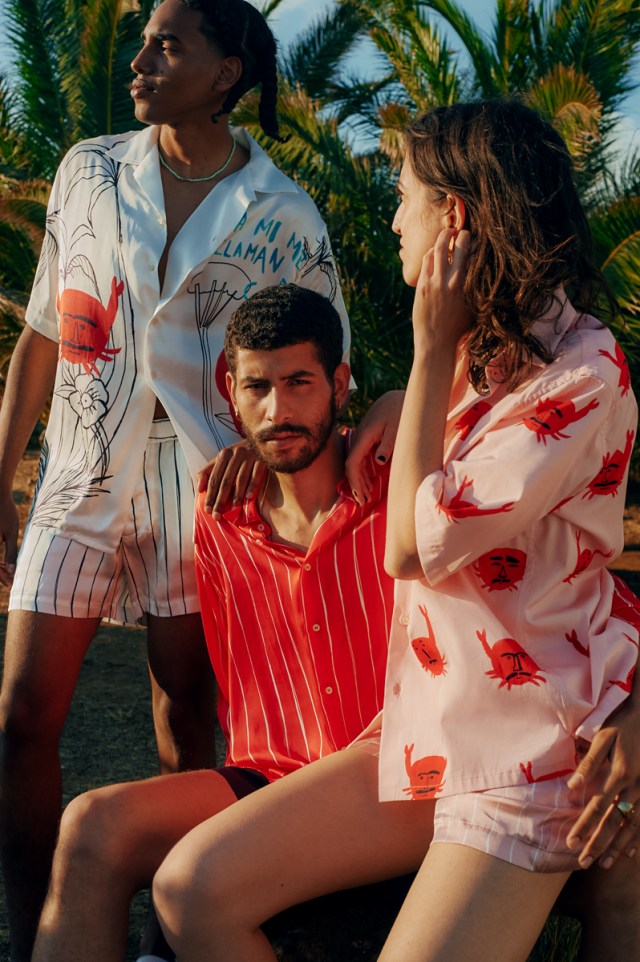 Based in Milan, Marquez brought the colorful and happy spirit of Latine culture to the fashion item he treasures the most, both personally and professionally: A well-crafted shirt, which he described as a sensual garment for men and women.

Working a premium selection of materials including Oxford cotton, poplin and viscose with a silky touch, shirts are available in three fits, each cut in short- and long-sleeved versions.

“There’s a raw and emotional aesthetic to the collection, drawn from the ‘barrio’ lifestyle,” explained Marquez, who teamed up with Spanish illustrator Ana Villegas to create the quirky characters — each bearing names drawn from the Latine lexicon, such as Lola, Pepe, Miguel, Ramona — that appear on the shirts almost like they were taken from a sketchbook, he said. “They are the weirdos each family has,” Marquez enthused calling the group as “Familia Desastre.”

Celebrating the Mediterranean iconography, which is also part of his background, other styles feature prints of anthropomorphic crabs and lobsters, as well as illustrated scenes of seaside urban landscapes with pop-tinged houses and villas, the latter inspired by the island of Pantelleria, Italy.

Mindful of the need to give the brand commercial viability, he also developed a range of pajama-style shirts and shorts embellished with hand-drawn stripes or giant initials, for “customers that are less loud fashion-wise,” he said.

While conceived as a men’s brand, Marquez sensed it could appeal to women, as well, de facto debuting the spring 2022 collection as a genderless offering while strongly tailored for a precise target: men in their 40s looking for a special piece to wear. He confessed to himself being the epitome of the customers he expects to wear his creations. 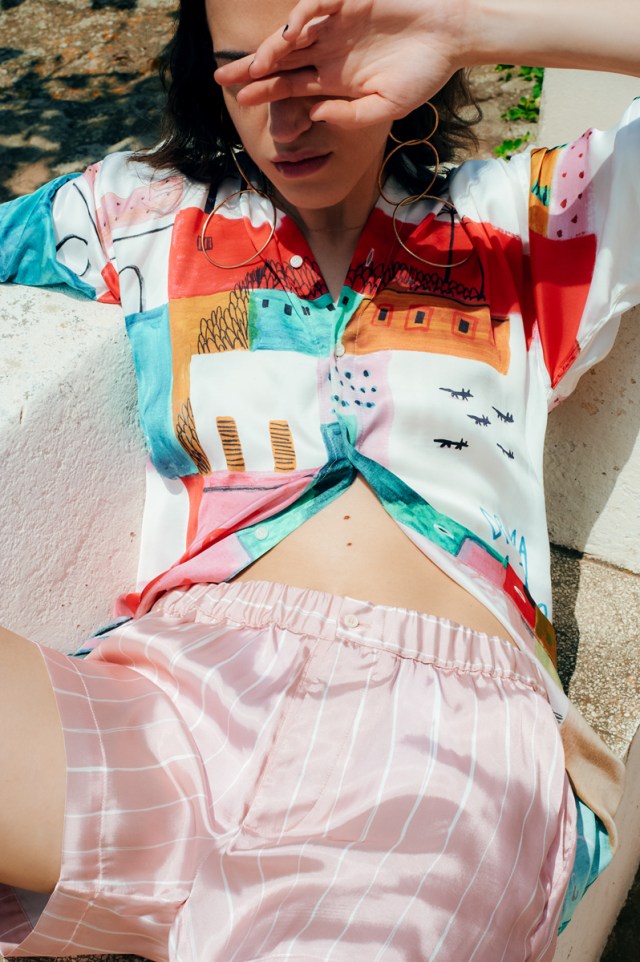 Positioned in the advanced contemporary market, the collection retails at between 270 euros and 400 euros, and it is wholesaling at Milan-based showroom Cicerchia. Marquez said buyers’ responses have been encouraging so far, especially as the sales campaign will stretch well into late September, to tap into the women’s market.

Following an unusual route, the designer confessed he’s also aiming to launch a tableware capsule bearing the same graphics and illustrations seen on the clothes, “capitalizing on this category which is booming in the aftermath of lockdowns,” he said. Marquez is also committed to expand into eyewear in due course.

“It’s a lifestyle brand which we can definitely have fun with,” he said.