The high-end label is backed by a trio of Spanish businessmen. 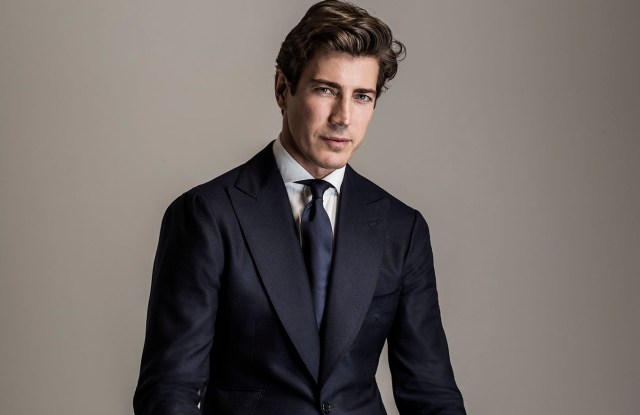 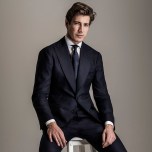 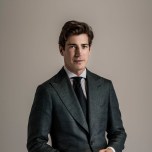 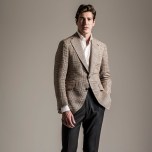 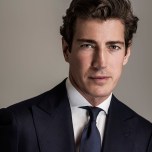 The team behind B Corner is an eclectic group, but while their backgrounds may be different, they’re all committed to creating a luxury men’s clothing brand that is a Spanish alternative to the English and Italian labels currently dominating the market.

As the story goes, Spanish nobleman Jaime de Marichalar y Saénz de Tejada, the former son-in-law of King Juan Carlos of Spain and a board member of Loewe and Dior, was in search of a new suit maker when his longtime tailor, Antonio Diaz, passed away about four years ago.

He happened upon Goyo Fernández, a custom tailor and owner of a men’s boutique in Madrid who was already working with Federico Zanolla, an entrepreneur and a banker, on a new tailoring concept.

Marichalar asked Fernández to make suits for him, the three men soon became friends and decided to work together to create a new business that they called B Corner.

They solicited internationally known model Oriol Elcacho, recognizable for his work for Ralph Lauren and other well-known fashion brands, along with actor Diego Martin to be the faces of the brand. And they were on their way.

“I became friends with Federico in Madrid and I started wearing the clothes to events around the world,” said Elcacho, who continues to model in addition to his role as brand ambassador of B Corner. “To be able to wear something so well-made is unheard of for models. But from that, our relationship expanded to where I became a spokesman for the brand.”

Elcacho said has had a “passion for design, products and clothes since I was a teenager. I found that being brand ambassador for B Corner and getting involved is a way to express some of my creativity and knowledge that I accumulated all these years working in fashion with amazing creative teams. B Corner is a perfect match because I share with Federico, Jaime and Goyo the idea of men’s clothing as a way of self-expression and identity. The camaraderie and friendship of this project is something really important — they make me feel part of the family.”

Although he has no plans to leave modeling behind anytime soon, Elcacho knows he’ll eventually be looking for a second chapter. “I can’t model forever nor I want to do it forever,” he said. “But I’m still modeling at the moment and I still have passion for my job which has given me incredible opportunities. It’s a chapter that I don’t think is closing anytime soon, but I think it will more likely evolve or transform as opportunities arrive.”

But he doesn’t expect that this will involve creating his own brand — at least not now. “I don’t think the time has arrived yet. It’s a very complex endeavor and I have great respect for the profession.”

So for now, he’s focused on helping B Corner expand its reach.

The brand produces bespoke, made-to-measure and off-the-rack men’s wear targeted to a sophisticated yet contemporary man. Its timeless aesthetic is a blend of classic patterns in silhouettes that blend Italian and English sensibility with the artistry of a Parisian atelier. It has a retro feel with hints of the Forties and Fifties in high-waisted cropped pants and suit jackets with softly constructed shoulders, a bit of roping and a wide lapel. The tailored looks are complemented by ultra-thin cashmere turtlenecks and crewnecks and dress shirts that have a higher neck stance that offer a touch of distinction.

“There’s a need in the market for nice suits with a modern touch,” Marichalar said. Zanolla described the collection as “slow tailoring,” while Fernández said it incorporates a mix of Italian and English “with a Spanish touch.”

The line launched commercially two years ago and is now carried in the El Corte Ingles department store in Spain. Two months ago, El Palacio de Hierro in Mexico added the collection.

“And the plan is to bring the line to the U.S.,” said Zanolla.

Because the line is so artisanal, its distribution is limited — intentionally. For 2018, Zanolla said only El Corte Ingles and El Palacio de Hierro will carry the collection, along with The Rake, a luxury men’s e-commerce site based in the U.K. “We’re going to be co-branding with The Rake for an exclusive for fall,” Zanolla noted.

But for 2019, the team would like to meet with Barneys New York and Bergdorf Goodman — or other American retailers of that ilk — about potentially adding the collection.

“Our workshop cannot make a lot of suits,” Zanolla said. “It’s a small atelier and if we lose this characteristic, we lose the brand. We want to offer something special that is of the highest quality.

B Corner’s 10 tailors in Madrid can produce only about 3,000 off-the-rack suits a year and there is no plan to significantly increase that number. All of the suits are handmade and there are few tailors qualified enough to work on the line, the partners said. An off-the-rack suit takes up to 30 hours of hand-stitching while the bespoke garments take 50 hours.

Prices for off-the-rack suits range from 1,900 to 2,500 euros, while made-to-measure starts at 2,800 euros. In addition to suits, B Corner offers sport coats, trousers, dress shirts, knitwear, formalwear and outerwear.

“We want to grow in markets where we see the most opportunity,” Zanolla said. “If we get enough interest in the U.S. market, we would give priority there. Step by step.”