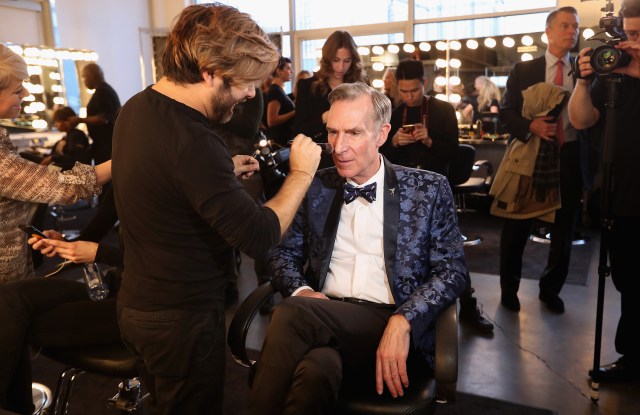 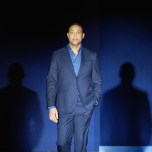 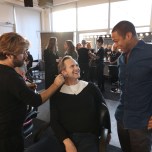 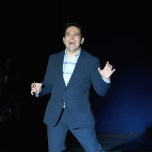 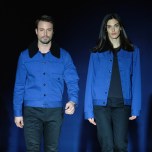 “[The organizers] said to me, ‘can you get into runway mode?’” said Simon Doonan, creative ambassador at large at Barneys, who sported a navy Theory blazer backstage at The Blue Jacket Fashion Show Wednesday night. “And I said, I’m always in runway mode. My problem is not being able to get out of runway mode.”

Held at Pier 59, the first annual fashion show aimed to bring awareness to prostate cancer, a disease that ranks as the second leading cause of death among men. Designers like Joseph Abboud, Nick Graham and Nicole Miller were tapped to create custom designed blue jackets to be worn by the likes of host Carson Kressley, Mario Cantone and Lee Tergesen, among others. A few of the designs are currently up for auction, with proceeds benefiting the National Prostate Cancer Foundation.

“I think it’s important especially now to be involved in things that matter,” said CNN host Don Lemon, wearing a matching suit designed by Proper Cloth. “I talk about [health care] every day on television so it’s nice to be able to walk the walk, which I’m actually doing. I’m putting my face out there and actually doing something for the cause rather than having a discussion about it. This way is more present than having a conversation.”

The show kicked off with a performance by Ian Mellencamp, who wore a look designed by Maggie Norris. The models each had their own spin on a runway walk, some even dancing down the runway. Bill Nye, who just walked in friend Nick Graham’s show the previous night, got some runway tips from Karlie Kloss to keep in mind when modeling Graham’s blue floral print blazer.

“You know I’ve been working with Karlie Kloss and she had the whole crew doing this how to walk the runway thing, you know with your chin down,” he said backstage. When asked if he was nervous to walk during the show, Nye responded: “If you stop being nervous quit doing it! That’s the theater. If you’re not a little bit nervous then go home.”

In addition to the proceeds raised through sale of the designs, sponsor Johnson & Johnson asked guests to download its app, Donate a Photo. For every photo posted on the app, Johnson & Johnson will donate $1 to the National Prostate Cancer Foundation. Every 30 photos shared through the app funds one hour of research and development.