The designer collaborated with the band’s frontman Robert Del Naja on a capsule collection for the 11 by Boris Bidjan Saberi line.

“Robert had been working with a Swiss laboratory to transform a piece of music into organic DNA,” explained Bidjan Saberi somewhat cryptically, calling from his studio in Barcelona. “He wanted to find a way to incorporate it into a garment, and reached out to me.”

The pair soon realized an easier option was to translate a music piece into codified letters, a task also performed by a specialized laboratory in Switzerland. These letters were then printed on bleached T-shirts designed by Del Naja, who is also a graffiti artist, for 11 by Boris Bidjan Saberi, the designer’s second line. “But we’re still working on the DNA thing,” Bidjan Saberi noted.

Launching Jan. 17 in Paris, the collaboration stemmed from the duo’s blossoming friendship. “Massive Attack really changed my feeling toward music,” Bidjan Saberi said of the British trip-hop collective. A self-confessed fan, the designer’s favorite track is the 1998 song “Teardrop.”

More discussions and meetings led to another phone call, during which Del Naja, exhausted from Massive Attack’s world tour, had a quick moan about having to basically live in the band’s tour bus.

“I immediately thought it would be amazing to dress the band and its crew, in order to help them stay comfortable, warm and protected,” Bidjan Saberi said. 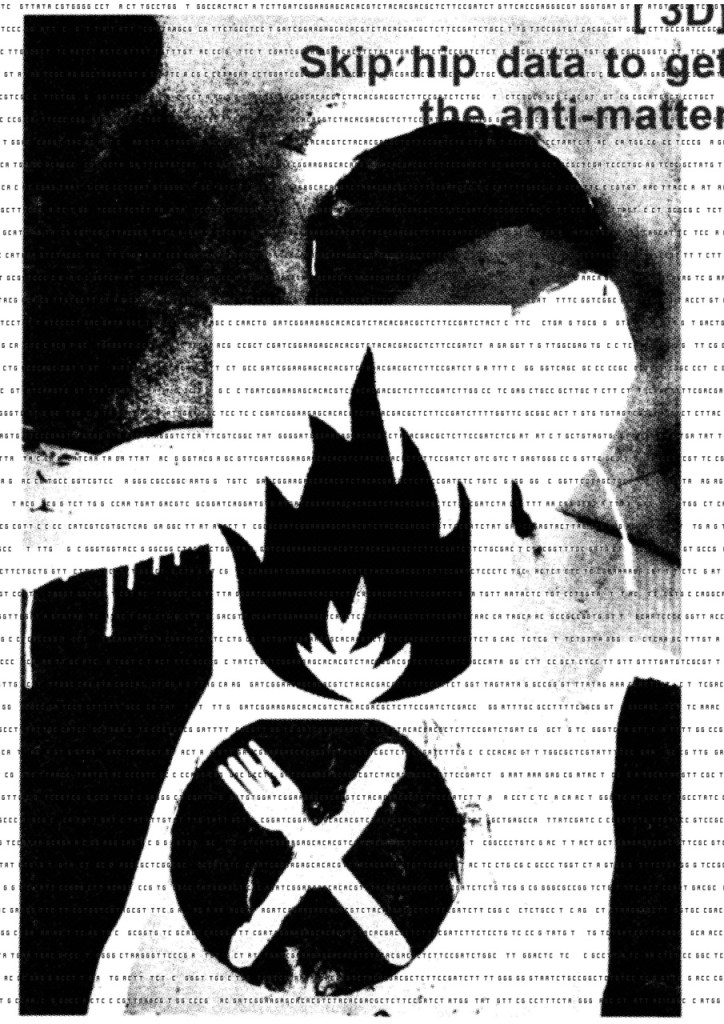 One of the prints on the T-shirts designed in collaboration with Massive Attack’s Robert Del Naja.  Courtesy

The collection features 11 pieces, from the aforementioned T-shirts to sweatshirts, pants, jackets and hoodies — but don’t call it music merch.

“The idea was really to equip the Massive Attack crew, and we then decided to make the collection available to the wider public,” the designer explained. “As there are a lot of technical fabrics, especially on the jackets, the price point is higher than classic band merch. It’s more destined to Boris Bidjan Saberi clients who are also super fans of Massive Attack, like me.” 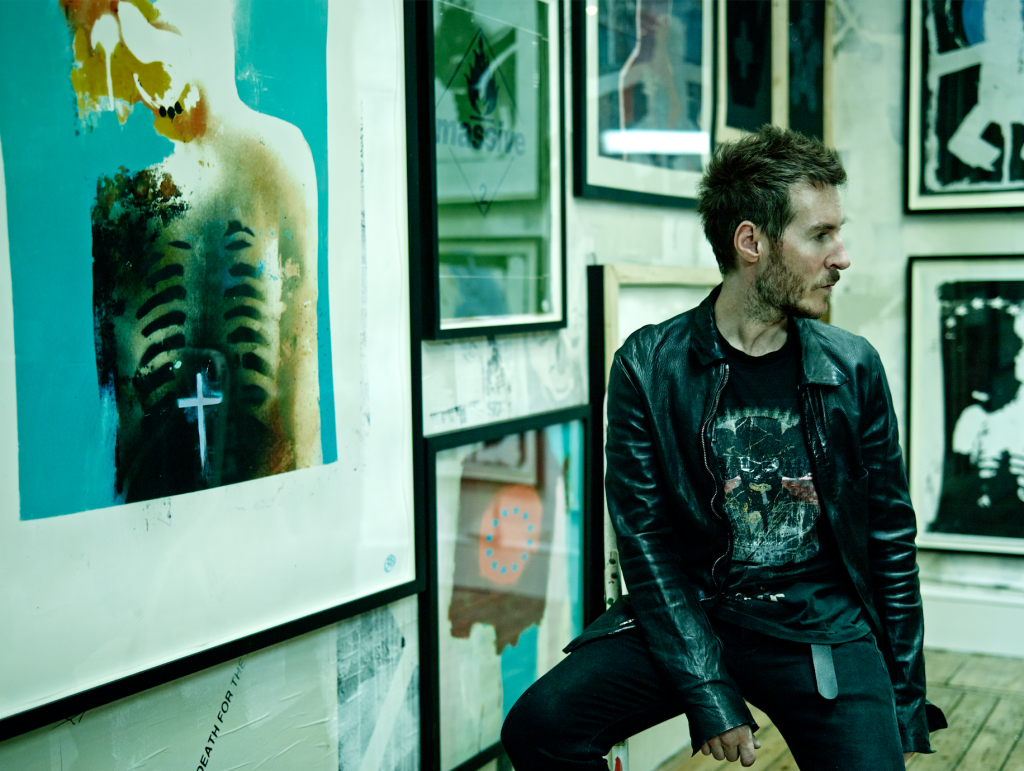 The collaboration comes at a moment when Bidjan Saberi is seriously questioning the role of a fashion designer today. Last season, the German designer opted out of the official Paris Fashion Week schedule to present his collections during one-to-one meetings in his showroom, a decision he is sticking by this season.

The reasoning behind his stepping back from fashion is a growing worry about sustainability. “The most sustainable option would be to just stop making clothes,” Bidjan Saberi said. “Should I stop fashion and go open a bar somewhere? What is my fashion practice bringing to the table?”

After long talks with Del Naja — who shares the designer’s questioning, especially when he takes in account the amount of traveling a world tour implies — Bidjan Saberi came to the conclusion that there was a deeper meaning to his day job.

“My work is cultural: There is a real artistic mind-set behind each piece, and I want to get people to think about what they really need,” explained the designer, who is gearing up for a retrospective exhibition of his work in Barcelona, to open on Feb 4.

“As an artist and fashion designer, you have a responsibility toward society. I never said my brand was organic; the aim is to punish the world the [least] possible and try to slow things down a bit. But if the world was without new creation, we would die. What moves people to wear our stuff is that there is a strong passion behind it. You need to really feel something with fashion — that’s something we should never lose. Otherwise, what would we live for?” 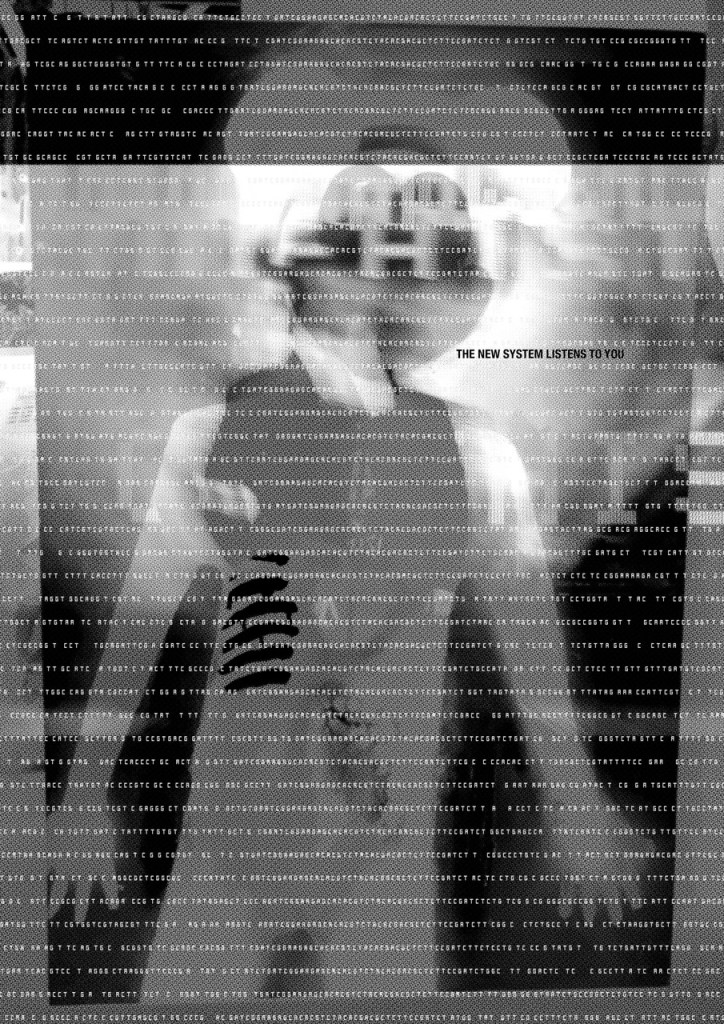