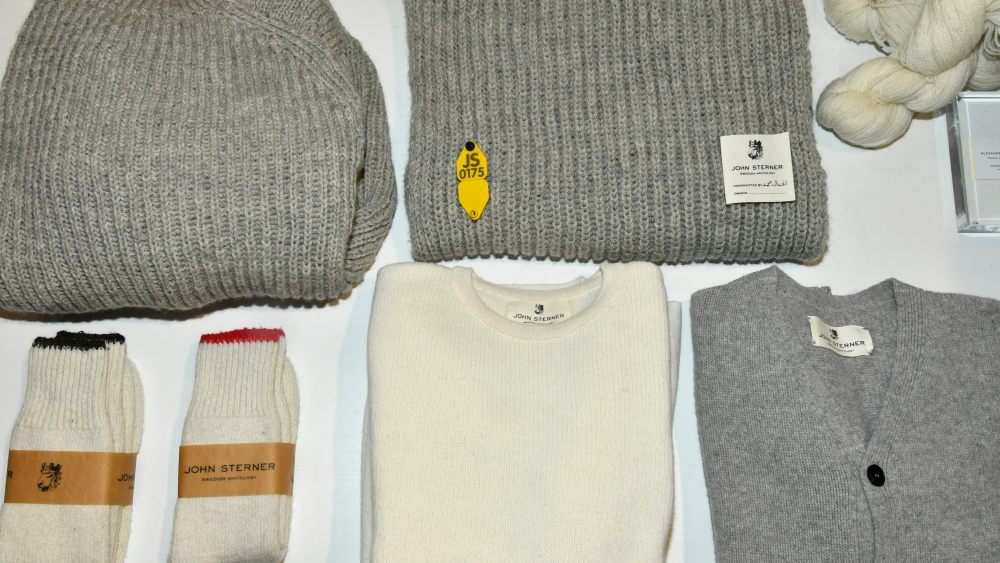 PARIS — With Japanese buyers back in force, a positive energy pulsed through the men’s trade fairs, Capsule, Man and Tranoi, held here in tandem with the men’s runway shows. While spends were flat on-year, buyers’ moods were upbeat.

“This show [Capsule] is a good integration of what’s happening in fashion now – a mix of very high with accessible, what big box stores are trying to do,” she continued. “To cultivate this youthful feeling, not necessarily young, but savvy, very active on social media. A lot of brand energy right now is coming from that. And stores are chasing these young, alternative independents because they’ve seen the energy and buying power of this customer.”

Trading on the youth influence as a launchpad, Capsule showed four labels voted into the show by followers of Highsnobiety.com. Tranoi curated Atelier, a space for young designers, at its inaugural Carreau de Temple show.

“It’s all about comfort, which makes a lot of sense given how everyone feels so uncomfortable these days,” he said. “For many years, the kind of proportion play that you see in more mainstream men’s wear, like Yohji Yamamoto and Rick Owens, who were exaggerating existing men’s wear shapes, was always in black. Now you’re seeing those same kinds of proportions and ideas in color and in more traditional men’s wear fabrics.” California-based Monitaly, designed by Yuki Matsuda, is one interesting take on that, he added.

Another influence is the great outdoors: “There’s a harkening back to this Pacific Northwest outdoorsy feeling. It’s great for the world we live in now, where temperature is fluctuating drastically. You need layers that have technical aspects but aren’t really technical outerwear.”

Among Peskowitz’s standouts was Nanamica at Man. The Japanese label, which developed new fabric groups such as moleskin coats and cable-knit jumpers, was also a hit for Hugo Wilk, creative director at Stockholm’s Nitty Gritty.

“They were among the first mixing functional and technical materials into the fashion segment, and that’s important for us at the moment. That’s what our customers are buying – functionality and fashion,” he said. Wilk was cutting certain pricier brands from Nitty Gritty to buy more into accessible brands that are working well.

“There’s this relaxed ease of dressing with a twist of conventionality,” agreed Jill Donnelly, owner of Baby and Co in Seattle. “It works well for Seattle because we’re a casual town and we’re a tech town. In a way, it’s a shame because we love the discipline and formality of great men’s dressing, and now there’s this permission to just look like you’re going hiking.”

She cited strong outerwear from Sage de Crêt, where bestsellers included casual parkas with soft linings. On her way to the Paris Women’s March, Donnelly referenced a new consciousness among her customers. “Sales dropped 45 percent in November: People were devastated and a pair of shoes wasn’t gonna cure that ache,” she said. “There’s a pragmatism, get down to work, let’s protest. Excess is not for right now. There’s a lot of intentionality and being conscientious. Vote with your dollars.”

Uknwn’s Colon echoed that consciousness: “If you have an administration who believes that global warming is a myth, we’re all committed to making sure the decisions we make are informed. Your buying power is going to have to sustain policy that isn’t being sustained. Vote every day.”

Among brands speaking to the youth influence, Colon loved Lot, Stock and Barrel in Capsule’s vintage salon. For their first trade show in Europe, co-founders Benjamin Phillips and Florence Tang, who met working on Levi’s Premium, demonstrated the art of retrofitting vintage jackets, chain-stitching anything from broken hearts to Snoopy, with artwork hand-drawn themselves.

“They’re taking all these interesting things in the athletic field – I will not use the word athleisure – cultivating this vintage trend but using patchwork so you have a sense of individuality,” Colon said. After Levi’s and Current Elliott, Lot, Stock and Barrel’s next collaboration is for ASOS.

With the most comforting backstory among this season’s knitwear, John Sterner Swedish Knitology enjoyed a strong launch at Man, with a heavy-knit fisherman’s jumper, Antidote, a hit with Japanese retailers. Founder Alexander Stutterheim, of Stutterheim raincoats, has set up his own sheep farm and is working with a collective of refugees arriving in Sweden from Syria to handknit his scarves.

Hunting classic knitwear with edge, Kevin Yi Sanghyuan, merchandiser for Seoul multi-brand store Lansmere, summarized the season’s mood. “In the past it was casual, casual, causal. Now it’s not exactly classic but a little bit tailored,” he said, noting rollnecks everywhere and singling out the patchwork knitwear designs at Roberto Collina as “incredible.”

In a mix-it-up season, Italian label Avant Toi enjoyed strong orders for its washed, hand-painted cashmere. “It might look punkish, but I want this to appeal to a man in the context of his office day,” said Emil Donkov, owner of Urban Speed in Vienna. “I’ll dress it with an elegant pant, a great shirt. You can’t say: ‘This is for younger people.’ We propose it to anybody with taste for something special.”