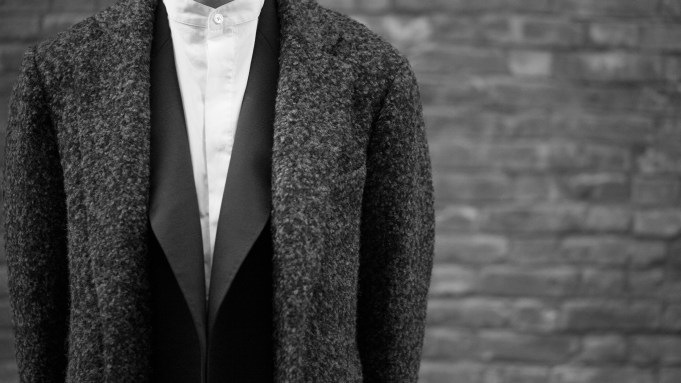 NEW YORK — After almost three years of selling luxury and contemporary men’s apparel and accessories out of their SoHo store, Brian Trunzo, Patrick Doss and Matt Breen are ready to peddle their own product.

The cofounders of Carson Street Clothiers will launch a men’s wear line called Deveaux, which will debut at New York Fashion Week: Men’s on Feb. 1.

Breen, Doss and Trunzo wanted to avoid the contemporary market, which Breen called “crowded and noisy,” and instead opted for a luxury assortment, which is mostly made in the U.S.

“We use this phrase called ‘contemporary conformity,’” said Trunzo. “Everyone was doing the same thing and we have customers who are looking for more special product and more expensive product.”

The line is comprised of 150 pieces including ready-to-wear, sportswear and tailored items. The fall 2016 collection, which is inspired by the best-selling novel and HBO series “The Leftovers” and Pablo Picasso’s painting “The Studio La Californie,” will show statement outerwear and knitwear made from suede, shearling and cashmere. The offering will start at $150 for cotton or jersey T-shirts to $4,995 for shearling outerwear. Suits will sit in the $2,495 to $3,995 range, while blazers will be priced from $1,995 to $2,995.

According to Breen, they are targeting a select group of independent boutiques and department stores. They plan on keeping their retail business and Deveaux two separate entities. Carson Street Clothiers buyers will buy from the Deveaux offering similar to how they would buy a third-party collection.

“The store won’t carry every single solitary piece, but you will probably find a larger percentage of the line here than other stores,” said Breen.

The name comes from Breen’s great-grandfather, who served as a chauffeur for Edward DeVeaux Morrell, a prominent politician in Philadelphia, after emigrating from Ireland in the 1920s. As an ode to his employer, he named one of his nine children Edward DeVeaux Breen.

“All of the men on my dad’s side have DeVeaux as a middle name and my niece has DeVeaux as her first name,” said Breen, who added that his father recently acquired the same limousine his great-grandfather drove. “It embodies the quintessential American dream, so for us the name is very powerful.”

For New York Fashion Week: Men’s, the team plans to hold an interactive presentation with a theatrical element. Breen believes it was important to be a part of the recently created event.

“With the ethos of the brand and it being made in America, we thought that in order to be a part of this community, we needed to stay home to support this community and manufacturers in this city. That’s our goal. So for us to not do it here would be a mistake,” he said.