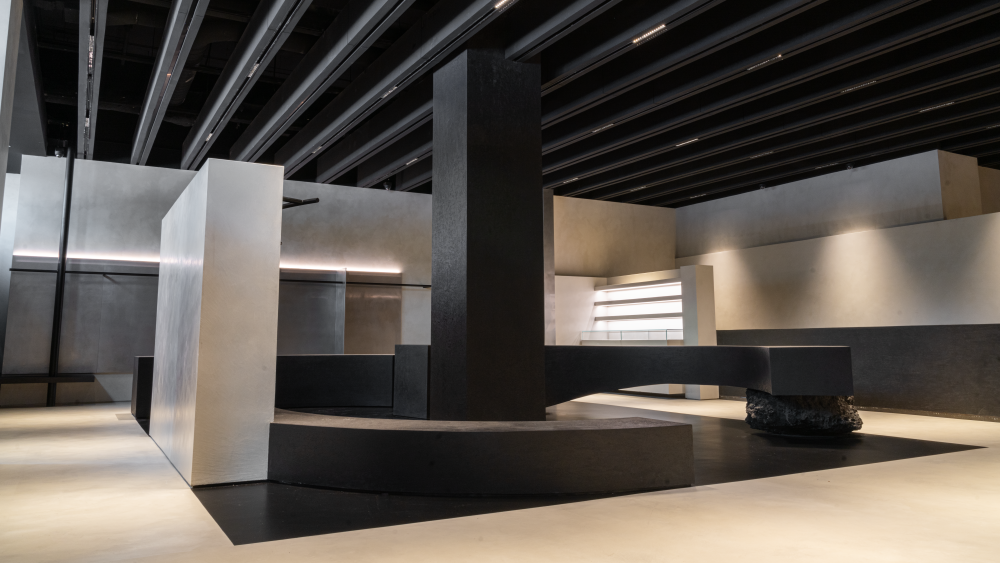 The menswear and streetwear scene in Chicago has evolved significantly over the last 20 years.

The city’s menswear, sneakers and streetwear style became recognized globally through stores like Apartment Number 9, Leaders 1354, Fashion Geek and Saint Alfred in the early 2000s. Those shops introduced a generation of creatives to the fashion industry, and helped grow neighborhoods like Wicker Park, Bucktown and West Loop as destinations away from the city’s touristy Magnificent Mile.

Leaders 1354, Apartment Number 9 and Saint Alfred helped pave the way for streetwear store Jugrnaut in 2007, and Virgil Abloh and Don C’s RSVP Gallery in 2009 to emerge in Wicker Park and propose an offering that mixed luxury fashion, streetwear and art. Shortly after, high-end boutique Fashion Aesthete would also debut in the neighborhood.

Outside of the city, Chicago’s darling Kanye West grew his fashion profile through collaborations with Louis Vuitton and Nike before entering into a monumental partnership with Adidas. Abloh started a fledgling fashion operation called Pyrex Vision as a precursor to his fashion brand Off-White at the same time personalities like Joe Freshgoods were turning up the volume in the city through product drops and opening boutiques like Fat Tiger Workshop with Terrell “Rello” Jones, Des Owusu and Vic Lloyd.

Although Apartment Number 9 closed in 2016, fashion purveyor Notre opened in the same year, along with fashion and art platform Congruent Space, ushering in a new era for Chicago’s menswear and streetwear scene.

Then, in 2019, Svrn entered West Loop with an assortment of brands like Vetements, Rhude, Maison Margiela and Rick Owens, the latter of which is still available today in Chicago only at Svrn.

That activity started to attract more players to the city.

When NBA All-Star Weekend touched down in the city in 2020, Gucci opened a Chicago pop-up, Goat opened one at the Ace Hotel with an exhibit dedicated to Michael Jordan’s basketball career, and LVMH’s Abloh and Kim Jones participated on a panel for the Jordan Brand. The WNBA hosted its All-Star Weekend in the Windy City in 2022, and NASCAR revealed that its first street race will be held there in July 2023 for the 2023 Cup Series.

In regard to fashion, Stadium Goods cofounders and co-chief executive officers John McPheters and Jed Stiller opened their standalone store in Chicago in late 2020 due in part to the city’s heavy influence on sneaker culture through Michael Jordan, and vintage store Round Two opened in the city the year prior.

There’s more to come. Local buzz is that Balenciaga, Supreme and Kith are all looking into opening locations in the city. And while none of the companies would confirm their interest, the rumors underscore its ongoing influence.

Here’s a closer look at two of the retailers making their mark on the Chicago menswear scene.

Retailer Svrn is getting reacquainted with its home city.

This month, the luxury fashion purveyor will unveil a redesign at its three-year-old store at 171 North Aberdeen in the West Loop, which has expanded from 2,900 square feet to 4,200 square feet. The grand reopening is set for Sept. 2.

The aim was to have the space tell a story of perseverance and endurance and how those concepts could manifest physically. The partners looked to Kim’s Korean roots for the interior design, which features Ottchil wallpaper made from a Korean technique of applying pigmented lacquer, and drew inspiration from Korean artists for the space, including Lee Ufan, a minimalist painter and sculptor; Do Hu Suh, a sculptor and installation artist, and multidisciplinary artist Kimsooja.

They used natural materials like volcanic rock (for its ability to morph) throughout the space, and installed a steel wall that takes up about 60 percent of the right interior side. The juxtaposition exhibits a clash between nature and technology also seen on the corten steel, which was aged to show what nature can do to something synthetic over time. There is also heat-treated thermowood in the two fitting rooms.

Smedley, Svrn’s lead creative design consultant, said the seeds were planted some 40 years ago by Kim’s parents, who operated a beauty supply store that morphed into Dreamtown, a sneaker store with doors on the west side of Chicago that is still operating. As the brand developed, the company opened Svrn — pronounced sovereign — in 2019 to tackle the luxury multibrand retail market that, at the time, was dominated by boutiques like RSVP Gallery and Notre, among others.

Kim has been in retail his entire life, according to Pirtle, who worked with him on different Dreamtown stores. They discovered they shared a passion for fashion, culture and design, and asked themselves: why couldn’t they open their own store?

“I remember going to Paris the first season, just showing up and trying to figure it out,” Pirtle said. The duo attended the spring 2019 shows in June 2018 and managed to score the Rick Owens account. Svrn stands as the only Rick Owens account in Chicago, according to the retailer.

The next big score was Marni, Pritle said. “At the time it was quite difficult to sell Marni, but it has been one of our strongest-selling brands. We have an exclusive dropping with them this summer.”

When it opened, Svrn carried Rick Owens, Vetements and Rhude, and later added Maison Margiela. In 2020, during NBA All-Star Weekend, the store partnered with Jordan Brand on the launch of women’s sneakers and apparel, serving as an exclusive launch partner for Sheila Rashid Air Jordan 1 sneakers and the Off-White x Air Jordan V sneaker. The store also hosted activations, panels and live talks with Jasmine Jordan, daughter of Michael Jordan and representative for Jordan Brand marketing.

They also carry a slew of other luxury labels including Dries Van Noten, JW Anderson, Homme Plissé Issey Miyake, Jil Sander and Margiela, along with Korean contemporary brands Post Archive Faction, Xlim, Kanghyuk and Andersson Bell, a few of which are available only in North America and the Midwestern U.S. at Svrn.

When the store was forced to close its doors during the onset of COVID-19, it allowed them to focus more on e-commerce.

“After four months of being closed, we were able to reopen and we started having quite a bit of success for our ability to market the brand and reach a new customer base,” Pirtle said.

“I had no experience with that at first, so it was a learning experience,” said Liam Klancic, head of collaborations and special projects for Svrn. He teamed with the web developer to grow the business online and create an experience that is cohesive with the physical store. Product was uploaded more seamlessly and the company launched an editorial page with full-length articles.

Svrn remained in business during lockdown, but their next-door neighbor, a gift shop called Satui, didn’t fare as well. That closed in late 2020 and Svrn moved to take over the space in early 2021. They began renovations in June 2021, knocking down the wall between the spaces before expanding their selling space. They moved to a temporary space on West Lake Street in the West Loop at the start of the project and have now moved back into the North Aberdeen location. In addition, they’re eyeing national expansion in the coming years.

“We were prioritizing in store over e-commerce [before the pandemic] and was a bit of a reality check, but it helped the growth of the business,” Klancic said about shifting online during lockdown. “It affected our buying style. Once you’re online, you’re competing with everyone. It’s super true to the brand and ethos. We used to be 65 percent store and 35 percent online, but now it’s an even split.”

Bambo was initially a buyer at another Chicago boutique, which he declined to name, and contributed to growing that business from three locations to 20. He opened his own boutique in 2010 and operated for about a year as well before teaming up with Preme, a visual artist and researcher — and briefly a musician — with whom he bounced around ideas for another retail location. They landed on Congruent Space, a store that serves as a platform for young designers, but with an art-gallery approach. The name was initially an equal sign before Preme suggested the word “congruent,” for how it represents things being similar but not identical.

“At the time, a lot of our close friends were shopping on Grailed and online shopping,” Bambo said. “So we thought about what we could do to bring people back to the store.”

Some other brand partners include Pleasures, Kristopher Kites, a Chicago jewelry designer who had an installation with Congruent Space, and Joe Freshgoods. In 2017, the latter produced a capsule collection of hoodies called the Beauty Supply Collection that was sold at Congruent Space, transforming the store into a surreal beach location with palm trees and green and pink sand. Under Armour tapped the boutique for a scavenger hunt in 2019 to promote the launch of its Forge 96 sneakers.

Looking forward, Bambo and Preme aim to make Congruent Space an accessible shopping experience for customers young and old to discover brands and also learn about the wholesale buying, retail and fashion experience. The store purposely does not put price tags on its clothes, which sparks conversation from customers about how the wholesale-versus-retail process works. “We don’t put prices because we want customers to want the item based on the piece and not the tag,” Preme explained.

Going forward, the duo hopes to take its show on the road. They opened a Congruent Space pop-up in the Miami Design District in October 2021, where they hand-built a grid inside the store using black electrical tape on concrete floors with elevated white melamine panels to give a view of warped floors and walls. The space remained in the city through March 2022.

The duo plans to head back to Miami to work with the Mindy Solomon Gallery in January and are considering a potential presentation in the Design District in 2023.

“Miami was the fire starter,” Preme said. “The response in that district was overwhelming. The same community-building we did here we did there. We’re at that point now where it has to expand.”