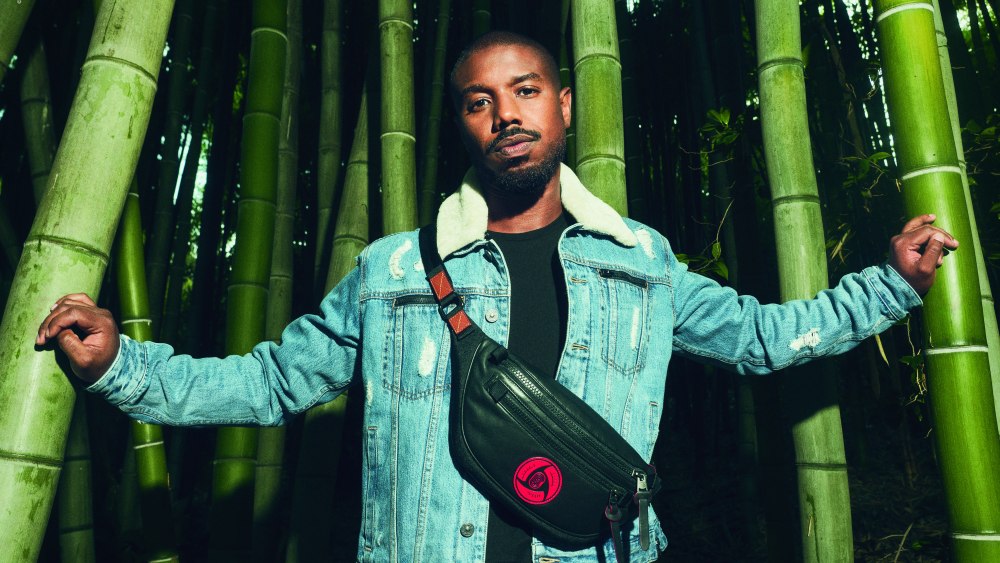 The partnership that was first revealed one year ago in September culminates with this collection inspired by Jordan’s influences, highlighting unique voices and anime, more specifically “Naruto,” the Japanese manga that was first published in 1997 and first adapted to anime in 2002.

“I wanted to use something personal to me,” said Jordan about the collection inspiration. “Incorporating Naruto into the collection felt really authentic since it meant so much to me growing up and still does. It’s not often that I get to blend business with personal and it’s a rare coincidence when those two worlds meet up.”

Naruto Uzumaki, the series’ titular character, is a young, optimistic ninja who realizes his potential despite rejection and tribulation. Symbols, motifs and attire from the series are prevalent in the unisex collection like the signature eye that was reworked with the luxury house’s Retro C graphic, the hidden leaf embroidered on an MA-1 jacket with removable sleeves and the cloud print that is “a signature symbol of the Akatsuki, which is like this mercenary kind of group that are the bad guys in the show,” said Jordan. The cloud appears on the collection accessories and in the lining of jackets.

The collection will be available at Coach stores and the brand’s web site, at pop-ups in Japan and Malaysia and at Beverly Center mall in Grand Court from Oct. 1 to 10. It will also be at the Viz Media booth at New York Comic Con from Oct. 3 to 6.

Coach creative director Stuart Vevers worked with Jordan on the collection, beginning with the house’s more popular silhouettes and later introducing new styles, and also received a crash course in “Naruto” lore and the world of anime in the process.

“I learned that Mike is incredibly passionate about anime. And I learned how the story of Naruto speaks to Mike on a deeper level. Mike gave me a full education on Naruto: the characters, the symbols, the story. And then when I was traveling in Japan, I met the Naruto team so I could understand more,” Vevers said.

“Anime is something that was a big piece of my childhood, my adult life, and my creativity. I think as anime starts to become more and more popular, you’ll start to see that thirst and desire for these characters that look more like the world that we live in,” said Jordan.

Jordan added, “There’s a whole community lying dormant that has a thirst for seeing themselves in anime, and having characters that represent them so they don’t have to imagine that hard.”