The actor and father of three is selling "grown-up streetwear" pieces on the men's fashion marketplace.

Does every man forgo their “cool” clothes when they become a father? That’s the case for actor and comedian Adam Pally who has partnered with Grailed to do a closet sale on June 14 for Father’s Day.

“Adam’s collection of what I would call ‘grown-up streetwear’ is pretty impressive,” said Grailed cofounder Arun Gupta. He revealed a somewhat shared admiration with Pally: He was a fan of Pally’s show “Happy Endings” and Pally has been a longtime user of Grailed.

“As one of the most stylish dads in Hollywood, partnering with Adam for some hilarious Father’s Day content was a total no-brainer and a great opportunity for Grailed to do something fun and tongue-in-cheek for our community,” Gupta said.

New York City-native Adam Pally is a 37-year-old father of three who starred in television shows “Happy Endings” and “The Mindy Project” and will be in the upcoming “Sonic the Hedgehog” film premiering in 2020. 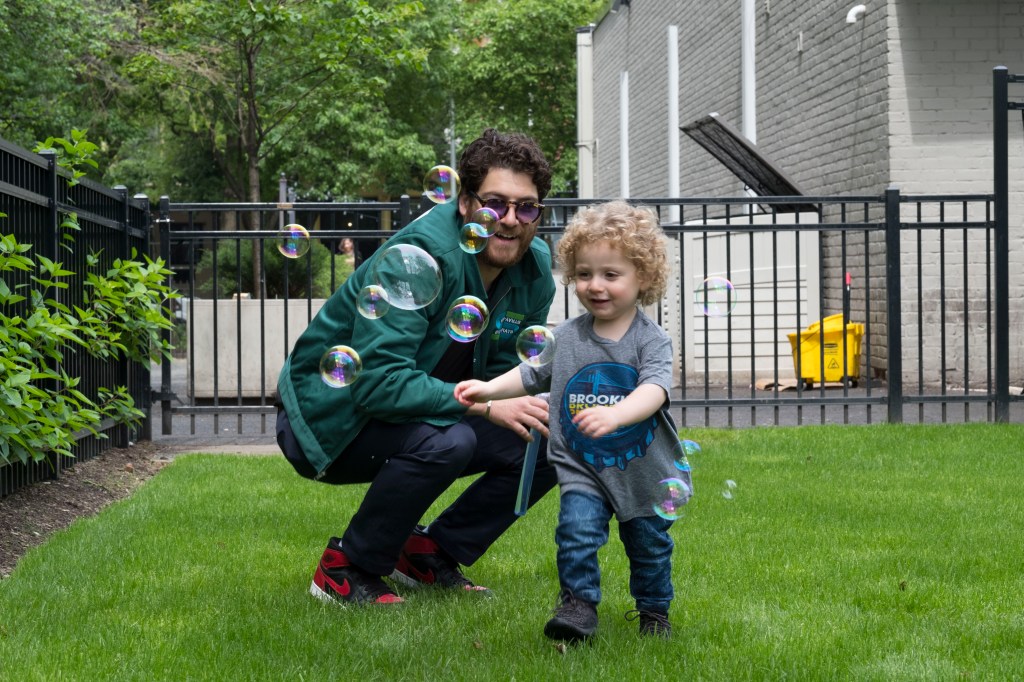 Pally said he’s been shopping on Grailed for around three years when “boxes of old 50/50 Champion crewnecks from the Philippines started showing up at my door.” He connected with Grailed through brand director Lawrence Schlossman, who is one half of the Failing Upwards podcast that Pally is a fan of, and recently bought a vintage Lacoste Windbreaker on the site.

“It’s really crazy to be going through it all and remember where I was in my life when I was wearing it,” Pally reminisces. “From the camo Supreme parka I wore to my first Sundance for ‘Joshy’ [2016], to the Palace Greek sweater I wore at the ‘Happy Endings’ reunion. It’s just cool and surreal to see just how much money I’ve spent on jawns over the years.”

Grailed, the community-driven men’s fashion marketplace, held closet sales with rappers Pusha T and Lil Yachty, who sold their designer and streetwear pieces by Gucci, Supreme, Valentino, Yeezy, Bape, Dries Van Noten, Undercover and Margiela among others. The marketplace did a charity closet sale with Courtney Love on Heroine, its sister site, and in April sold rapper G-Eazy’s wares.

“Closet sales are not only an extremely effective audience sharing tool, but more importantly highlight the diverse figures within the Grailed community,” Gupta said. “Each is a unique opportunity to show off the personal style of individuals from all walks of life and offer the kind of amazing deals Grailed was founded on.”

This Father’s Day sale takes the spotlight off rappers and puts it on fathers, especially men around Pally’s age. Gupta shared that 58 percent of the Grailed audience is between the ages of 25 and 44, with 14 percent between 35 and 44.

Grailed has plans for more closet sales and the marketplace will be at Paris Fashion Week. “I don’t want to give too much away,” Gupta said, “but expect luminaries from the worlds of hip-hop, sports and more. We’re launching an amazing pop-up showroom next week during Paris Fashion Week that will hopefully democratize access to an event normally reserved for the fashion elite.”