H&M is helping men get ready for the fall season with help from Cleveland Browns wide receiver Jarvis Landry.

The Swedish company and the football star partnered to curate a selection of men’s wear pieces. The Fall Fashion Selected by Jarvis Landry collection hits stores and online on Sept. 26 and includes several knitwear options like turtlenecks, sweatshirts and casual hoodies, retailing for $24.99, plaid trousers for $34.99, flannel shirts for $49.99, and sophisticated outerwear like peacoats, long coats and shearling bomber jacket ranging in price from $49.99 to $119.

Landry also appears in the accompanying campaign walking his dog, playing ball with a fan and going to a coffee shop in New York.

H&M partnering with a football player makes sense, given that football players begin their season in the fall and compete primarily in cold weather. The company said Landry was the perfect fit for this partnership, which also follows a previous partnership in May for the H&M spring collection.

“Based on where I’m located and the type of clothes we wanted presented, [Ohio] is a great market for it,” said Landry after a meet-and-greet in Cleveland.

The athlete started shopping at H&M after college — “You don’t really have money to do shopping,” he said. His style varies according to how he feels, and the pieces selected for the collection mirror his personal tastes.

“When you see the looks, you’ll see my style,” he said. “Turtlenecks and jackets I pretty much wear when the seasons change, tailored pants, I love a good sharp suit look especially on game day. The partnership is a way for me to be unique in the way I dress. I had that freedom.” 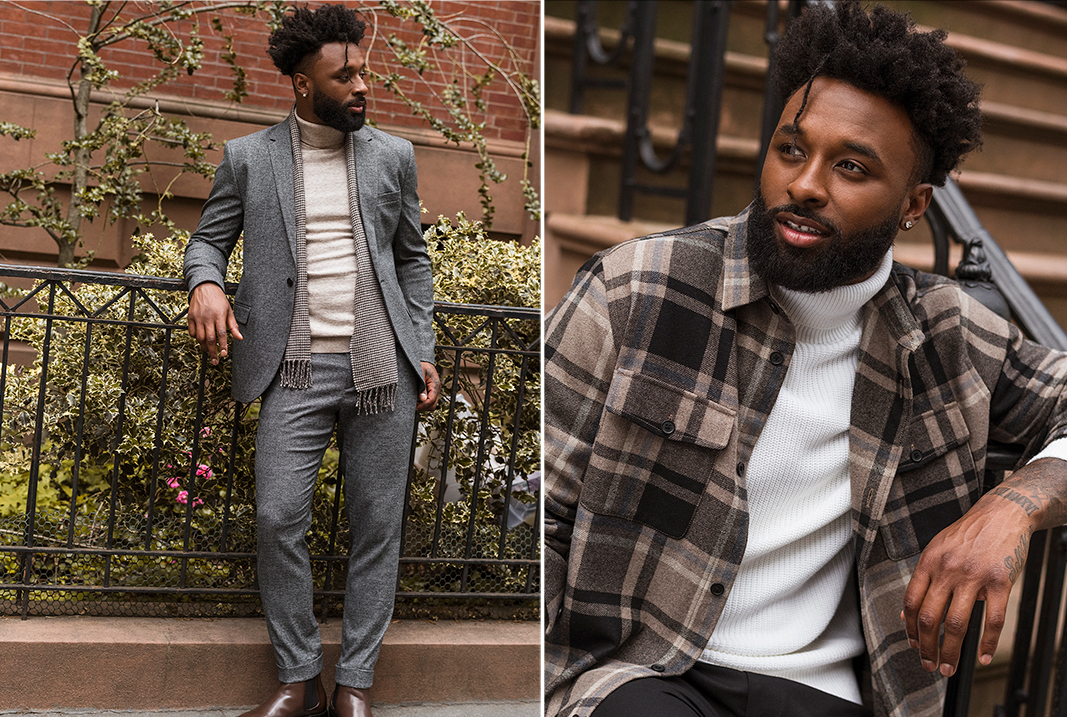 Landry is one of several NFL athletes that have entered the fashion foray, joining Victor Cruz who collaborated with Pierre Hardy and fronted a Givenchy men’s campaign, and Tom Brady who helped sell watches for Tag Heuer and more recently with IWC Schaffhausen as a brand ambassador.

Landry is taking his leap into fashion following in the footsteps of friend and Cleveland Browns teammate Odell Beckham Jr. who joined the team from the New York Giants and was Landry’s teammate at Louisiana State University. Beckham Jr. was part of Calvin Klein Underwear and Daniel Wellington campaigns, partnered with Bloomingdale’s and brand Twenty on the 13 x twenty line, and is a regular at the Met Gala and runway shows.

When Landry was asked who has better style between Beckham Jr. and himself, he humbly deferred to his friend, saying he “sets the tone.”