Full beards and muscly chests were spotted on the men's runway this year. Will the husky male model manage to bring more diversity to men's fashion?

PARIS — First there was a curly mustache. It was followed by full ginger beard; then a tousled mane of luscious dark locks; finally a salt-and-pepper four o’clock shadow.

Out were the prepubescent waifs and teenage lookalikes that usually dominate the men’s wear runways: For spring 2020, the Junya Watanabe man was a bit of a hunk. The Japanese designer opted to send full-bearded, broad-shouldered, traditionally masculine-looking models down the runway wearing riffs on workwear pieces, some of them finished off with “Peaky Blinders”-style flat caps.

It made for a refreshing sight. In a year marked by outcries for more body diversity within the fashion industry, championed by Rihanna’s Savage by Fenty line, Zendaya’s collaboration with Tommy Hilfiger or New York Fashion Week brands Vaquera and Eckhaus Latta, not much had changed on the men’s runways, with most models registering somewhere on the skinny register. 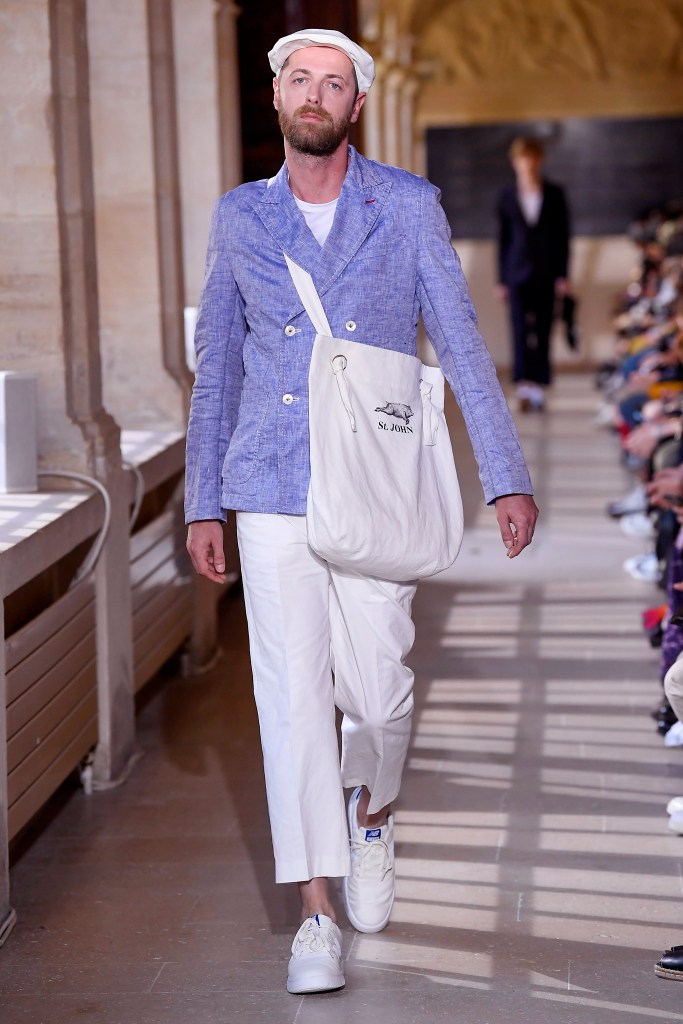 A model on the catwalk.  Giovanni Giannoni/WWD

However, a handful of fashion brands sought to break the mold. In addition to Junya Watanabe, Kris Van Assche at Berluti for his fall and spring shows sent a number of whiskery men down the runway, dapper incarnations of his first two collections at the LVMH Moët Hennessy Louis Vuitton-owned fashion house.

Some seemed to have scouted their models at the local gym. At Berlin-based label GmbH, burly models were nearly bursting out of skin-tight Lycra tops for fall 2019, showcasing their muscled shoulders.

Diversity in sizes is still a rarity on the men’s runways, which have yet to find their Ashley Graham or Tess Holiday equivalent. Modeling agency IMG made a splash in 2016 when it announced the opening of its men’s plus-size division, Brawn, but the news has yet translate in standout catwalk moments.

Could 2020 be the year brands decide to broaden their spectrum and embrace the husky esthetic?

For Maxime Dendraën, a model agent at Rock Men agency in Paris, the trend is still anecdotal. 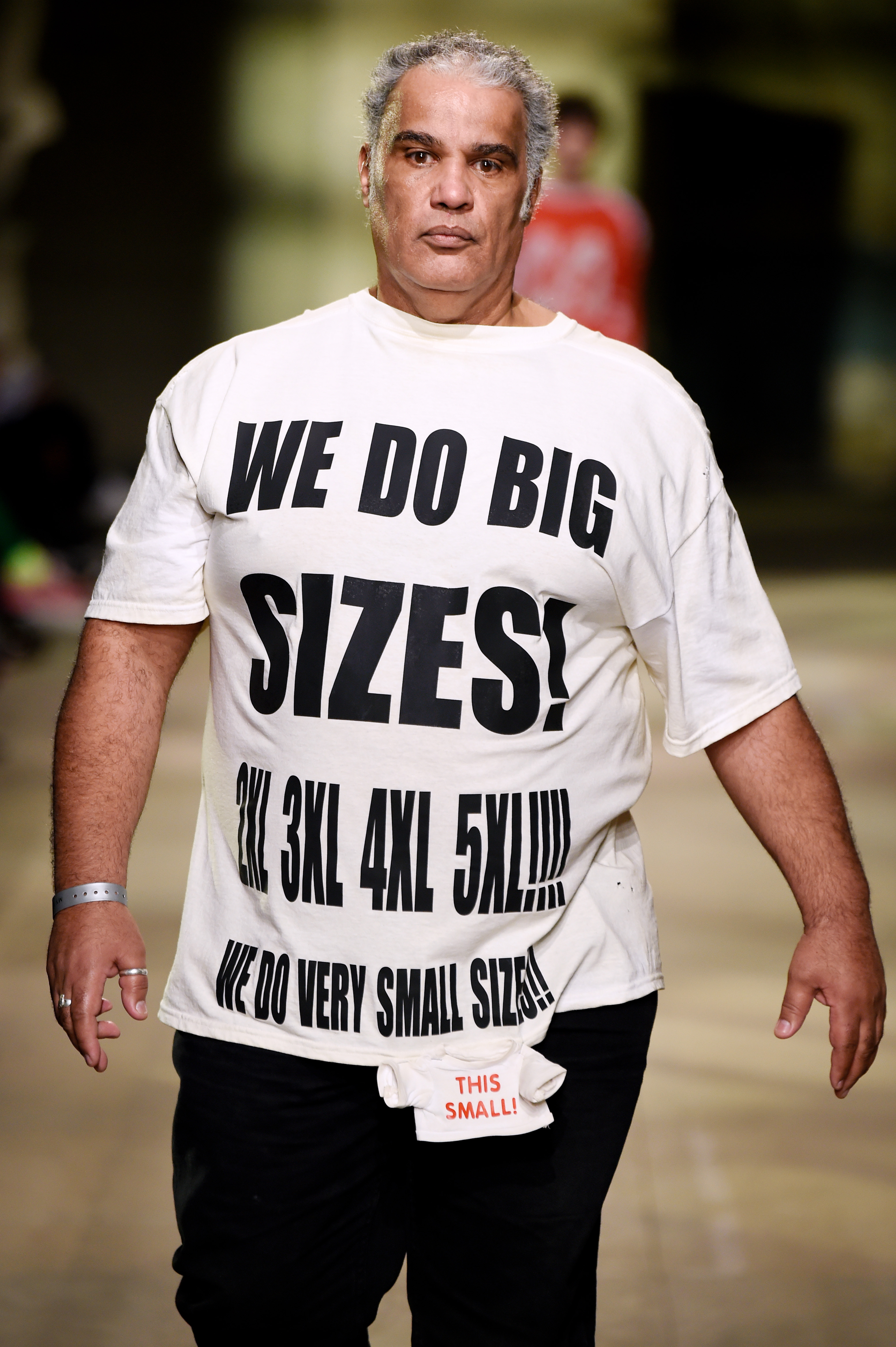 “I haven’t seen any change in casting with the brands we usually work with,” said the agent, who collaborates with brands such as Céline, Prada, Balenciaga, Ami and Zara, and press outlets such as Vogue, L’Officiel Hommes, GQ and Dazed & Confused.

“Plus-size male models are still a niche market in France and only concern the advertising industry or clothing brands,” she continued. “Despite the fact that the market is clearly expanding, especially for men, I don’t see much happening on that side for the moment.”

The fashion industry counts a couple of game changers who might jump-start the trend, including brands favoring street-casting such as Vetements. Young designers seeking to shake up conventions could also manage to make their mark. 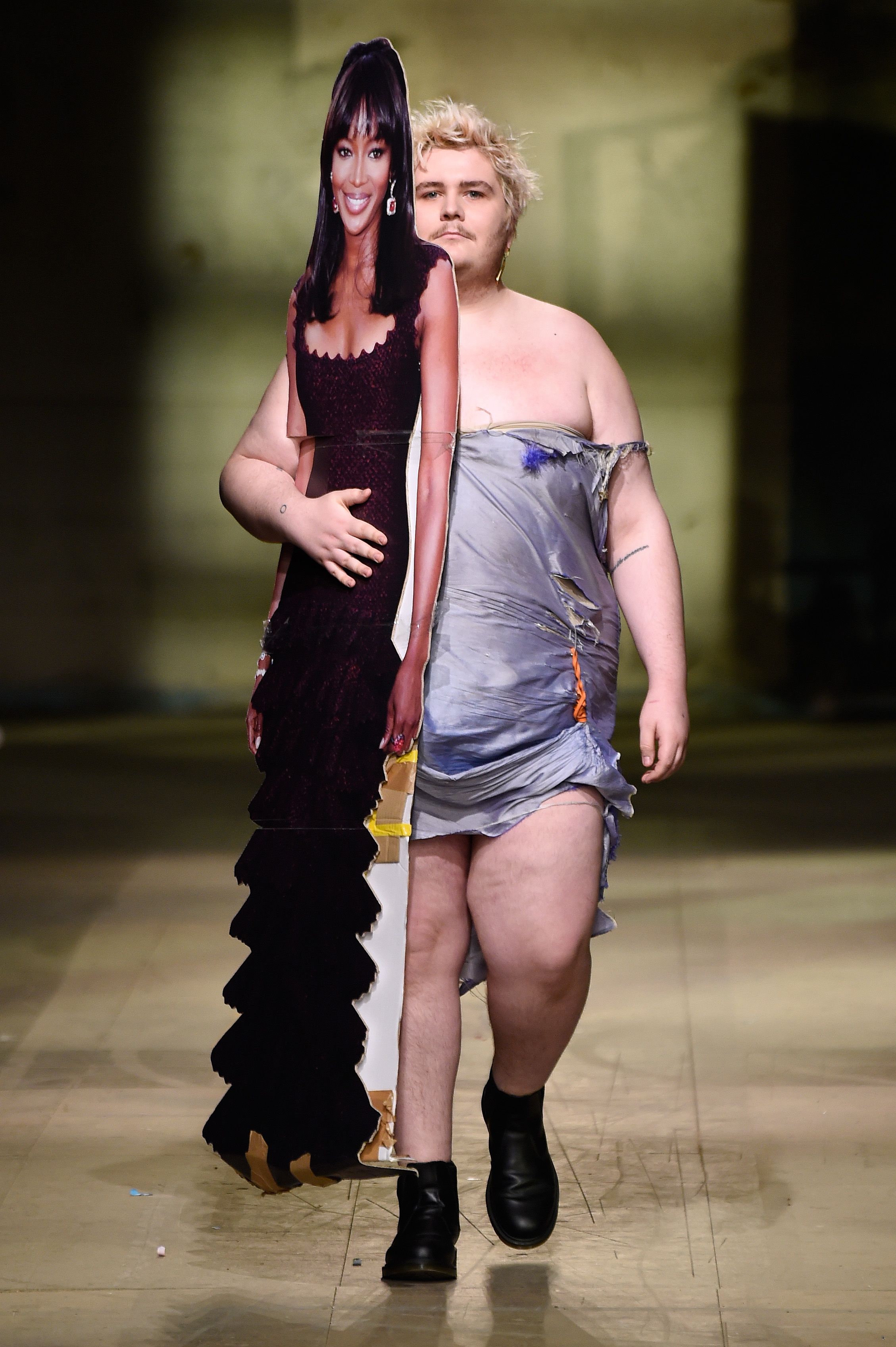 Harry Freegard on the runway at Rottingdean Bazaar show  WWD/Shutterstock

The London fashion scene could be the first to make the move. The first plus-size male model was spotted in 2018, when artist and model Harry Freegard walked the Rottingdean Bazaar runway wearing a deconstructed mauve silk dress and carrying a cardboard cut-out figure of Naomi Campbell. Freegard has since appeared in fashion editorials in Tatler, Dazed and Candy as well as advertisements for Vivienne Westwood. Two years later, another designer showing in London is following suit: On Sunday, a rotund male model was seen sporting a vivid pink suit on the runway for Chinese brand 8on8, designed by Central Saint Martins alum Li Gong. 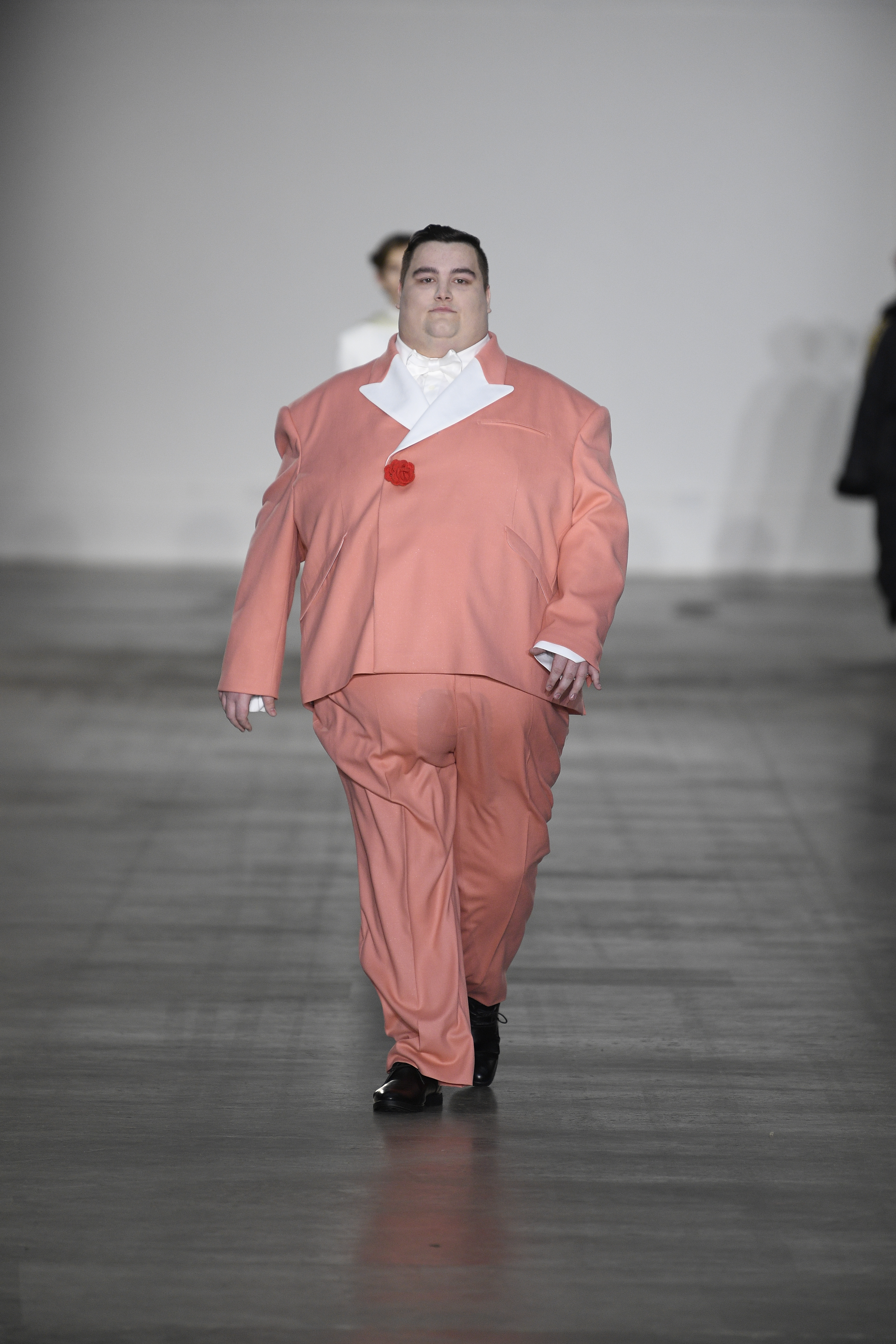 Despite these early signs, Basile Khadiry, cofounder of Parisian men’s wear store Beige, doesn’t particularly see the trend for plus-size male models picking up in the fashion sector — but other fields might prove to be more open-minded.

“It feels like something a fragrance brand would pick up on,” said Khadiry, who himself makes sure to cast “super normal guys” for the Beige look books and campaigns. “The husky male could be the masculine version of the new ‘feminine ideal,’ represented by Kim Kardashian for example.”