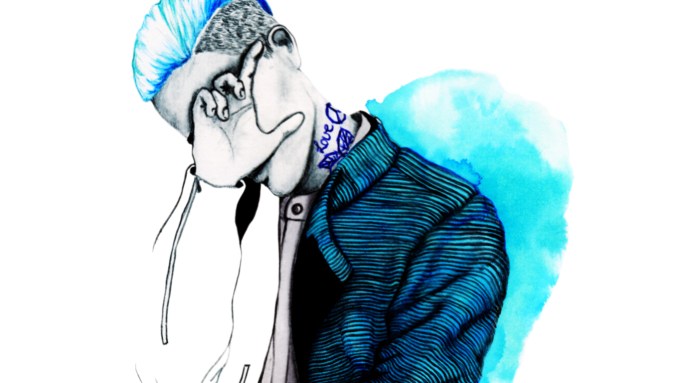 For the first time, the International Woolmark Prize for men’s wear will be awarded during the Pitti Uomo show. Six finalists from six regions will vie for the prize of 100,000 Australian dollars, or around $72,500 at current exchange, and a chance to have their collection sold at key stores around the world including Saks Fifth Avenue, 10 Corso Como, Harvey Nichols and Joyce. Here, a look at this year’s nominees.

British Isles: Agi & Sam
Agi Mdumulla and Sam Cotton believe fashion should have a sense of humor. Mdumulla studied fashion design at Manchester School of Art while Cotton studied illustration at the University of Lincoln. They met in 2008 while interning for Alexander McQueen before going on to work for brands such as Karl Lagerfeld and J.W. Anderson. They quickly became frustrated with the then-dismal British economy and lack of jobs, so they joined forces to launch Agi & Sam in September 2010 at London Fashion Week. “Being included in this year’s IWP Final is an incredible honor,” they said. “If you look back over the years, the IWP alumni boasts incredible talents such as Yves Saint Laurent, Karl Lagerfeld and, even more recently, Public School. What they have gone on to achieve after, you can only dream to emulate. It’s another big stepping stone as an emerging brand to be able to show at Pitti Uomo, to a market that may not be that familiar with us, while being in such a prestigious and culturally rich arts capital.”

Europe: Jonathan Christopher
Jonathan Christopher (Hofwegen) Celestial Risher graduated from the Willem de Kooning Academie in Rotterdam, The Netherlands in 2009 and went on to get his master’s degree at the Dutch fashion school ArtEZ Institute for the Arts. In 2011, he was selected by Marc Jacobs as one of the five finalists for the young talent award Designer for Tomorrow, and two years later received the Henri Winkelman award for young creative entrepreneurs. “Being the European finalist is still surreal,” he said. “It gives me such confidence in my work and my brand. It has opened so many doors for my brand and we had such amazing collaborations.”

Asia: Munsoo Kwon
Launched in 2001, Munsoo Kwon eschews traditional men’s wear shapes in favor of modern silhouettes that are distinctive, yet still practical. The brand focuses on fit and distinctive features such as its signature split-open details on the back and special pockets on shirts, which it uses instead of overt branding. Kwon said he felt “quite overwhelmed about being a Woolmark finalist. I was invited to Pitti Uomo for the ‘The Latest Fashion Buzz’ and got positive feedback from buyers and press a few seasons ago. This time, with the Woolmark Prize, I will make sure that everyone will notice my name, Munsoo Kwon.”

Australia: P.Johnson
Born and raised on a merino sheep farm north of Adelaide, South Australia, Patrick Johnson trained in London as he set out to create a line that would improve the way men dress. Together with his best friend Tom Riley, the duo established P.Johnson, which combines Italy’s respect for dressing with a love of the sporting life. This translates into a sartorial yet sporty collection with a distinct coastal influence. “As an Australian, being able to present my interpretation of a fiber I grew up with in the home of tailored clothing is a special opportunity,” Johnson said. “The innovation that is happening today in merino breeding, weaving and knitting is incredible. The International Woolmark Prize has challenged me to take some of the most cutting-edge elements of that innovation and apply them to specialist lightweight tailoring.”

India, Pakistan and Middle East: Suket Dhir
Suket Dhir trained at the National Institute of Fashion Technology in New Delhi and launched his label in 2009. Dhir’s aesthetic is described as Indo-centric Western men’s wear, which he achieves by combining regional artisanal techniques with Western silhouettes and cuts and the use of indigenous fabrics. Dhir said being up for the Woolmark award “is a great boost for the brand and personally for me. Reaching this stage reflects global appreciation, relevance and acceptability. It’s a timely catalyst for our global plans. Most of all, it’s an invaluable learning experience.”

America: Siki Im
Born in Cologne, Germany, Siki Im moved to the U.K. to study architecture. After working as an architect in various cities around the world, he began his fashion career in New York, where he served as a senior designer for the Karl Lagerfeld and Helmut Lang brands before creating his first solo collection in 2009. The line has become known for its hand-tailored suits, craftsmanship and use of quality fabrics. Im considers it “a huge honor to be chosen to represent the U.S. at Pitti. The group of designers are so talented and diverse that I think it will be lots of fun.”