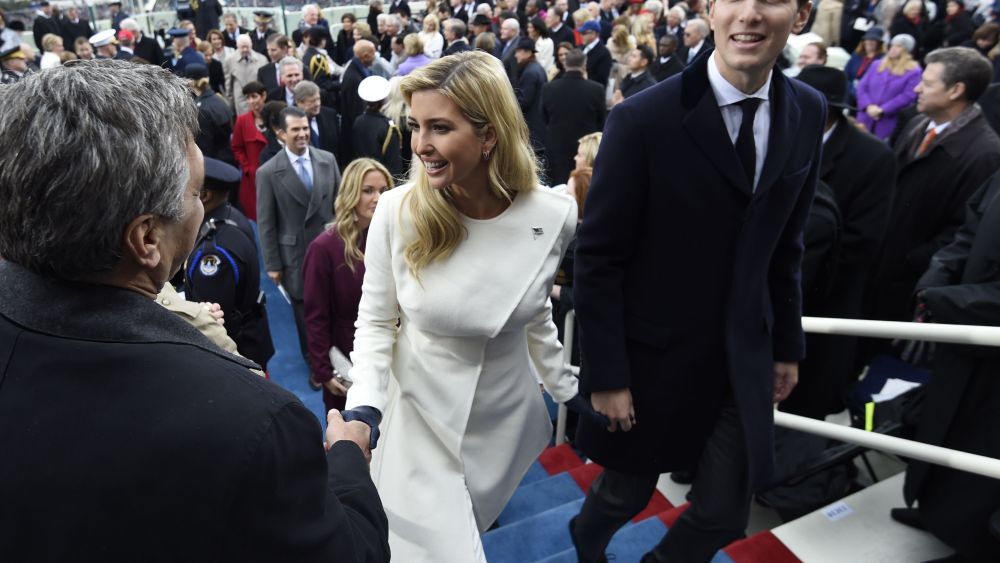 According to Nino Saviano, a Republican strategist and president of Savi Political Consulting, which is based in Washington, D.C., Kushner, aesthetically, is the antithesis of his father-in-law.

“Kushner does not appear to have any issues with fit as Trump does,” said Saviano. “Generally, and as it the case today, his choice of suits and how he wears them fit well and conservatively within the image successful men of his generation tend to project. Kushner’s choice is more stylish, although the black, matte tie is a bit of an intriguing choice for such an important political event. It seems bland and indifferent for the occasion. But it could even be deliberate.”

The world will see more of Kushner, who acquired the New York Observer in 2006 for $10 million, now that he has been named Trump’s official senior adviser. Insiders told WWD that in an effort to focus more on his new political endeavors in Washington, D.C., he’s been attempting to sell the paper to potential buyers including National Enquirer-parent company American Media Inc.

The Observer Media chairman and chief executive Joseph Meyer, Kushner’s brother-in-law), denied speculation the property is for sale, previously telling WWD: “As one of the fastest-growing businesses in all of digital media, we are constantly being approached by potential investors and partners.”

Kushner, who is 36, can be seen during his off-hours wearing a fashion-informed, Millennial uniform of sorts — sneakers worn with slim jeans or khakis and a bomber jacket. He hasn’t deviated from his modern, slim-fitting suits and skinny ties during the campaign leading up to Trump’s election and it’s yet to be seen if his new position will pull his attire a more conservative, staid direction. As Kushner’s profile rises, his influence on men’s wear, if he has one, is likely to be more substantial than Trump’s.