Defining West Coast Style Is Not So Simple

For the grown-up skaters, surfers, artists and rockers, designers out of the West Coast have you covered. 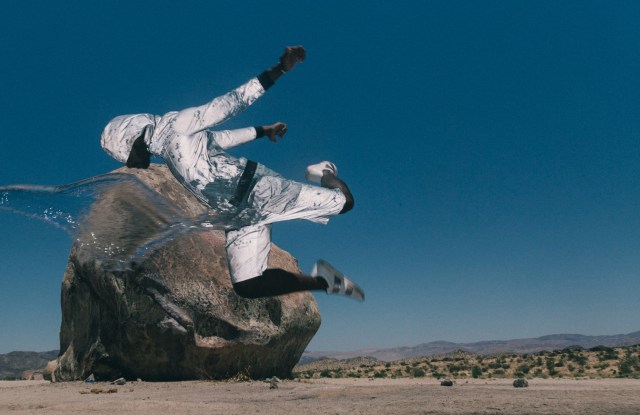 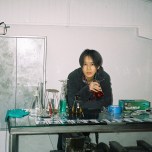 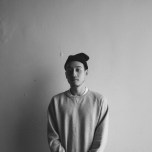 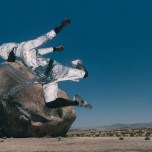 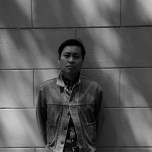 Ask most to define West Coast fashion and the usual adjectives emerge: casual, laid-back, beachwear and so on.

Maiden Noir, C2H4, Bristol and Matiere comprise a contingent of West Coasters looking to shake up what it means to hail from the region as they gear up to show during New York Fashion Week: Men’s. They’re adding depth and complexity to what defines the West Coast, and it goes beyond generic labels such as streetwear or attire for adult skaters and surfers.

“I think there could be a book written about [West Coast fashion],” Bristol founder Luke Tadashi said. “L.A. is having this moment right now. People for so long weren’t willing to give L.A. a chance because it got this rap of being only celebrities, superficial, Hollywood, and there’s nothing else going on here. Then people had this awakening to ‘Oh, there are other things here.’ L.A. designers actually really have a strong point of view that maybe has been ignored. With the attention [on the city], it begets more attention and you get to see these designers with really cool perspectives.”

Tadashi, who started the line with childhood friend Tommy Nowels, hopes buyers and consumers see Bristol in the camp of having something different to share.

Bristol aimed to merge Tadashi and Nowels’ shared interest in fashion and a strong desire to create something for their wardrobes that was a proper mix of Japanese, European and American styles plus a very specific nod to basketball, the sport the two grew up around.

That makes Bristol different, Tadashi believes, pointing out many brands stemming from the general area are born out of its surf and skate culture roots. Think Vans, Oakley and Quiksilver as examples.

“That’s definitely not what we’re doing,” he said. “We’re tapping into a different source of inspiration — still in L.A. But growing up here, I played basketball tournaments basically in every part of the city and, through that, got acquainted with every corner, every subculture and nook and cranny.”

That very much informs Bristol — named after the street Tadashi grew up on where all his buddies used to hang out — which on Monday will show a collection the designer said represents an evolution of the brand. New for spring is the reintroduction of denim — with tweaks such as snaps reminiscent of basketball pants — with an overall look best described as early Aughts nostalgia.

Elsewhere in L.A., Yixi Chen, the founder behind C2H4, is putting the finishing touches on a spring collection that’s on another planet — quite literally. His show will be the finale of New York Fashion Week: Men’s on Thursday.

The Shanghai-born designer, who studied film and acting at the University of Southern California, looked to Mars in 2082 to tell the story of a chemist through his collection. There are references to lab coats and utility wear with pockets for electronic devices. There’s plenty of nylon mixed in with pieces from a collaboration with activewear brand Kappa.

Chen, who named the company after the chemical compound for ethylene which is also what his own name means in Chinese, said he designs for himself. His inspiration, he said, is culled from everywhere, including movies, music and politics.

Other brands outside of the region,“they play by the rules more,” Chen said, “but West Coast brands are more creative in a lot of ways. We’re not strictly fashion brands or luxury brands. We get inspiration from a lot of other places or just life.”

Some 40 miles south of Los Angeles, in Costa Mesa, Matiere sits in a county known as the epicenter of the action sports industry where global brands were built out of the sweat equity of founders selling T-shirts out of cars or launching lines out of bedrooms. That heritage is very much infused in Matiere, but the high-end contemporary label is hardly that simple to peg.

Founder Scot Shandalove worked with reflections, both in the literal and metaphorical sense, for the brand’s upcoming collection in a nod to the team’s introspective look at where the brand is coming from and where it is going. Matiere — French for subject matter — for spring worked with sustainable textiles and incorporated materials such as aluminum yarn in the weft as well as waterproof fabrics with small glass beads printed on the surface to reflect sunlight. Dancers from the Alonzo King Lines Ballet out of San Francisco were photographed in Palm Springs for the look book and will also be integrated into Matiere’s NYFW: Men’s presentation on Wednesday.

Shandalove, a Deadhead who sold T-shirts out of a parking lot as a teen to subsidize his travel with bands, parlayed that experience into helping build brands predominantly in the action sports industry, clocking time at companies such as Pacific Sunwear, Burton, Paul Frank, Tokidoki, WeSC and others before starting Matiere.

“Action sports was really built on creativity and trying to do things outside of the box,” Shandalove said. “It was a younger generation and we were all pioneering, whether athletes in action sports or marketing. We were trying to push boundaries. We were just doing what we loved to do and making really cool stuff along the way.”

Shandalove has been able to capture that sense of rebellion and creativity along with the technical side of action sports, building a brand based on technical, functional materials designed in a luxury contemporary way. Matiere, he believes, is now finally hitting its stride.

“I really, truly feel like we’re hitting on the ethos of what my career has been,” he said.

Twelve years in and Nin Truong of Maiden Noir has hit his own stride, balancing work for his Seattle-based brand along with creative director duties for heritage streetwear label Stussy.

Maiden Noir sits somewhat more isolated from the rest of the pack since it’s based out of the Pacific Northwest, but that has allowed the brand to come into its own.

“We have somewhat of an outside perspective and also are influenced by our surroundings in a way,” said Truong, who WWD caught up with as he was making the four-hour drive from Seattle to Canada. “Whenever I’m designing stuff I try to look outside as well as on a global basis versus being so introverted being based out of here since we’re not located in one of those major cities. We tend to not get so influenced by whether we’re a New York brand or an L.A. brand.”

Truong, who began the line with friends, pushed the group to create a full collection for that initial launch rather than one-off T-shirts. For NYFW: Men’s, he will present a collection on Monday that will look back at the protests around the Vietnam War and the Black Panther movement. It’s a point in time Truong said is similar to today’s current political unrest. He’s juxtaposed those references with when artist David Hockney moved to the U.S. and produced a series of swimming pool paintings.

The merging of those two thought streams is realized in olive hues, along with rayon pajamas and lounge-style shirts.

“It’s a little ambitious,” Truong admitted in reflecting on the collection, “and trying to portray that is a little harder. Hopefully people will get it. Ultimately, at the end of the day, the idea is to make clothing people want to wear and keep and cherish.”

The designer said he’s realistic with his spring collection, recognizing deliveries come at a time of the year when it’s still rather chilly and so he’s mixed in slightly heavier pieces, such as cotton sweaters pigment dyed with a bleach brush wash on top. There’s also a parachute material in orange and olive green used for light coats meant for layering.

Taking the inevitable influences that come from being on the West Coast but avoiding them becoming caricatures is a balancing act, Truong said.

“Part of the challenge, and I think nowadays more than ever, is how do you design a brand that still keeps the DNA of the West Coast, which is a somewhat laid-back sensibility, and present it on a global level that still resonates with someone in London, Japan or on the East Coast,” Truong said. “It’s keeping that sensibility and it’s in the colors and the washes and fits.”