From pocket squares to bracelets, backpacks to colorful socks, accessories are the hottest category in men’s wear. 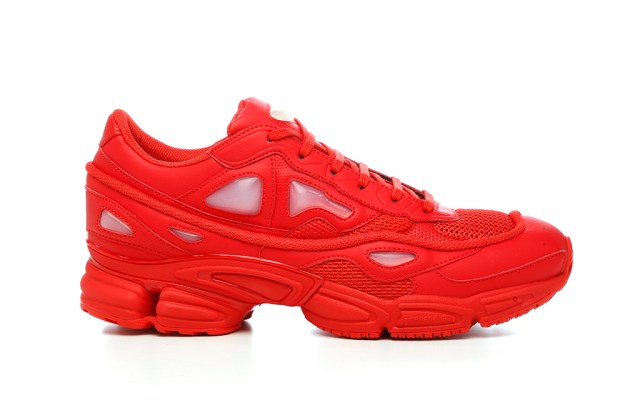 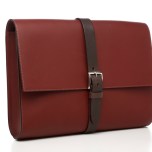 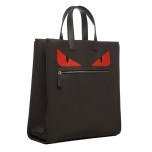 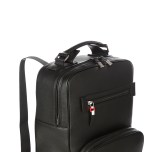 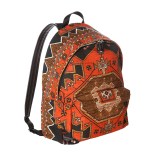 There was at least one good thing to come out of the Great Recession — it was the spark that started the worldwide explosion in men’s accessories.

From pocket squares to bracelets, backpacks to colorful socks, accessories are the hottest category in men’s wear.

IBISWorld retail analyst Will McKitterick projects that men’s accessories will account for 17.5 percent of the handbag, luggage and accessory business in the U.S. in 2015, up from an estimated 14.5 percent in 2010. “In recent years, the domestic market for women’s accessories has become increasingly saturated and highly competitive,” he said. “In response, several accessory [brands] have begun to design and sell a larger variety of men’s accessories that extend beyond wallets, belts and laptop bags.”

The growth isn’t being seen only in the U.S. Sales are booming from Japan to Europe. In Italy, men’s accessories, including textile accessories, belts, small leather goods and shoes, was worth 2.6 billion euros, or $3.2 billion at average exchange, in 2014. Although shoe sales were under pressure, sales of textile accessories and leather goods rose 4 and 16 percent, respectively, according to a Fashion Consumer Panel survey by Sita Ricerca. According to Euromonitor, the men’s luxury jewelry category saw 6 percent growth worldwide in 2014.

As a result of this growth, retailers and brands are devoting more resources than ever to the men’s accessory category. Retailers such as Barneys New York and Printemps have expanded their men’s accessories buying teams, while major department stores worldwide are allocating greater space to the sector and designers are rolling out more styles to capture the increasingly discerning male consumer.

“There isn’t a runway collection that didn’t start to show more accessories within their core offering to complete the total picture and dip their toes into a [profitable] business category,” said Tom Kalenderian, executive vice president and general merchandise manager of men’s wear for Barneys. That, coupled with “the emergence of more and more accessories in highly blogged street-style trend reports, have all contributed to the strong interest in acquiring just the right accessories.”

The casualization of office culture is contributing as well, he said, as work and off-duty wardrobes blend. “We see ath-leisure influencing men more and more every day,” Kalenderian said. “Backpacks are the leading bag classification, along with designer sneakers.” Even the “dandy” dresser is using “a great watch, sunglasses, tablet portfolio and even bracelets” to make a style statement.

Tom Ott, senior vice president and gmm of men’s wear at Saks Fifth Avenue, said accessories areas are being enhanced at the New York City flagship as well as the Chicago and Beverly Hills men’s stores and branches in Atlanta, Houston and Boca Raton, Fla.

Ott said sneakers remain a strong seller, along with luxury shoes, with men gravitating toward models with burnishing and other high-end details. He also singled out large and small leather goods, belts, cuff links, lapel pins and items such as key chains as “meaningful businesses,” while pocket squares have overtaken ties for the more formal outfits.

Nelson Mui, men’s fashion director for Hudson’s Bay and Lord & Taylor, said bags are the leading category at the stores, namely backpacks, “followed by slim briefs and duffels and elevated messengers.” Leather briefs from Jack Spade and Ted Baker are performing at Hudson’s Bay, while Michael Kors bags are selling at Lord & Taylor. Colorful card cases and bracelets with beaded, braided and metal options are all trending, too.

Many see a simple explanation for the growth in bags and similar items: Men are just carrying more stuff. “Men are definitely buying more trend-inspired accessories as they are quickly starting to understand the concept of function versus fashion,” said Durand Guion, vice president and men’s fashion director for Macy’s. “He is simply carrying multiple and larger personal electronics. He feels the need to have these with him at all times and they can no longer fit comfortably into a front or back pocket, so the need for bags and portfolios is amplified. From the fashion aspect, men are learning that the right finishing touch is key to completing an outfit. Even if he cannot buy a new suit, a pocket square or a lapel pin provides an instant update to his look.”

Darren Skey, head of men’s wear at Harvey Nichols, called out backpacks “as a key accessory” for the British department store group, with designs by Balmain and Givenchy leading the way along with jewelry and small leather goods, leather and beaded bracelets, caps and cuff links.

Elisabeth Miquel, manager of accessories and luxury buying at French department store Printemps, pointed to tote bags from the likes of Prada, Burberry, Dior and Gucci as strong performers, while backpacks are trending regardless of the brand. To cash in on accessories’ growing popularity, Printemps revamped the ground floor of its Paris flagship in July 2014, now dedicated 100 percent to the booming category. “Since last summer, we doubled the figures,” Miquel said.

On the luxury end, Balenciaga, Loewe, Fendi and Ferragamo have gotten their own space, with Loewe boasting particularly strong results. Paul Smith and Longchamp were added, while a pop-up for jewelry has started testing new waters.

Miquel herself is part of a new accessories buying team at Printemps, which recently merged its men’s and women’s accessories departments to get a better grip on the market. “We used to have one person on the men’s team scouting new accessories, now there are five buyers dedicated to the category,” she said, noting that integrating the departments made sense seeing how many female brands already have or are in the process of branching out into male territory. “Furla launched a men’s line in February, Michael Kors is investing heavily into the French market via men’s accessories,” she said.

Brands from Lanvin — with its sneakers — to Coach — with bags and footwear — are enjoying the results of the boom and making moves to further expand their men’s wear sales.

Ernest Alexander saw its men’s accessories sales leap 80 percent last year, while Gieves & Hawkes’ rose 31 percent. Byron and Dexter Peart, cofounders of Want Les Essentiels de la Vie, said their business has doubled each of the last two years as their retail partners increase their penetration of accessories. Coach’s men’s accessories sales totaled $700 million in 2014, a number that represents “explosive growth” from the $100 million it brought in just four years ago, said Greg Unis, the company’s global head of men’s merchandising and licensing. Unis sees massive potential: Currently, brand awareness of Coach among men is only in the mid-20 percent range, while it’s in the high 70s among women. IBISWorld’s McKittrick said the company is expecting men’s accessories sales to reach $1 billion by fiscal 2017.

Unis said in 2010, men’s product centered around briefcases, wallets and belts, but the company made a concerted effort to expand the assortment and distribution.

Half of the business still comes from bags, Unis said, with 25 percent from wallets and card cases. The rest is specialty accessories and the brand’s new outerwear collection. “Our newest entrant is men’s footwear, which launched for fall ’14,” he said. Backpacks are the fastest-growing item as guys view it as the “go-to bag” that allows them to keep their tech accessories organized and their hands free.

He said the backpack is a trend globally, but internationally there are “some nuances” when it comes to other products. “In China, men like to carry bags crossbody so messenger bags are proportionately high there,” he said. In Japan, the standard briefcases are still popular.

David Katz, executive vice president and chief marketing officer for Randa Accessories, which has a 70 percent share of the men’s accessories market in the U.S. with brands such as Kenneth Cole, Levi’s, Geoffrey Beene and Perry Ellis, said neckwear, wallets and belts are among the most popular categories for guys today. Specifically, skinny ties are trending and bow ties have grown to represent 15 to 18 percent of the business. In addition, men are matching their belts to their shoes more than ever today, boosting business in that category, and suspenders are performing at retail. Wallets are slimming down and lapel pins and pocket squares have also started to “move the needle recently,” Katz said.

There appears to be little end in sight to the growth as retailers and fashion houses see huge potential in everything from backpacks to footwear to, in the case of Shinola, leather-covered journals and watches. Admittedly the men’s accessories market continues to be dwarfed by the size of the women’s market, but observers say that’s a plus.

“It’s not a crowded landscape in men’s like it is in women’s,” said Ernest Sabin, founder of Ernest Alexander. “So there’s room for opportunity.”