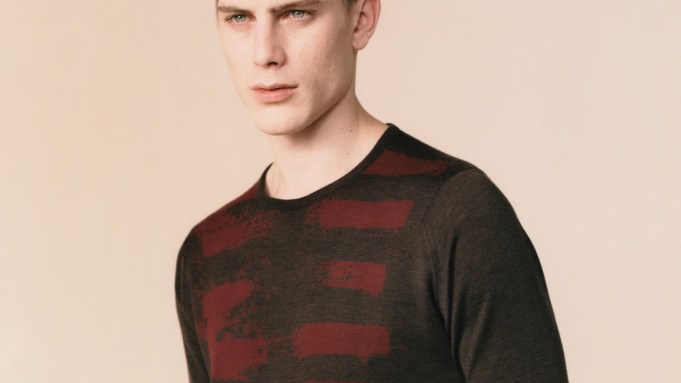 Men’s wear has been among the top-performing sectors at retail for several years, and on the eve of the New York men’s trade shows, which start on Jan. 24, brands and show organizers say the category is still a growth vehicle.

“We all saw the recent surge in the men’s wear industry and now we’re really seeing some incredibly unique and quality brands emerge,” said Sam Ben-Avraham, founder of Liberty Fairs. This season, the organizer is working with the U.K. Trade and Investment group to introduce eight British men’s wear brands to the U.S. market and will launch The Living Room, a new section dedicated to homewares and furniture.

Capsule is moving from its Basketball City venue to Pier 92, next to Liberty Fairs, and offering joint registration that allows attendees to register once for both shows.

Project, which will remain at the Jacob K. Javits Convention Center, is working with Spin My Planet app on a studio where attendees can create their own interactive photos.

MRket has teamed with Equinox on Move, a new section featuring men’s activewear brands including Rhone, Athletic Recon and Mizzen + Main, and will introduce a new, elevated booth design.

Besides these updates from the trade-show organizers, exhibitors will present their latest takes on the season. Here, five brands to check out at the shows. — ARIA HUGHES

PROJECT
John Smedley
Knitwear specialist John Smedley can trace its roots to 1784 when Peter Nightingale and John Smedley opened
a mill near a brook in Derbyshire, England. In the early days, the mill specialized in producing muslin and spinning yarn, but by the end of the 18th century, it had started knitting and hosiery manufacturing. Today, the company remains a family-owned business, managed by the eighth generation of the founding Smedley family, and has become renowned for its fine-gauge knitwear. Case in point, it is the official knitwear supplier to the royal family.

John Smedley now exports 70 percent of its production to more than 35 countries and shows during London Collections: Men.

It will also bring its fall collection to Project, where it will showcase its signature “paint” style, inspired by Thirties British abstract artist Victor Pasmore, who was famous for destroying his own artworks by slashing them with paint.

This season, John Smedley reinterpreted the slashes as intricate jacquards offered in four colors: Hepburn Smoke, Gardner Red, Bardot Gray and Brando Blue. In addition, the brand also commissioned modern artist Doris A. Day to
paint on its knitwear, to provide a contemporary take on the concept — only five of these bespoke pieces have
been created and they will be available to a single retailer.

The brand will also show a new capsule called Elevated Classics that will offer classic knitwear shapes elevated
through texture or color blocking.

Retail prices start at $81 for a simple T-shirt, up to $325 for a cashmere and silk sweater. — JEAN E. PALMIERI

MRKET
Rhone
Nate Checketts and his partners were tired of activewear that was either targeted to women with “men as an afterthought,” or was so full of “bravado and chest-pounding” that the marketing overshadowed the merchandise.

So in November 2013, they created Rhone, a brand designed to “speak to sophisticated men and how they live, work and sweat,” he said. “Whether running errands, jumping on a flight or pushing hard in the gym, Rhone feels good, looks good and performs better,” according to the brand’s ethos.

Bloomingdale’s, Nordstrom, Equinox and CorePower Yoga apparently agree, since they are among the 120 retailers that carry the brand. Rhone will bring its signature Mako and Bullitt shorts, Torrent pants and General Ts to the new Move section at MRket.

Rather than associating themselves with athletes, who might not always have the highest ethics, each Rhone style is named after “inspirational male figures” such as Steve McQueen’s Bullitt or General George Patton.

For fall, Rhone will branch into outerwear “in a very targeted way,” Checketts said, offering updated styles in fabrics such as Polartec.

CAPSULE
Tourne de Transmission
Graeme Gaughan started Tourne de Transmission, which translates to “rotating transmission,” in 2012 as a T-shirt brand. Gaughan, who also serves as a director and partner at the London-based public relations firm Sane Communications, has since expanded the collection into a full-fledged apparel line that’s sold in retailers including United Arrows, Hypebeast and FourTwoFour on Fairfax.

Tibet and Barry Kamen, a model from the Buffalo Movement who died last year, inspired the fall collection. The assortment features more outerwear, bags and a new hat offering designed in collaboration with South African brand Simon and Mary. Key pieces from the line, which retails from around $86 to $1,000, include duster coats, knitted
ikat kimonos and a reverse shearling jacket. — ARIA HUGHES

LIBERTY FAIRS
Adsum
Pete Macnee wanted to create a line that mixed his love for snowboarding and skiing with traditional men’s wear.
“I think a lot of people commit to one trend and they would just focus on technical outerwear, but that’s where we are different,” said Macnee, who designed for Billionaire Boys Club and Mark McNairy before introducing Adsum this year.

Macnee, a self-proclaimed fabric junkie, is offering a bubble coat constructed with hydrophobic down fill, dress shirts made from stretch ponte, and blazers created with wool and stretch cashmere. The line, which is made in the U.S. and Canada, will launch exclusively at Ships in Japan and retails from $195 to $1,000. — ARIA HUGHES

PROJECT
3×1
This New York-based denim brand will introduce a collaboration with Cone Mills and unveil denim styles including the Ballard and Boren, which incorporate vintage distressing and are made from Japanese selvage denim. The brand will also showcase performance denim in the M5, its slimmest fit.

According to the brand’s founder, Scott Morrison, the sportswear segment has been streamlined. “We’ve started to really pick our spots in response to what we’re seeing our guys gravitate to. There’s a bit of streetwear influence, but it’s really refined,” he said. Important pieces include a Japanese nylon convertible camouflage jacket and cropped military trousers. — ARIA HUGHES