The Cavaliers and Warriors face off in the NBA Finals in a matchup of contrasting on-court styles. But off the court, which team has the sartorial edge? 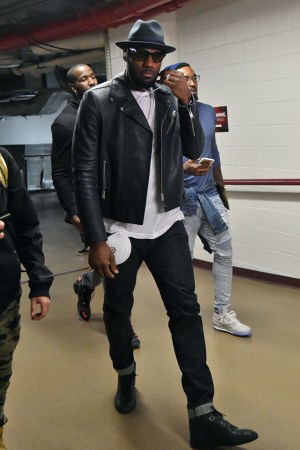 The Cleveland Cavaliers and Golden State Warriors face off in the NBA Finals in a matchup of contrasting on-court styles. But off the court, which team has the sartorial edge?

A one-on-one between this year’s newly crowned league MVP, Stephen Curry, and 2013’s MVP and perennial league force, LeBron James, would no-doubt be an exciting fashion moment. But in a style battle between the two teams, there is a clear winner — the Cavaliers by a landslide.

James displays the perfect balance between casual and dressy with his form-fitting silhouettes and fedoras. Like their on-court leader, it’s clear that the Cleveland players are unified and they are dressing as a unit. They rely heavily on accessories, but never let the outfit play them.

The Warriors as a team lack consistency, fashion direction and a good sense of style. The good looks of Curry and good efforts of Festus Ezeli are not enough to bring them much past the half court line. Let’s hope the actual series will be more of a contest.

Take a look at how some of the stars stack up from the two teams.