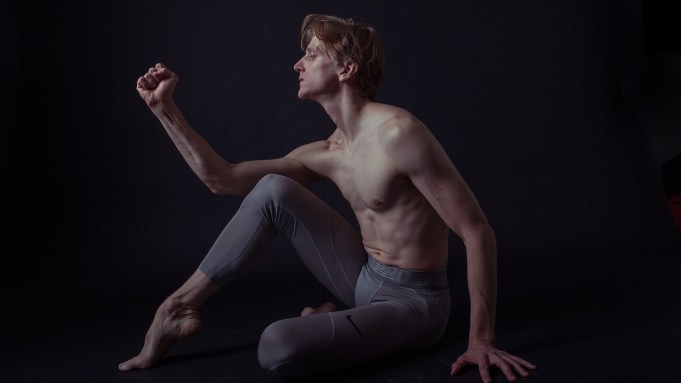 Innovation has been a hallmark of the Nike brand since Phil Knight and Bill Bowerman teamed up to create a superior running shoe in the mid-1960s. Now a $32 billion company, the Oregon-based sporting-goods brand prides itself on creating products that provide athletes with the tools they need to perform at their best.

Tonight, Nike will unveil its latest iteration in “Objects of Desire,” an exhibition that highlights its 20 years of innovation in sports apparel. The brand will showcase images from nearly 20 “brand-defining” campaigns from the past two decades, which are intended to illustrate how style and culture have evolved over the years.

The event at Nike’s brand space at 45 Grand Street, which will be open to the public from June 1 to 10, will also serve to introduce the latest series of images featuring ballet dancer David Hallberg in the NikeLab ACG Poncho.

The exhibition was curated by Paris-born and Yale-educated Dorian Grinspan, the editor and founder of Out of Order magazine. He worked in partnership with contemporary artist and architect James Casebere, who built the set for the exhibition; Niclas Gillis, a Swedish filmmaker who directed the video, and Djib Mo, a new French recording artist who penned an original score for the “I, David” project based on “Ain’t No Grave,” originally written in 1934 by Claude Ely.

Hallberg, who made history in 2011 by becoming the first American to be a principal dancer at the Bolshoi Ballet, returned to the American Ballet Theater on Saturday after losing nearly three years to a serious ankle injury. Before being sidelined by the career-threatening deltoid ligament injury, Hallberg had been the first person to be a principal dancer for both ABT and the Bolshoi simultaneously.

Looking back, Hallberg said “burning the candle at both ends” was probably not the best decision, but the Bolshoi is a legendary company and it wasn’t a chance he could turn down. So he found himself flying all over the world, performing in New York, Moscow, Singapore, Japan and more. “As a dancer, when you’re in demand, you don’t want to say no. And I paid the price.”

He weathered two surgeries, the first one a dismal failure, he said. After the second, he opted to go to Australia to rehab. “I bought a one-way ticket and thought I’d be there four months,” he said, but it wound up taking over a year. “Things had gone very wrong in New York, so it was either retire, or go down to Australia, where they have the best dance rehab in the world.”

It worked and Hallberg is now back at the top of his game. His emotional and triumphant appearance in “Giselle” last weekend received high marks from the ballet community. But he’s also a changed man.

“I feel like I’ve been totally rebirthed,” he said. “I’m a completely different artist now and that’s the silver lining. Things mean so much more now. Everything is more honest and raw.”

He has worked as hard honing his “instrument” — as he refers to his body with a head-to-toe sweep of his hand — as he ever did dancing. And he’s also learned firsthand the “delicate balance between expressing my art form and conditioning like any other athlete. There’s got to be as much rest as work. I can’t bash my body anymore.”

It was this perseverance and athleticism that made Hallberg the ideal model for Nike’s latest ACG campaign.

He said he had been talking to the brand for over five years but any partnership had to be organic and not forced. “This was a very natural evolution,” he said. “Collaborating with Dorian and working with the ACG poncho, which signified weathering the outer elements, clicked with me right away. I’ve weathered a lot in my career, so it spoke to me.”

It should also help further elevate ballet as a sport. Hallberg isn’t the only ballet dancer to be signed to an activewear brand: ABT’s Misty Copeland is an ambassador for Nike’s arch-rival Under Armour.

“We train like athletes and we push ourselves to the limit,” he said. “It’s great that we’re gaining awareness of how dancers hone their craft.”

So will Hallberg return to the Bolshoi now that’s he healthy? “Not yet,” he said. “I’m just going to take it one show at a time.”

Tonight he’ll be center stage again, but at the Nike space instead of the Metropolitan Opera House.

The still and video images of Hallberg highlight what Nike is calling “a pinnacle garment from the NikeLab summer ACG Collection — built to move, designed to adapt and constructed to protect.”

The film is inspired by the original Objects of Desire campaign shot by Thierry Le Gouès in 2000 that featured several of Nike’s most accomplished athletes.

The poncho is intended as “a symbolic armor of protection and a tool for achievement,” Nike said. It’s a three-layer, water-resistant piece made from a rip-stop fabric with an adjustable hood, reinforced brim and magnetic closures on the sides. The poncho also features a dual-zip, internal kangaroo pocket.

Gino Fisanotti, vice president of North America marketing for Nike, said the summer NikeLab ACG “is an important new chapter in Nike apparel’s design and innovation journey, a trigger to celebrate Nike’s history in apparel and to celebrate two decades of iconic Nike apparel campaigns. ACG represents one of our pinnacle apparel collections, always focused on serving today’s urban explorer, because we believe the city has become the ultimate landscape.”

He said over the past two decades, Nike has worked to “transform the way we think about materials, fit and even how athletes think about a system of dress. It goes without saying that these insights also inspire and impact innovations in sport style.” Among the most important, he said, are the Dri-Fit, Tech Pack, the 2004 Olympics Swift Speed Suit and the Euro Champs 2012 French jerseys.

When the exhibit closes in New York on June 10, Nike intends to “share the journey of design and innovation in the future and in other cities,” said Fisanotti, who declined to be more specific.