The men's runway shows will see references of everything from college campuses to cannabis. 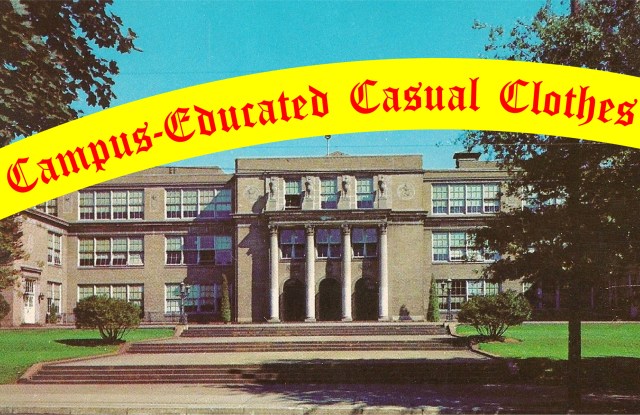 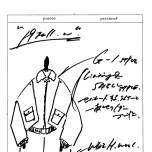 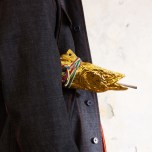 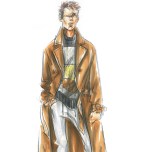 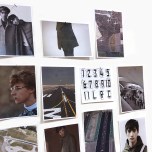 New York always offers a diverse group of designers, with aesthetics that range from classic men’s wear to streetwear, and even nonbinary. As the last round of the men’s fall runway season gets under way, brands offer a peek into their inspiration this season — everything from technical sport and the California desert rock scene from the Sixties to  uniforms for the modern-day cannabis ambassadors.

“Combining robust flannel, washed tweeds and vintage velvets — the contrasting textures, hues and patterns in the Joseph Abboud fall 2019 collection are as unique and diverse as the immigrants who helped found this country.” — Joseph Abboud

“This season, art — an integral strand of the Boss DNA — is our starting point. We take on the role of curator, traveling the world in search of creative ideas, and have stopped in New York. The gallery district in Chelsea has inspired the design, creation and curation of the new fall collection.” — Ingo Wilts, chief brand officer, Boss

“Dyne fall 2019 stays true to its technical sports-inspired roots, elevating the materials through texture and color and inspired by the beautiful outdoors of the Oregon Painted Hills. Tailoring is at its roots as always and fabrics have been sculpted to have a universal appeal.” — Chris Bevans, Dyne

“This collection was inspired by a contrast between gamer culture and vintage queer pornography. I wanted to subvert the tropes of video game and athletic cultures and create a sort of fantasy of all of these things mixing together.” — Neil Grotzinger, Nihl

“I love you to the moon and back.” — Robert Geller

“The color palette and graphics for fall 2019 were inspired by a trip to Hokkaido, Japan. We’re also introducing four bags this season, including the mariner duffel. In both categories we’ve aimed for design that’s handsome and timeless, while giving our guy unexpected, sophisticated details.” — Victor Li

“Inspired by the work of Frank Meadow, this season we celebrate the fishermen from the 19th century. By conveying the spirit of the fisherman and the scenery of their daily life to the collection, from the tools they use for work to the sense of harbor.” — Chan Chit Lo

“Using the circus as a reference point, the fall 2019 collection explores our modern relationship with performance.” — Vasilis Loizides

“A modern clothing collection for the people who always gamely explore the new movement, culture and world. Clothing that connects the past and the next 100 years. Clothing that goes beyond limitation, time and gender.” — Sayori Tanaka, Tanaka

“Love thy neighbor, but dress like yourself. We find inspiration in the individualism of New Yorkers — fewer judgments and an openness to people who celebrate personal style. It’s about respectfully living amongst others but truly being yourself.” — Matteo Maniatty and Dres Ladro, Descendant of Thieves

“With South Korea’s recent medical marijuana legalization and New York’s impending recreational legalization, cannabis is quickly transforming into a global movement. Capital injections are getting larger, and the stakes are higher than ever. This season, Sundae School designs uniform for the modern cannabis ambassadors and entrepreneurs through comfortable, functional wear that reimagines the traditional Korean silhouettes with a Western twist.” — Dae Lim, Sundae School

“Inspired by commuters and business/leisure travelers around the world, this collection was specifically inspired by TriBeCa’s industrial modern fine lines with its relaxed and calm feel the neighborhood portrays as the motive.” — Jimin Kim, Dear Miler