The popular DJ started the line in Japan three seasons ago, but now he’s ready to bring it to the U.S. 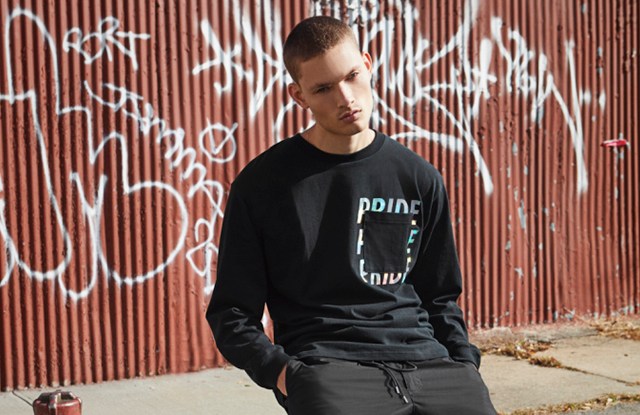 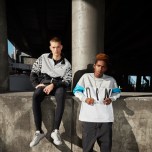 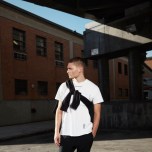 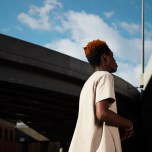 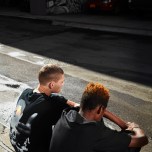 Steve Aoki, DJ and owner of Dim Mak records, is bringing his high-end men’s line, also named Dim Mak (which means “the touch of death” in Chinese) to the U.S.

Aoki produced and sold T-shirts and hoodies under the Dim Mak label from 2006 to 2011 but always wanted to create a luxury lifestyle collection. In 2014 he had the opportunity to do that by partnering with Parco, a Japanese mall operator, to produce and distribute the line.

Aoki said that because of the collection’s success in Japan — it had high sell-through rates at retailers including Opening Ceremony and Youth by United Arrows — he believes it’s time to make the brand available in the U.S.

“I’ve been involved in building different lines for a long time and know how difficult it is to do it in America,” said Aoki. “I’m just glad we had the wherewithal to start in Japan, see what was working and what wasn’t working and take the line out here.”

According to Aoki, the assortment has an American edge with Japanese pride. It’s made and designed in Japan and features streetwear basics created with Japanese textiles, interesting graphics and updated silhouettes. The line ranges from around $87 for a graphic T-shirt to $700 for a jacket. While Parco has helped him with production and distribution in Japan, Aoki is footing the bill for the brand’s U.S. operations.

The line will be sold on Dim Mak’s e-commerce site and although Aoki hopes the brand will be picked up by retailers including Barneys New York, Opening Ceremony and H. Lorenzo, he doesn’t want its distribution to be too widespread.

“It’s not about getting into that many stores,” said Aoki. “Eventually, we will open up our own stores and partner with other stores but it’s not about profit margins. I make my money in different places, in music mainly, so the goal is to have a really great collection of clothes that represent Dim Mak and the energy and spirit of our business.”

To celebrate the launch, Aoki is holding a party tonight and a pop-up at Seventh Gallery in Los Angeles on Fairfax that will display a mural by street artist Drew Merritt that consists of 75 Dim Mak T-shirts, which will be available to purchase for $150.

It’s been a big year for Aoki, who started Dim Mak records 20 years ago and recently released a Netflix documentary titled “I’ll Sleep When I’m Dead,” which explored how pressure from his father’s legacy — Hiroaki Aoki, the Japanese-born American wrestler who also founded Benihana — affected his workaholic nature. Hiroaki Aoki died in 2008.

“It’s different now,” said Aoki of the self-induced mandates he created because of his father. “He’s there subconsciously but he’s not there so much as he was in the beginning. Now it’s different. It’s ingrained in my ethos.”

“I’m sad. I’m embarrassed by it,” Aoki said when asked how he feels about Donald Trump being the president-elect. “Originally I was a Bernie [Sanders] guy, but at the end of the day we all have to stand united. If we got all of the Bernie supporters behind Hillary, we probably could have taken down Trump.”