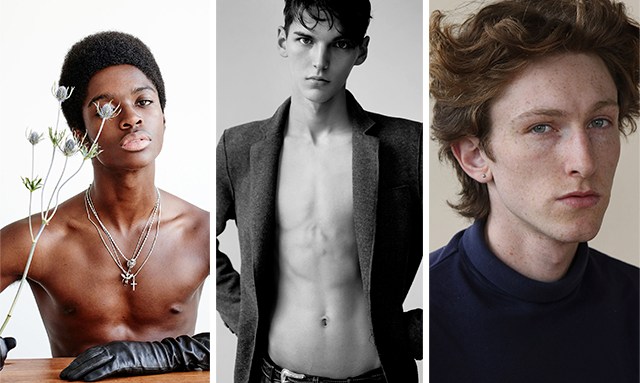 Runway shows are about more than just clothes, they’re also about the boys who wear them. And with their diversity and unique looks, the new crop of male models to hit the Milan runways for the spring season continues to show how the casting process is ever evolving.

Bio: This is his first show season in Milan.

Bio: Elijah walked exclusively for Raf Simons during New York Fashion Week: Men’s for the fall season, and spring will mark his introduction to the Milan scene.

Bio: This is Epperson’s first show season in Milan although he walked for the first time during New York Fashion Week this past season. Epperson is notable for walking Coach’s 75th anniversary runway show, the inaugural New York showing of Raf Simons’ collection as well as the Calvin Klein runway for fall.

Bio: Carson made his debut on the runway during New York Fashion Week: Men’s for fall, walking for Billy Reid, David Hart, Hugo Boss, John Elliott, Kenneth Ning, Orley and others. This will mark his first fashion week in Milan.

Bio: This is his second show season in Milan after walking exclusively for Gucci last season. His season began early when he walked in the Hugo Boss show at Pitti Uomo in Florence earlier this week.