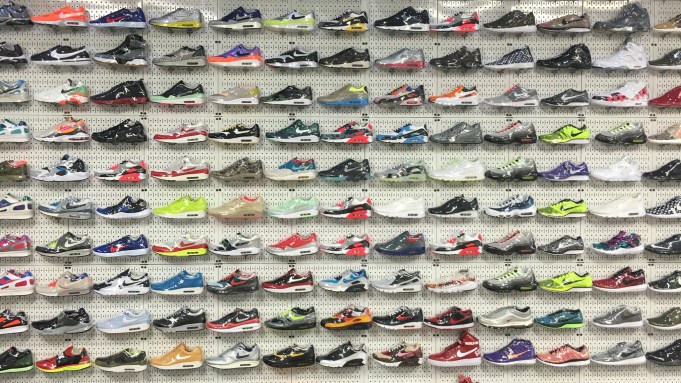 It’s hard to keep up with what’s new in New York City, so here are eight buzzy things to do, eat and see as the men’s wear circuit makes its way to Manhattan.

Totokaelo is only a few months old, but the Seattle-based retailer has already renovated its two-level men’s section. It’s now a brighter space stocked with designers including Dries Van Noten, Rick Owens and Maison Margiela.

This recently opened gym takes the monotony out of running on a treadmill with a variety of running classes for all fitness levels. Its most popular workout, the Dash 28, mixes interval runs with kettle bell training.

The New Food Hall: The Pennsy

Founded by Mary Giuliani — the celebrity caterer calls Stella McCartney and Bradley Cooper her clients — this new Penn Station food hall is lined with stalls from popular chefs including Marc Forgione, Franklin Becker and Mario Batali, who collaborated with Giuliani on a sandwich shop. Another big draw? The Cinnamon Snail, a popular New York City vegan truck that opened its first physical store within the space.

Leave it to Dover Street Market to land in-store shops for two of-the-moment designers: Demna Gvasalia of Vetements, who recently succeeded Alexander Wang at Balenciaga and Alessandro Michele of Gucci. Vetements has opened its first-ever shop within the store — Dover Street launched with its rain jacket but now carries the spring collection — and Michele’s exuberant design sensibility is on display at the new Gucci shops-in-shop, which is also permanent.

Much like other sneaker consignment shops, Stadium Goods is lined with rare, plastic-wrapped styles from Jordan, Nike and Adidas. But this recently opened SoHo shop also sells a small collection of hard-to-find apparel from Supreme. In December the retailer acquired and sold a $50,000 Supreme x Rolex Submariner watch.

The team behind Tao and Lavo has opened a new restaurant, bar and lounge that’s decorated with artwork commissioned by seven street artists including Shepard Fairey, Tristan Eaton and Vhils. The menu is a mish-mash of international fare ranging from sticky rice dumplings to blackened shrimp arepas.

Its Division Street location means patrons can expect a hip, Lower East Side crowd, but Kiki’s menu is rooted in tradition. The restaurant, which was founded by the team behind Forgetmenot, serves no-frills Greek dishes including grilled lamb chops presented atop a bed of fries and oven-roasted chicken complemented with lemon potatoes.

Sculptures from Pablo Picasso replaced Jackson Pollock’s works at the Museum of Modern Art earlier last year, but now the collection is back and bigger. MoMa’s newest exhibit, “Jackson Pollock: A Collection Survey, 1934–1954,” highlights about 50 works from the artist and not just his signature drip paintings. His small engravings, screenprints and lithographs are also on view.