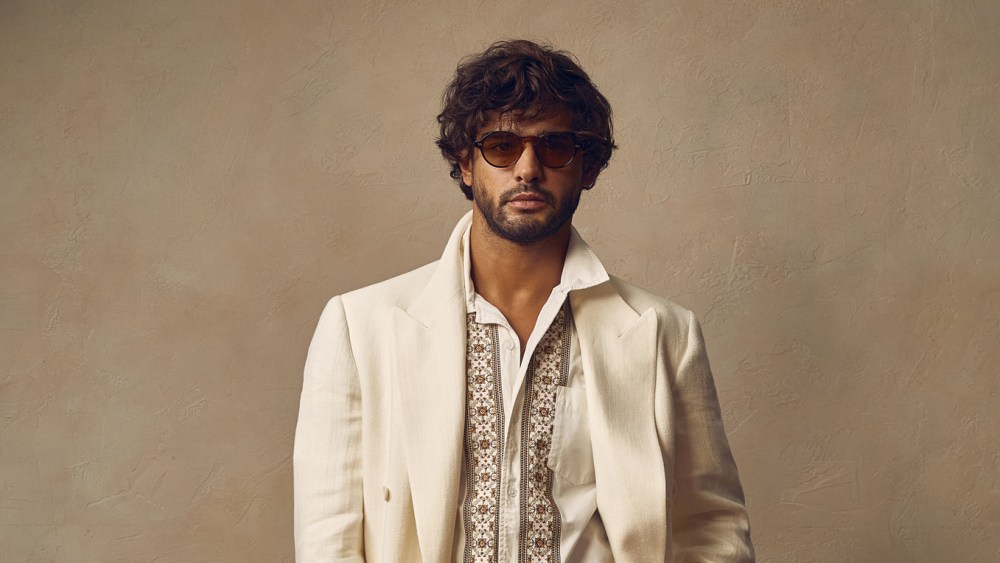 Todd Snyder has a new destination on his bucket list: Tangiers.

The port city in northern Morocco was the inspiration for the designer’s spring collection — and it showed in the relaxed silhouettes, desert-inspired palette and rustic prints that were evident throughout the line.

“I’ve never been to Tangiers, but that’s my next destination,” he said.

Called the Nomad Collection, the creation of the line started from a Tuareg rug, a traditional floor covering made from reed, palm and camel leather to create geometric patterns.

“I was looking at photographs from the 1950s of Tangiers and was inspired by the way the American expats mixed their gentlemen’s clothes with bohemian ones,” Snyder said. “These artists and writers were searchers, nomads belonging ‘no more to one place than the next,’ as Paul Bowles wrote in ‘Under The Sheltering Sky.’ So, in our collection you’ll see looks, including a relaxed pleated trouser with a homespun shirt jacket that’s inspired by a Tuareg rug from Morocco.”

There are ikat-printed short sets, tunics and polos with open weaves, mesh tank tops, Ghurka-inspired shorts and pants, and sweaters with patterns based off of the Tuareg. There’s also a touch of macramé in evidence in the collection.

For his more tailored pieces, which are being made in Italy, Snyder offered up a roomier fit to appeal to today’s man. “The menswear pendulum is shifting back to softly tailored suits with a relaxed fit that are reminiscent of The ’80s,” he said. And his 3 1/4-inch neckwear is also a throwback to that decade.

To complement the spring collection, Snyder also created a line of “rustic” sandals for the first time.