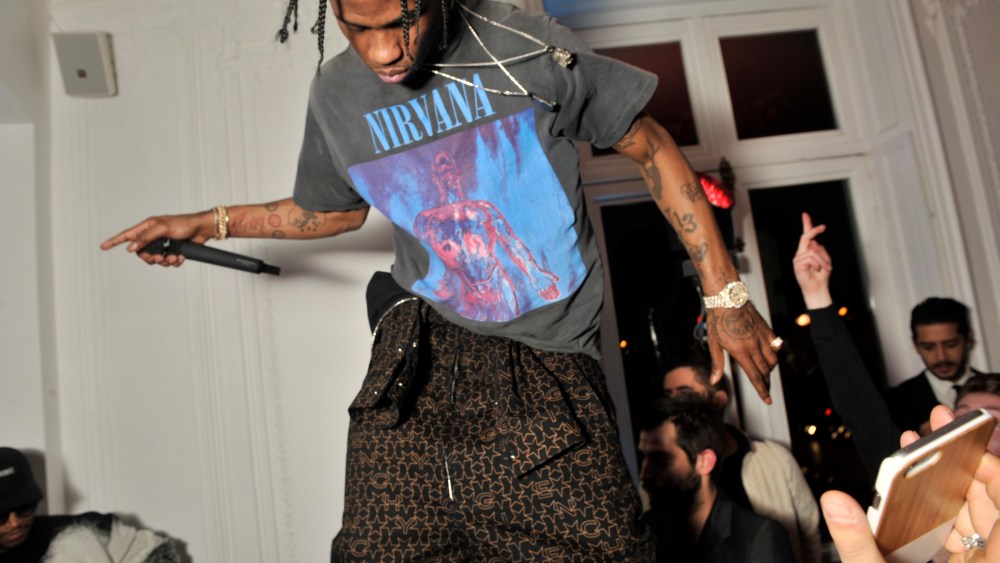 Travis Scott has partnered up with Helmut Lang.

The rapper, whose real name is Jacques Webster, has designed a limited-edition, 19-piece men’s capsule collection for the brand, which will be available on Jan. 30 on Helmut Lang’s e-commerce site along with its Melrose Avenue location in Los Angeles, its Meatpacking District store in New York, Barneys New York, Selfridges and select retailers worldwide.

The line is influenced by Scott’s Texas roots and includes T-shirts, outerwear and denim that come in an earthy color palette, which represents the landscapes Scott grew up around, and will feature appliquéd patches. T-shirts will retail from $175 to $185, the leather jacket will retail at $1,715, shoes start at $395, denim retails around $310 and bombers and jackets will sell for $695.

This isn’t Scott’s first time producing apparel and collaborating with a brand. The 24-year-old rapper, who’s known for his energetic live performances that sometimes involve forcing a cameraman off stage, worked with streetwear brand Diamond Supply Co. on a line of product last year along with London-based line Maharishi. He’s also created his own “Rodeo” tour merchandise and appeared in campaigns for Puma, Alexander Wang and Yves Saint Laurent.

Helmut Lang, which was acquired by Link Theory Holdings, a subsidiary of Fast Retailing of Japan, in 2006, has struggled to find its footing over the last few years. In 2006 it shifted from designer to contemporary and in 2014 its long time creative directors, Nicole and Michael Colovos, left the company and since then they haven’t staged a runway show or presentation. Andrew Rosen, the chief executive officer of the brand and of Theory, has also attempted to revitalize the line by restructuring, expanding its men’s collection and relaunching fragrances. This is the first time the brand has collaborated with a celebrity on a capsule collection.