These two brands are the names to get to know for the second half of the year and to transition to men's wear's new look.

Now is as good a time as ever to know the names Cactus Plant Flea Market and Everard Best.

The streetwear brand and the New York City-based designer have been separately building solid followings and are seen transcending the streetwear world and crossing into mainstream fashion at a time when designers and retailers may be experiencing streetwear fatigue.

First, the two are far from new, and second, they hit several marks expected to propel them forward.

Cactus Plant Flea Market is a mysterious streetwear brand founded by Cynthia Lu with an origin that dates back to 2015. Lu, who worked closely with Pharrell Williams at Billionaire Boys Club and at the artist’s multimedia creative collective I Am Other, produces graphic T-shirts, hoodies, and accessories that are favored by the Grammy Award-winning producer, along with Travis Scott, Tyler the Creator, and Kanye West.

The brand is carried at Dover Street Market in New York City, and this year launched collaborations with Stussy, Anti Social Social Club, with Kid Cudi for Coachella and took part in Nordstrom’s Union & Company pop-up. 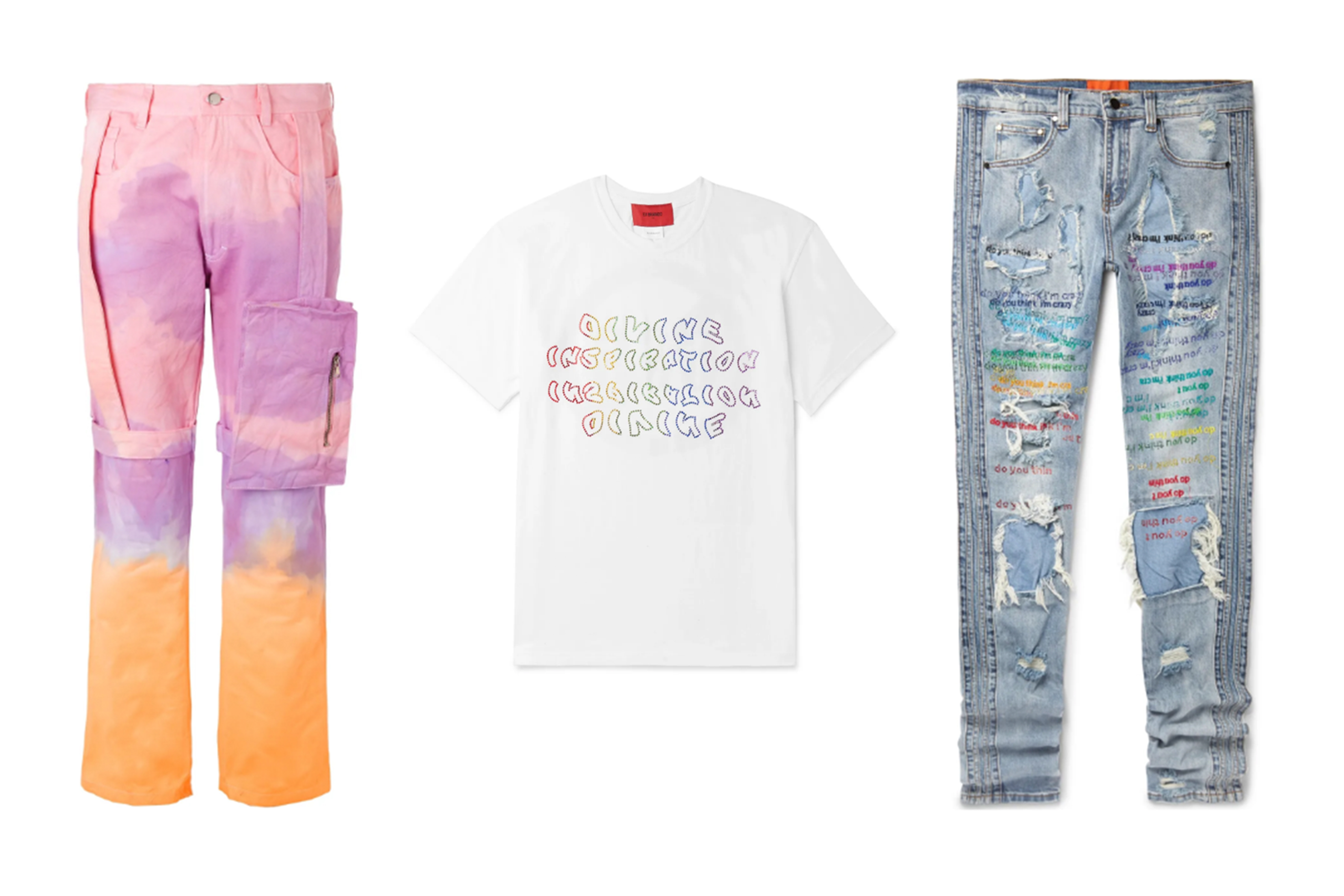 Elmont, N.Y.-native Everard Best started a number of fashion ventures over the years, most notably Ev Bravado in 2016, which he recently re-branded to Who Decides War. Best grew up around fashion manufacturing — his father operated a tailor shop — and he followed in his father’s footsteps in his teens, producing his own wardrobe in high school. After launching his own collection, which is known mostly for its DIY approach to denim design, he worked with Virgil Abloh on Off-White.

The offering is unfiltered and expressive, much like Best’s “Divine Inspiration” capsule, which is available now exclusively on Mr Porter. Best drew inspiration from the rainbow that Noah saw at the end of the flood for the uber-colorful collection that includes multicolor graphics on a T-shirt and sweatshirt, rainbow distressing on jeans, and tie-dye gradient patterns on a ripped sweatshirt and strap-detailed denim jeans. The line had also been carried at Barneys Japan and Best hosted pop ups in 2018 with Heron Preston in Paris, rapper Joey Bada$$ and Neiman Marcus.

While neither brand has reinvented the fashion wheel, Cactus Plant Flea Market is cultivating hype through its Nike collaborations and showing that streetwear is still holding strong while Everard Best is producing street-approved looks that go beyond the typical T-shirts and hoodies. Both are well-positioned to be major players in a post-streetwear world.